Trump vs. Biden: How did we get here, America? 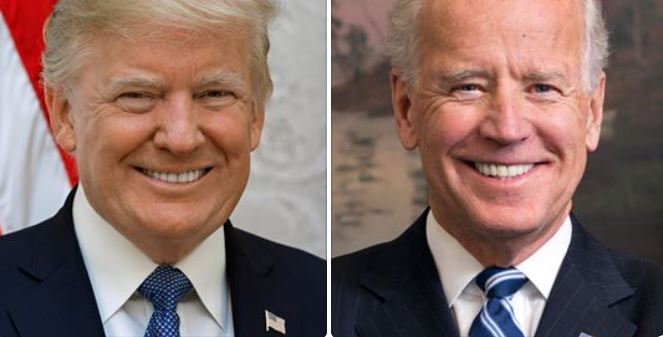 In a harrowing rehash of the 2016 general election, Americans are once again presented with a false choice, forced to select between two uninspiring leaders with a history of alleged sexual misconduct.

When Vermont Sen. Bernie Sanders’ decided to suspend his presidential campaign, the politically-educated factions of America ejected a collective sigh of exasperation. For reasons undisclosed, the Democratic Party favored former Vice President of the United States Joe Biden to represent its platform, inexplicably repeating the same mistakes that sabotaged its 2016 efforts to retain the White House.

Of course, that’s not meant as an endorsement of incumbent U.S. President Donald Trump.

As Biden scrambles to earn support from a reluctant Sanders coalition, Trump continues to fumble America’s coronavirus response, describing the prospect of 100,000 American casualties as a personal success.

While conservative pundits invest scarce resources toward convincing Americans that the leader of the free world did not publicly float the idea of injecting sanitizer to combat COVID-19, the democratic nominee faces a sexual assault allegation from a former aide that is accruing more momentum by the day.

How did we get here, America?

For all the political contentions leveled against past presidential administrations, Americans could remain confident that U.S. leadership would approach moments of crisis with poise and grace. Once considered the standard-bearer of international direction and diplomacy, American leadership since devolved into a caricature of itself. A country that once stood as a pillar of unity and strength is now a highlight reel of incompetency.

Unfortunately, the current standards applied to American leadership today are subterranean, rapidly devolving since Trump’s inauguration in 2017. As a result of dwindling expectations, Americans are tasked with deciding between a president who resorts to blatant mistruths whenever lying is deemed politically convenient and a challenger barely capable of stringing together two coherent thoughts.

Unfortunately, that’s not even mentioning the 35-plus allegations of sexual assault collected between both candidates, including Tara Reade’s emerging sexual assault claim against Biden.

President Trump refuses to take responsibility for his administration’s failures, instead displacing his own shortcomings on the media. However, it’s not that the media lies about or distorts his rhetoric–many of his blatant mistruths and subsequent contradictions are immortalized on video–but rather that direct recounts of his own words inconvenience an overwhelmed man desperate for approval.

The contrast between former President Barack Obama’s stance of presidential responsibility and Trump’s apparent immunity to fault is resounding. When faced with the prospect of Ebola migrating stateside, Obama acknowledged that responsibility for the American pandemic response rest at his feet.

“I am less interested in passing out blame than I am learning from and correcting these mistakes to make us safer,” said Obama during a 2010 press conference. “For ultimately, the buck stops with me. As president, I have a solemn responsibility to protect our nation and our people. And when the system fails, it is my responsibility.”

So once again, how did we even get here? More specifically, how have Americans managed to reproduce the tragedy known as the 2016 election?

It’s no secret that despite winning the popular vote, Americans harbored a distaste for 2016 Democratic nominee Hillary Clinton. The former U.S. Secretary of State struggled to justify her history of flip-flopping agendas and support for racially discriminatory bills.

Democrats pondered the question of whether or not Trump’s victory operated as a byproduct of individual merit or whether it was a consequence of fatigue against a perennial Democratic failure. For four years, Democrats took solace in the idea that Trump only earned the Oval Office because of Clinton’s objectively bad candidacy.

Then Democrats chose Biden to represent them in 2020.

Biden comes with the very same concerns that plagued Clinton’s campaign, only the former vice president and Delaware senator lacks the mental agility to compensate for his shortcomings.

Biden’s ancient stance on recreational drug use is both hypocritical and archaic, a relic of a past political vendeta that resulted to mass incarceration. Biden’s endorsement and contributions to the the Anti-Drug Abuse Act of 1986 indirectly crippled Black American communities, as well.

In fact, in an effort to showcase a tougher stance on crime than Ronald Reagan and George H.W. Bush, Biden assisting in pushing through a series of punitive legislation, many of which he’s since backpedaled on.

On the other side of the aisle stands a man whose rhetoric is so inflammatory that it emboldens white nationalists and neo-Nazis to march under his slogan.

Take a moment to digest the gravity of that.

As if the idea of white supremacists like Richard Spencer standing behind a podium screaming “heil Trump!” isn’t alarming enough, Trump–who severed funding to the World Health Organization (WHO)–recently regressed into shameless zealotry while attempting to persuade his supporters to protest the social distancing mandates recommended by the leading health experts across the globe.

Capable men and women were passed over in favor of Biden and Trump. Men and women capable of honoring the sanctity of the Oval Office failed in their quest to lead America out of this embarrassing period where clumsy slogans and name recognition are enough to propel candidates to the forefront of their party.

Maybe that’s who America is today. Perhaps America is such a divided nation that both liberals and conservatives will voluntarily look the other direction as infected candidacies contaminate the very integrity of their parties’ core values.

Perhaps Americans are overconfident in America’s standing as leader of the free world, so conditioned to believe in America’s perceived invincibility that voters fail to realize that inept leadership resulted in the demise of nearly every great superpower in world history.

But as other first-world nations implore their citizens to avoid the U.S. during a time of crisis–Norway referred to America’s healthcare system as “poorly developed”–it’s time for an internal investigation into America’s political and humanitarian directions.

As a proud American, it’s difficult listening to foreign nations demean the United States. On the other hand, it’s become impossible to defend trust fund beneficiaries like Ivanka Trump or Jared Kushner gifted with authority neither are qualified for.

Americans deserve better. It’s time to start demanding more than what Biden or Trump can offer the general population. Until then, Americans can look ahead toward selecting between a president harboring a thinly-veiled Napoleon Complex and a challenger whose cognitive abilities appear to be in rapid descent.

As educated Americans, we must raise our standards.