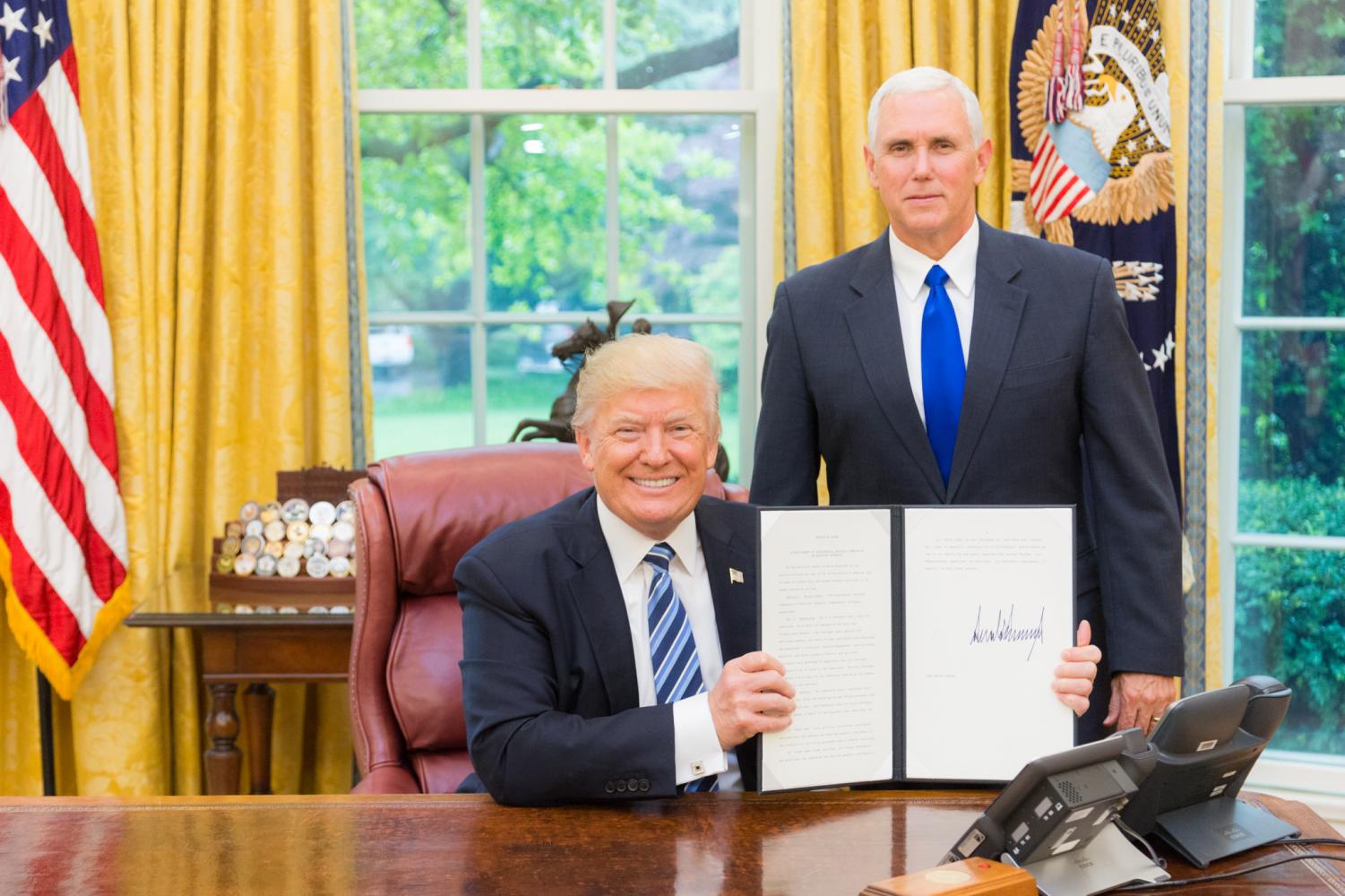 Claim No. 2: The Trump Administration cut funding to anti-pandemic efforts

The claim was populated by Popular Information’s Judd Legum, who tweeted that Trump “fired the entire pandemic response team” before failing to replace them. The tweet, accompanied by a chart illustrating the increasing statewide presence of coronavirus COVID-19, continued by claiming Trump went so far as to eliminate the positions.

In 2018, then-Senior Director for Global Health Security and Biothreats Rear Adm. Timothy Ziemer abruptly departed the National Security Council. In an attempt to reorganize for the sake of “streamlining,” John Bolton abolished Ziemer’s abandoned position and dissolved his team.

One month earlier, Homeland Security adviser Tom Bossert, who the Washington Post reported “called for a comprehensive biodefense strategy against pandemics and biological attacks,” resigned from his position as Bolton prepared to assume power. However, NBC News later reported that Bossert was fired.

In an op-ed for the Washington Post, Cameron wrote that the White House “dissolved the office,” subsequently leaving the United States underprepared for the emergence of a pandemic.

“Its mission was the same as when I was asked to lead the office, established after the Ebola epidemic of 2014: to do everything possible within the vast powers and resources of the U.S. government to prepare for the next disease outbreak and prevent it from becoming an epidemic or pandemic. One year later, I was mystified when the White House dissolved the office, leaving the country less prepared for pandemics like COVID-19.”

However, current Republican political adviser Tim Morrisson defended Bolton’s claim that the decision to dismantle Ziemer’s team was an attempt to consolidate positions.

“It is true that the Trump administration has seen fit to shrink the NSC staff,” wrote Morrisson. “But the bloat that occurred under the previous administration clearly needed a correction. … One such move at the NSC was to create the counterproliferation and biodefense directorate, which was the result of consolidating three directorates into one, given the obvious overlap between arms control and nonproliferation, weapons of mass destruction terrorism and global health and biodefense. It is this reorganization that critics have misconstrued or intentionally misrepresented. If anything, the combined directorate was stronger because related expertise could be commingled”

John Bolton echoed Morrisson’s description. In a March 14 tweet, Bolton described attacks on the NSC merging departments as “false,” claiming that, despite the consolidations, global health remained a national priority.

Claims that streamlining NSC structures impaired our nation's bio defense are false. Global health remained a top NSC priority, and its expert team was critical to effectively handling the 2018-19 Africa Ebola crisis. The angry Left just can't stop attacking, even in a crisis.

In remarks on the Senate floor, Sen. Chuck Schumer claimed that the Trump administration cut Obama-era health measures aimed at preventing the spread of global pandemics. Schumer’s claim–which asserted that the “CDC was forced to reduce the number of countries from 49 to 10”–was later adopted by Democratic Sen. Chris Murphy of Connecticut, though Murphy subscribed to different figures.

“President Obama set up anti-pandemic programs in 47 vulnerable countries, as a way to protect against something just like Coronavirus breaking out across the world,” Murphy wrote. “Experts begged Trump to keep them open. He closed 37 of them.”

President Obama set up anti-pandemic programs in 47 vulnerable countries, as a way to protect against something just like Coronavirus breaking out across the world.

While it’s true that the Trump administration planned to slash funding to the CDC’s global disease outbreak program, the agenda came in anticipation of exhausted resources.

The CDC told Factcheck.org that the funds allotted to the Global Health Security Agenda, a 2014 pact agreed upon by 60 nations, served as a one-time, five-year agreement designating $600 million toward the cause. According to the CDC, that amount ran out in September of 2019.

As a consequence of dwindling funds, Wall Street Journal reported that the director of the CDC’s Center for Global Health stated that the Division of Global Funding would need to “scale its global health security portfolio to focus efforts based on existing resources.”

Due to limited financial resources, the CDC planned to invest its focus toward 10 “priority” countries, suspending their efforts in 39 additional countries. However, such cuts were avoided once Congress provided the CDC’s global health program with additional funding.

On March 14, the Democratic National Committee criticized Trump, interrogating a Feb. 26 remark by President Trump. At the time, Trump said, “Some of the people were cut, they haven’t been used for many years. And if–if we ever need them, we can get them very quickly. And rather than spending the money — and I’m a business person — I don’t like having thousands of people around when you don’t need them. When we need them, we can get them back very quickly.”

However, the remark came in response to a question about proposed cuts to funding for the CDC, WHO and National Institute of Health, proposals the administration hasn’t yet pursued.

Verdict: It’s true that the Trump administration dissolved the team dedicated to halting the progression of global pandemics. It’s also true that the Trump administration failed to replace departing experts. However, while competing narratives exist over whether Bossert resigned or was forced out, the remainder of the team “abruptly left” or was combined with adjacent agencies. Therefore, the claim contending Trump “fired the entire pandemic team” is false.

Furthermore, Democrats such as Schumer and Murphy mischaracterized the efficiency and finality of proposed cuts to various organizations, including the CDC.

Conflicting accounts emerged surrounding the motive behind abolishing the aforementioned positions and reducing funds to anti-pandemic efforts, thus skewing public perception. However, while the Trump administration entertained the idea of severing funding to the CDC, Congress later provided enough funding to avoid scaling back Obama-era measures enacted to protect the United States from a pandemic.