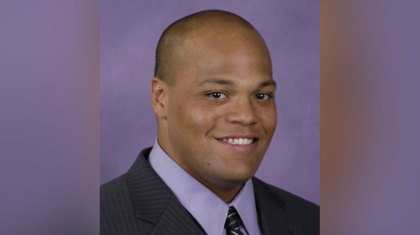 Jace Prescott, brother of Dallas Cowboys quarterback Dak Prescott, died at age 31. No cause of death has been revealed.

The Dallas Cowboys organization released a statement confirming Jace’s passing. The statement, released late Thursday evening, reads, “It is with great sadness and support that we share the news of the passing of Jace Prescott today. The loss of Tad and Dak’s brother is devastating. At this incredibly difficult time, the Prescott family asks only for prayers and respect for their privacy.”

Jace was the middle of three brothers, younger than eldest Tad and older than Dak, who turns 27 in July. The three brothers relied on one another during their mother Peggy’s battle with colon cancer, which she eventually succumbed to in 2013.

Jace played college football at Northwestern State, redshirting in 2007 before seeing action in 11 games the following season. Jace finished his college career 3-0 as a starting quarterback before an injury prematurely ended his career in 2009.

Jace also appeared alongside his two brothers in a Campbell’s Chunky Soup commercial last year, which subtly honored Peggy, who reportedly used to tell Tad and Jace to look after Dak.

As a high school athlete, Jace earned an honorable mention on the LHSAA’s 2006 Class 4A All-State football team in addition to being a First-Team Times’ 2006 All-City Football selection.

More from the Independent: