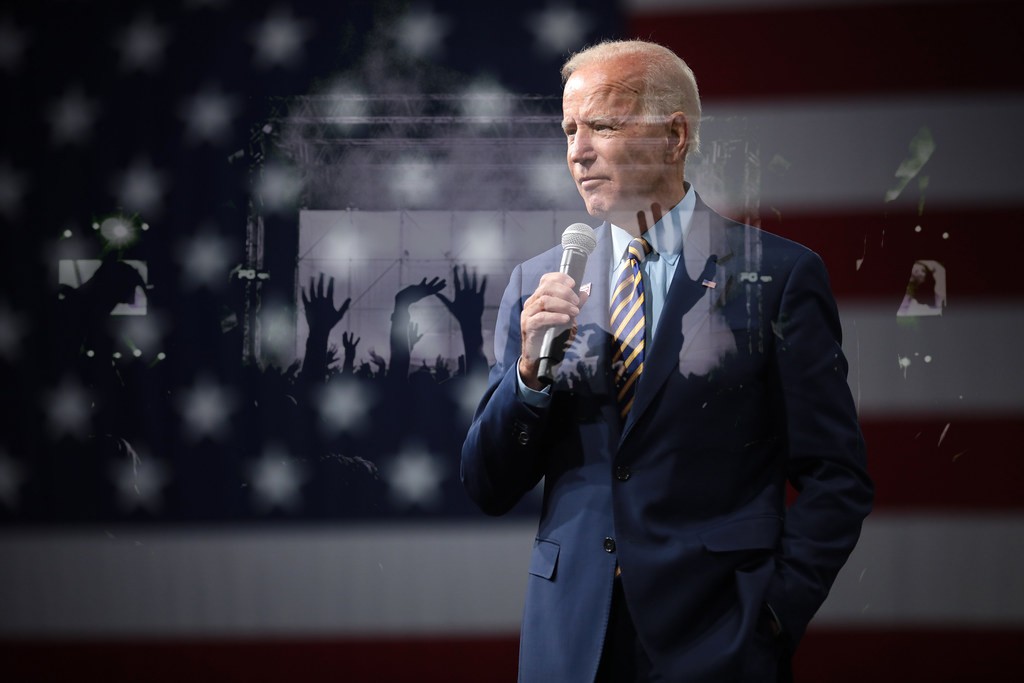 Joe Biden’s stance on cannabis and recreational drug use is not only prehistoric but also needlessly hinders the United States’ ability to resolve substance abuse-related issues.

Biden, whose well-documented vendetta against recreational drug use saw the former Delaware senator prohibit research surrounding the effects of marijuana use, long contended that there is not enough scientific evidence to justify federal legalization.

“The truth of the matter is there’s not nearly been enough evidence that has been acquired was to whether or not it is a gateway drug,” said Biden, speaking at a 2019 town hall in Nevada, a stance the Democratic nominee backpedaled on less than a month later. “It’s a debate, and I want a lot more before I legalize it nationally. I want to make sure we know a lot more about the science behind it.”

Biden is not a stranger to the anti-substance bandwagon, taking part in different War on Drugs-type legislations throughout his political career.

Biden sponsored and partially authored the Anti-Drug Abuse Act of 1986, which fueled racial disparities in mass incarceration rates by differentiating the possession of crack and powder cocaine, creating a sentencing disparity between seemingly similar offenses.

Under the Anti-Drug Abuse of Act of 1986, legislators penalized the sale of five grams of crack cocaine as heavily as the sale of 500 grams of powder cocaine, authorizing a five-year mandatory sentence for each quantity. The legislation created a 100-to-1 sentencing ratio that arrested socioeconomic mobility within predominantly minority communities.

Biden also co-sponsored the Anti-Drug Abuse Act of 1988, which aimed to lengthen prison sentences for many drug-related crimes.

In 2002, Biden sponsored a bill titled the RAVE Act (Reducing Americans’ Vulnerability to Ecstasy Act), which unsuccessfully aimed to hold rave promoters, business owners and property owners liable for drug-related offenses that occur at their events or on their properties.

In a C-SPAN clip from 2001, Biden stated, “I would be passing new ordinances relating to stiff criminal penalties for anyone who held a rave–the promoter, the guy who owned the building. I’d put the son-of-a-gun in jail.”

Biden, displaying an alarmingly superficial understanding of raves, wrongly opined that raves are hosted “in the middle of the desert.” Such a gross misconception becomes even more damning when considering the Illicit Drug Anti-Proliferation Act of 2003–an extension of the unpassed RAVE Act–defined the presence of pacifiers, overpriced water bottles and glow sticks (yes, glow sticks) as evidence of promoters knowingly encouraging drug use, subsequently holding event organizers criminally liable.

Biden’s track record highlights his involvement in legislation that contributed to mass incarceration. He helped write the controversial Violent Crime Control and Law Enforcement Act of 1994, nicknamed the “Crime Bill” that was later passed by Bill Clinton.

The “Crime Bill” introduced a three-strike policy that mandated life sentences for repeat offenders.  The bill also motivated states to hold inmates in prison for longer periods by offering incentives for states to erect prisons, encouraging the U.S. prison system to utilize ‘truth in sentencing’ laws which mandate that inmates must serve 85% of their prison sentences.

The RAVE act operated as another attempt by Biden to increase incarceration rates. As the RAVE Act gained traction, vehement opposition from the music community–particularly factions favoring electronic music–caused the bill to falter on the Senate floor.

Two years later, Congress passed the Illicit Drug Anti-Proliferation Act, which slipped through Congress as an attachment to the National AMBER Alert Network Act of 2003. In other words, the failed RAVE Act resurfaced under a new name and attached to a bill aimed at assisting the recovery of abducted children to advance the United States’ outdated vendetta against recreational drug use.

By instilling fear of prosecution in promoters, business owners and property owners regarding the use of drugs at music events, it creates a climate of complete intolerance, absent proper education and awareness.

Legislation singling out events playing electronic music, including raves, promotes the unfair assumption that people attending those events use drugs. It is an underhanded attempt to ban an entire culture based on the transgressions of the few as people will use drugs regardless of legality, country or musical genre.

Rather than attempt to instill fear in event organizers and businesses, Biden should have invested his energy into enhanced education and proper safety measures.  Rather than contribute to America’s mass incarceration–America incarcerates 737 citizens per 100,000, nearly seven times the rate of China’s 118 per 100,000 reported inmate per capita rate–Biden could have promoted additional test kits and medical tents to counteract the dangers of irresponsible, illicit drug use.

Biden is disconnected from the reality that people are going to sample drugs, indiscriminate of the environment. If Biden truly cared about preventing drug-related deaths, he’d have adopted a safety-first approach focused on harm reduction instead of demonizing rave attendees and hosts.

Had Biden truly considered the fate of potential victims of illicit drug use, he would have recruited the help of organizations such as Dance Safe, who “educate young people on the real risks and dangers of using drugs, and how to minimize those risks if they still choose to use.”

Of course, that’s not to suggest Biden’s contention against raves isn’t partially substantiated. According to the National Center for Biotechnology Information (NCBI), over 35% of rave participants reported using drugs other than marijuana, up from the 15% of non-rave attendees.  But punishing the majority based on the wrongdoing of the minority is how Biden unintentionally became a champion of racially discriminatory policing practices.

Biden’s lack of understanding of the culture and the factors that play into ecstasy-related death casts doubt over his ability to sponsor meaningful and effective legislation. Furthermore, it contradicts the will of the American people.

Read more by the NEIU Independent:

Americans began receiving their stimulus checks today. Here’s how to get yours.