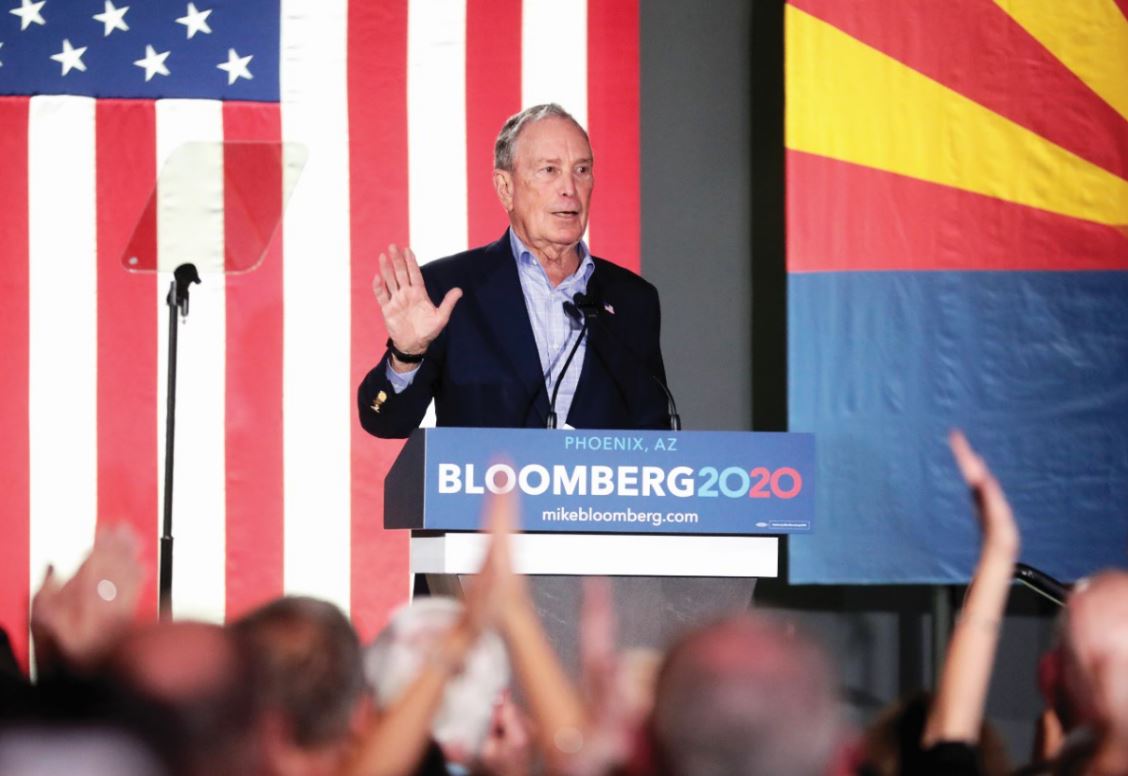 OPINION: Mike Bloomberg should not run as an Independent

Shared by a Bloomberg supporter, the original post contended that Bloomberg should run for office as a Republican in hopes of splitting the Republican vote between himself and incumbent President Donald Trump.

Aside from the whole that’s-not-how-elections-work issue–two candidates from a single party aren’t permitted to run against one another in the general election–Bloomberg supporters theorize that Bloomberg should abandon his Democratic identity and insert himself as either an Independent or Republican candidate.

Despite what many perceive as political shortcoming–Bloomberg came under fire for his support of stop-and-frisk policing practices and his statements on the LGBTQ+ community–Bloomberg is an intelligent man. He undoubtedly recognizes the near-blanket support Trump enjoys from the conservative faction. However, even if Bloomberg failed to identify the support Trump has from Republican voters, his hired consultants and strategists would reject the idea.

According to The Hill, 90% of Republicans approve of Trump. Furthermore, after the Republican National Committee (RNC) pledged its “undivided support” for Trump, seven states–Nevada, South Carolina, Alaska, Virginia, Hawaii, Arizona and Kansas–voted to cancel their GOP primaries.

Should Bloomberg opt to navigate the Republican route anyway, any attack against Trump would alienate prospective voters. Considering Bloomberg funded his own Democratic campaign, running against Trump as a Republican would be financially reckless.

Opponents also lambast his support of the stop-and-frisk policy which operated as a forfeiture of constitutional protections within the black American community. Critics describe stop-and-frisk as a shameless tactic to punish innocent black men and women based on biological commonalities. Bloomberg also defended racially discriminatory practices that targeted citizens based on where they lived, a practice known as redlining.

During an 2015 at the Aspen Institute, Bloomberg opined that a majority of murder victims and offenders fit under one description. “Ninety-five percent of murders — murderers and murder victims fit one M.O.,” said Bloomberg in defense of New York’s stop-and-frisk policies. “You can just take a description, Xerox it, and pass it out to all the cops.”
But while Bloomberg isn’t married to the Democratic platform–he infamously adopted the Republican Party during his first mayoral run in 2001 before going independent in 2007–it’s his best bet, despite the incompatibilities.

Bloomberg has openly expressed his desire to dethrone Trump. Should Bloomberg run as an Independent, he would inevitably spit the Democratic vote between centrists unenthused by Sanders and leftist voters looking to rebel against Joe Biden.

2016 presidential candidate Hillary Clinton’s candidacy suffered from a similar division during her failed presidential bid. Leftist Democrats repelled her attempt to cast herself as a leftist champion, recounting her husband’s three-strikes bill, which contributed to disconcertingly overpopulated prisons. Clinton later expressed regret toward the bill, stating that he “signed a bill that made the problem worse.”

Social media also exploded with side-by-side videos of Clinton contradicting her own campaign agendas. In response, a small but important faction of Democrats opted to rebel against Clinton and cast votes for third-party candidates, costing Clinton invaluable electoral votes.

For example, in Michigan, Green Party nominee Jill Stein collected over 50,000 votes in a state Trump won by less than 10,000 votes. All 16 electoral college votes were afforded to Trump.

Should Bloomberg run as an Independent, his nomination would have the same effect on the Democratic Party that former presidential candidate Ross Perot had on the Republican Party during the 1992 election.

In 1992, Perot entered the race as Bush was building a comfortable lead over Clinton. By the time Perot departed, Clinton was 19-points ahead of Bush, seemingly primed to make Bush a one-term president. However, after Perot–who mercilessly attacked Bush’s tax increase–suspended his campaign, Clinton’s support began to slip, prompting Perot to re-enter the race. However, after enjoying an abbreviated surge at the expense of Clinton, Perot began promoting strange conspiracy theories, stunting both his and Bush’s momentum and ensuring that Bush wouldn’t earn a second term.

Similar to Perot, Bloomberg re-entering the race as an Independent would handicap the Democratic nominee.

If his goal is to claim the Oval Office for himself, campaigning as an independent might be the most effective and fiscally responsible avenue. However, if Bloomberg aims to take out Trump, he should stick with the Democrats.

OPINION: Biden suffers from cognitive impairment. Here’s how that affects the Democrats.