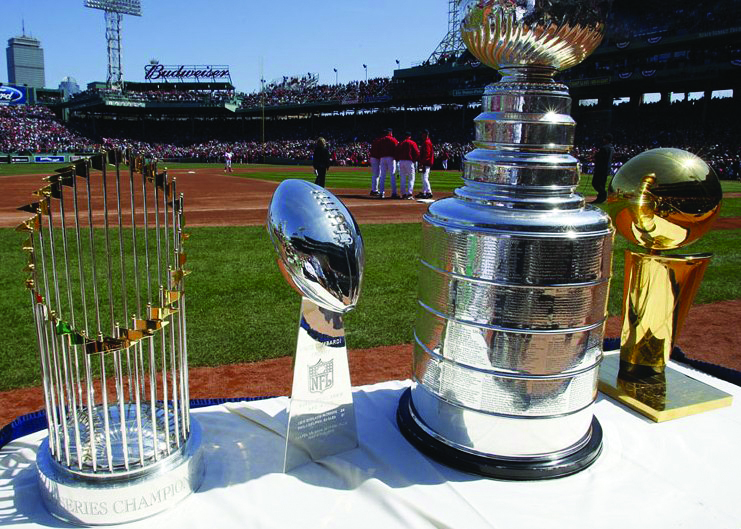 Who takes the top spot in our Team of the decade rankings? | Photo by: Bleacherreport

Who takes the top spot in our Team of the decade rankings? | Photo by: Bleacherreport

Second-and-goal at the one-yard line will forever haunt Seattle Seahawks fans. With an opportunity to clinch a second straight Super Bowl title in 2015,  Seahawks’ head coach Pete Carroll opted against giving the ball to running back Marshawn Lynch, instead calling for a goal-line slant to Ricardo Lockette.  Lynch, one of the NFL’s most powerful running backs, forcibly stood by as then-New England Patriots’ defensive back Malcolm Butler jumped the route, intercepting quarterback Russell Wilsons short pass and seeling Super Bowl XLIX for the Pats.

Nevertheless, the Seahawks enjoyed a successful decade, highlighted by one Super Bowl win, one NFC Conference title and seven playoff appearances, reestablishing themselves as a preeminent NFL franchise despite a mass exodus of premier defensive talent. The Seahawks’ perseverance and consistency during the 2010s was an impressive feat for a criminally underrated franchise.

The Boston Bruins are a proud franchise, having qualified for the playoffs in 76% of their seasons dating back to their inaugural 1924-25 campaign. The Bruins continued their streak of excellence from 2010-2019, a decade where they won one Stanley Cup Championship and two Eastern Conference titles. Boston’s decade of brilliance is even more impressive considering how dispersed their Stanley Cup Finals appearances were.

The Bruins won the Stanley Cup in 2011, defeating the Vancouver Canucks in seven games. In 2015 and 2019, the Bruins returned to the finals, losing to the Chicago Blackhawks and St. Louis Blues, respectively.

Though the Bruins only managed to capture one Stanley Cup, the Original Six franchise demonstrated their ability to remain in Stanley Cup contention throughout the duration of the decade.

The 2010s were a mixed bag for the Cleveland Cavaliers.

The decade began with “The Decision,” the infamous sit-down interview that saw LeBron James abandon his home state team in favor of “taking his talents to South Beach.” However, once the appeal of Miami wore thin, James returned to the Cleveland, leading the Cavaliers to four straight NBA Finals appearances. Though Cleveland only managed to win one title before James once again departed, the Cavaliers re-established themselves as a premier NBA franchise, engaging in arguably the greatest rivalry of the decade against the Golden State Warriors.

It may be difficult to fathom now, but the Los Angeles Kings began the decade as a perennial Stanley Cup contender. With a roster built around center Anže Kopitar, defenseman Drew Doughty and goaltender Jonathan Quick, the Kings battered and outclassed their opponents into subservience during the early portion of the decade.

As a franchise, the Kings enjoyed the most successful period in their 52-year history during the first half of the 2010s, winning two championships in two trips to the Stanley Cup finals. However, despite the franchise’s seven playoff berths over the last decade, the Kings were unable to maintain their momentum, bowing out in the first round five times. Nevertheless, the Kings’ clashes with the Chicago Blackhawks and San Jose Sharks will forever be enshrined in NHL lore.

The 2010s were a decade of prosperity and heartbreak for LeBron James.

After relocating to Miami in pursuit of his first NBA Championship, Lebron promised “not one, not two, not three… but seven” championships under the Heat banner. However, despite leading the Heat to four straight NBA Finals, the Heat only managed to capture two championships.

Surprisingly, following James’ return to Cleveland, the Heat were able to remain competitive as a middling playoff contender, qualifying for the playoffs in both 2015-16 and 2017-18. However, the Heat haven’t advanced past the conference semi-finals since James left.

Since shedding the curse that beleaguered them until 2004, the Boston Red Sox established themselves as a foremost franchise in American sports. Everything about the Red Sox is dripping in cultural relevance, from the Green Monster to their iconic logo.

As the defending Stanley Cup champions entering the 2010-11 season, The Pittsburgh Penguins were one season away from ranking higher on this list. Nevertheless, the Penguins remained a powerhouse franchise over the entirety of the decade on the backs of former NHL Most Valuable Players (MVP) Sidney Crosby and Evgeni Malkin.

The Penguins won back-to-back Stanley Cups in 2016 and 2017, defeating the San Jose Sharks and Nashville Predators, respectively. Ironically, the Penguins’ two division titles during the 2010s did not coincide with their Stanley Cup efforts. Other than qualifying for the playoffs in each season this decade, the Penguins’ unwillingness to relinquish their title window makes the Penguins’ decade of dominance even more impressive. 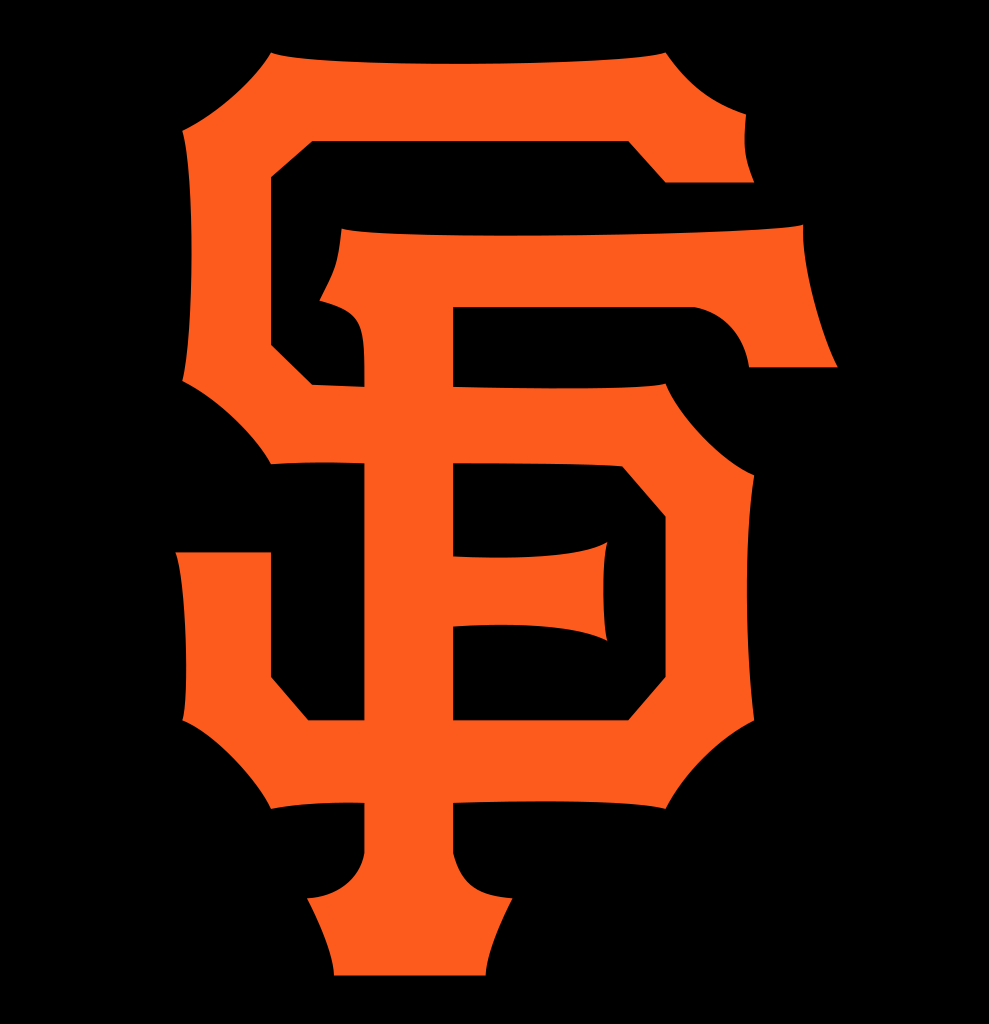 The 2010s was a tale of two halves for the San Francisco Giants. During the decade’s first half, the Giants captured three World Series Championships. In the second half, the Giants labored to a single postseason win, which came against the Chicago Cubs in 2016. They haven’t returned to the postseason since.

It may seem like a lifetime ago, but the Giants owned a dominant pitching staff highlighted by an in-his-prime Tim Lincecum, Madison Bumgarner and Matt Cain. As the Giants pitching staff arrested opposing hitters, battery mate Buster Posey provided invaluable power and contact from the catcher’s position.

Unfortunately, Father Time’s vengeance hit the Giants swiftly as, aside from Buster Posey and Madison Bumgarner, the remainder of the Giants’ key players endured abbreviated primes. Two-time Cy Young winner Lincecum saw his production fall off a cliff in 2012, never regaining the edge that propelled him to the upper echelon of MLB pitchers. Pablo Sandoval signed as a free agent with the Boston Red Sox in 2014, soon finding himself a victim of the unforgiving expectations of the Boston faithful. Between 2013 and 2017, Cain failed to surpass 10 wins, pitching to a 4.00-plus ERA in each season.

Nevertheless, three championships speaks volumes in the MLB, earning the Giants fourth place in our Team of the Decade rankings.

The Blackhawks enjoyed a tremendous decade, culminating in three Stanley Cup Championships for the previously desolate franchise. It may feel like a foreign concept now, but the Blackhawks were the laughingstock of the NHL under former owner Bill Wirtz. Wirtz, whose jealously guarded greed is well-documented, alienated legends, routinely fielded subpar rosters and refused to air home games, posturing that blacking out home games would incentive fans to buy tickets.

Despite their recent struggles–the Blackhawks finished the decade by missing the playoffs in consecutive seasons–Jonathan Toews, Patrick Kane, Duncan Keith, Patrick Sharp, Marian Hossa and Brent Seabrook each contributed to the restoration of a proud Original Six franchise, forever enshrining their names in NHL history.

The since-departed Tom Brady may as well rename himself Benjamin Button at this point. His relentless pursuit of greatness has been captivating to watch, propelling the New England Patriots to a seemingly indefinite stay atop the NFL mountain.

What makes the Patriots’ run of dominance even more impressive is that their accomplishments came on the backs of undervalued talent. Bill Belichick is renowned for his ability to discover NFL-caliber talent in the later rounds, allowing the Patriots to essentially regenerate skill position talent at will. Despite scarcely splurging on big-name free agents, the Patriots routinely sit atop the offensive and defensive ranking, ranking top-10 in both points for and points allowed in every season other than 2011 (third in points for, 15th in points against).  In other words, Belichick and Brady built the foremost dynasty in modern team sports predominantly using spare parts.

The 2010s saw an unlikely candidate emerge as the NBA’s premier franchise. The Golden State Warriors, a team that–save for a brief resurgence during the Run TMC era–served as a caricature of the once-proud Rick Barry-era Warriors, rode the scoring prowess of Steph Curry, Klay Thompson and Kevin Durant to three NBA Championships.

The 2010s rendition of the Warriors qualified for the playoffs seven times, clinching an NBA finals berth in five straight seasons. The Warriors encountered the LeBron James-led Cavaliers in four straight NBA Finals, defeating the Cavaliers in three of them (their lone loss infamously following a squandered 3-1 series lead).

The Warriors also set the NBA’s regular season record with 73 wins in 2015-16, eclipsing the 1995-96 Chicago Bulls’ mark of 72 wins. Curry established himself as the greatest shooter in NBA history, usurping Ray Allen’s previous single-season record of 269 three-pointers when he converted 272 three-point attempts in 2014-15. Since then, Curry broke his own record four times, now owning four of the top six single-season three-point slots with a high mark of 402.

The sheer quantity of talent that graced the Warriors this decade was daunting. After setting the NBA single-season record with 73 wins in 2015-16, the Warriors signed former NBA MVP Kevin Durant to play alongside Curry, Thompson and three-time All-NBA Defensive First Team selection Draymond Green. Additionally, All-Star caliber talent such as Andre Iguadola and Harrison Barnes embraced second and tertiary roles, abandoning their scoring responsibilities to lock down the opposition’s best players.

Following the departure of Durant and injuries to both Curry and Thompson, the Warriors stretch of five consecutive NBA Finals appears to have come to an end. However, five straight NBA Finals appearance, three NBA Championships and record-setting regular season earn the Golden State Warriors the title of Team of the Decade.