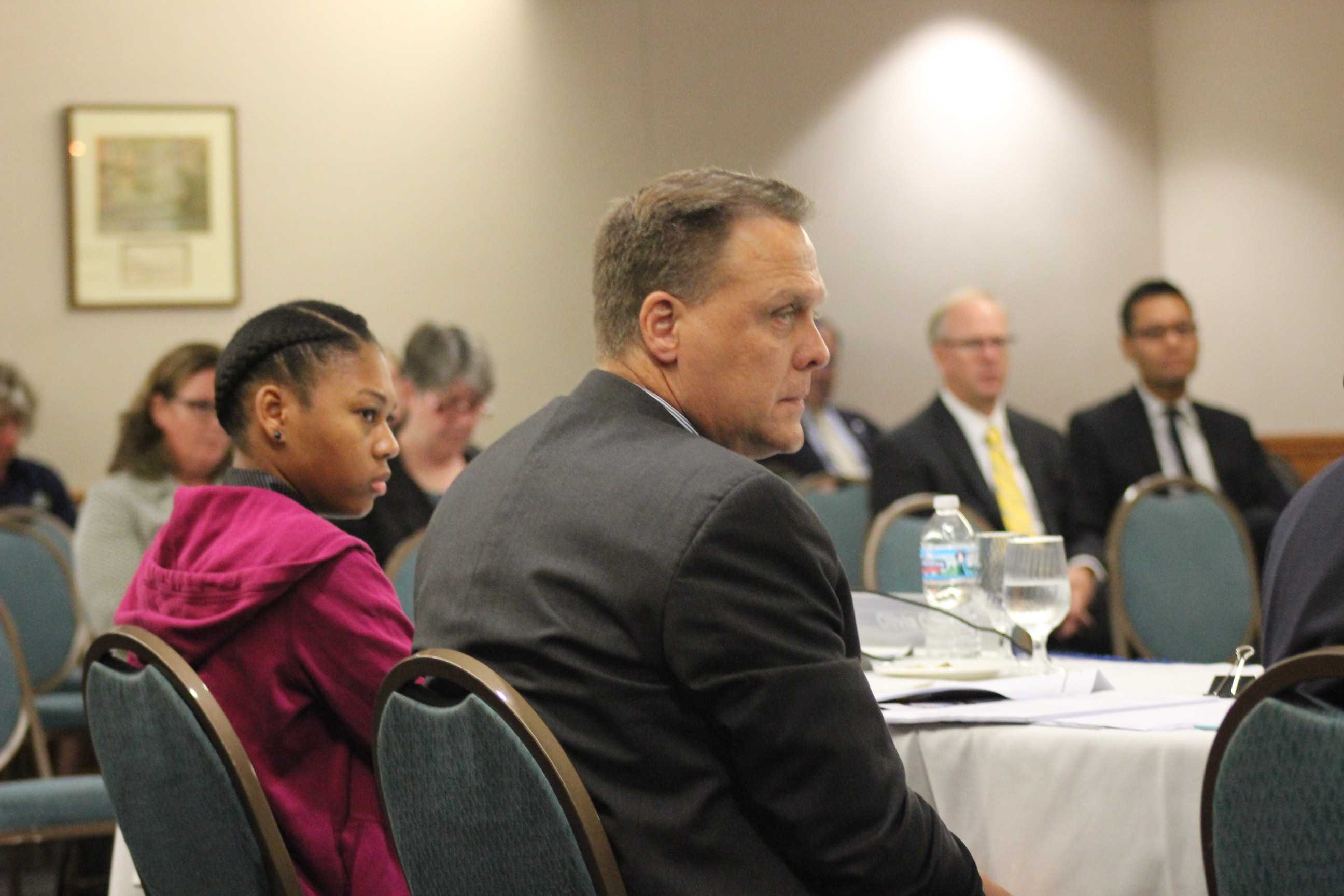 Changes are on the way

Board of Trustees make decisions that will affect NEIU’s future

The vote to elect a search firm to do a national search for the next NEIU presidential candidate did not carry at a Board of Trustees meeting on Sept. 15.

“We reviewed three search firms that had been invited and responded to our call to present their information,” said Carlos Azcoitia, chair of the Board of Trustees. Out of the three firms, Greenwood/Asher & Associates, Inc. stood out from the rest but the motion to proceed with Greenwood did not pass into resolution. Additionally, the motion to go forward with a Request For Proposal to invite additional search firms was not passed. The Board will reconvene regarding the appointment of a search firm at a later time.

The Board discussed changes on the way to the university, such as three academic changes and the status changes of Administrative and Professional employees.

“The law has changed and the impact of that law is some of our A&P employees will have to become Civil Service employees,” announced President Sharon Hahs.

The university can no longer meet the requirements of overtime reporting unless non-exempt employees are paid hourly as stated on page 93 of the President’s Report to the Board of Trustees. The State University Civil Service System stipulates that hourly employees be Civil Service employees and not A&P employees.

NEIU is reviewing 45 positions that could potentially be impacted by the change. Employees who are now exempt from overtime and making more than $23,660 but less than $47,476 will become non-exempt effective Dec. 1.

Regarding academic changes Hahs said, “Board approval will be requested to set the COBM rates higher than the rest of the university,” Hahs said.

The College of Business and Management can now expect higher tuition rates according to a vote passed at the most recent Board of Trustees meeting.  COBM received AACSB accreditation Aug. 9, an elite achievement that only 5 percent of top business schools earn globally.

“We are looking at competitive tuition rates within the region,” Hahs said. According to the president’s report, such increases will expand curriculum and course offerings such as the continued development of a new MBA location at the El Centro and CCAS locations and the development of a non-profit minor at the CCICS campus.

This was not the only academic change coming to NEIU.

The Board voted and approved a motion to implement a Master in Teaching in Secondary Education degree and agreed to further discuss the concept of the first doctoral program at the university.

According to Hahs, the master’s program is a redesign of something NEIU already does and no new funding will be required in order to execute it. Additionally, the master’s program will be approximately 38 credit hours and accessible to non-education undergraduate students who have completed their bachelor’s degree from a regionally accredited institution subject to admission requirements.