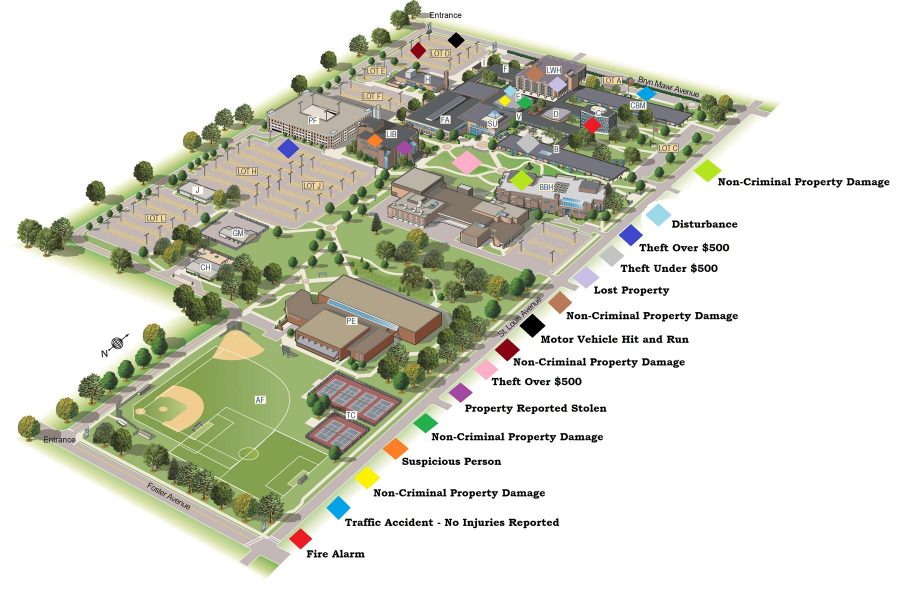 The following offenses occurred on NEIU’s main campus, El Centro and Carruther’s campuses between April 15 and May 19:

Apr. 15 – C Building: There was an alarm system error that resulted in a false alarm.

Apr. 18 – Parking Lot A: An employee accidentally damaged a parked vehicle while attempting to park.

Apr. 21 – E Building: A university window was reported as broken.

Apr. 27 – Ronald Williams Library: A laptop was reported as stolen. The offense is currently under investigation.

Apr. 28 – NEIU: A student reported that her wallet was stolen from her purse while she was on campus grounds.

Apr. 29 – Parking Lot D: A student reported that someone damaged her car. The offense is currently under investigation.

May 2 – Parking Lot D: A student reported that someone damaged his car. The offense is currently investigation.

May 4 – Lech Walesa Hall: An unknown offender wrote graffiti in a bathroom.

May 5 – Lech Walesa Hall: A student misplaced her items and was unable to locate her property.

May 5 – B Building: A student reported that someone stole her bike tire.

May 11 – Grounds Crew Shed: A contractor reported that someone stole his tools.

May 12 – E Building/WZRD: A student was reported causing a disturbance inside of the station.

Apr. 27 – A student reports that her car was hit by the car next to her.

Apr. 27 – An unknown offender caused damage to a university wall.