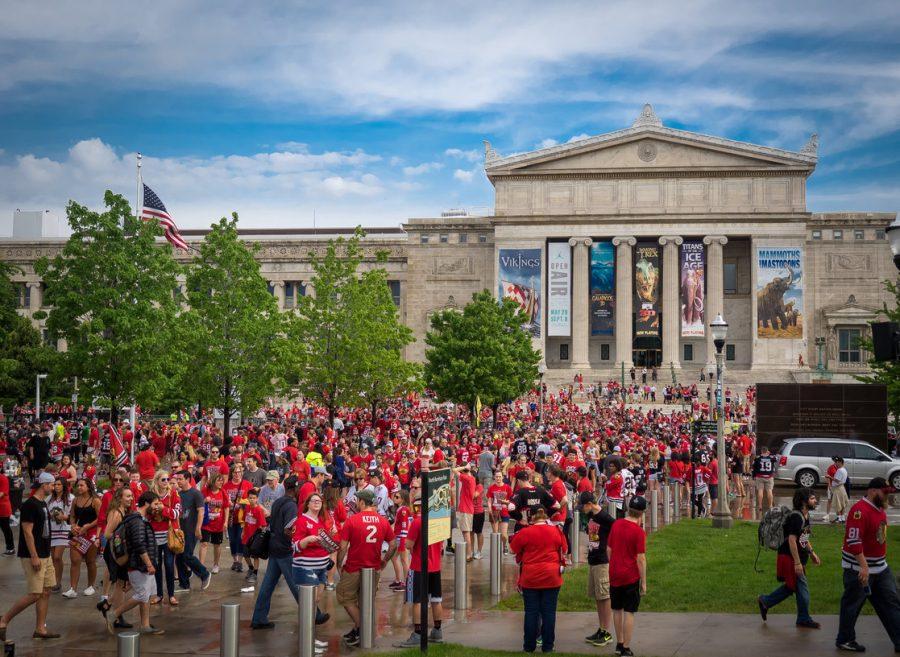 The Blackhawks are currently in the middle of their first round match up against the St. Louis Blues but some attention should be turned to the off season.

While it remains to be seen if the Hawks will repeat as champions, one thing is for sure is that more wholesale changes will be coming.

And all eyes will be on Andrew Shaw.

With this season being the final of Shaw’s contract, it just might also be his final in a Blackhawks sweater.

With the NHL salary cap in flux—the figure will either remain at $71.4 million or increase to $74 million, according to TSN’s Frank Seravalli—the Hawks will most likely have to part with some top-tier talent for the second consecutive season.

Rookie, Artemi Panarin, will receive $2.55 million in bonuses for finishing in the top-10 in scoring among forwards. The Hawks are responsible for $2.3 million reported the Chicago Sun-Times’ Mark Lazerus. Panarin, a restricted free agent after next season, led all rookies in goals with  30, 47 assists and 77 points . Lazerus also reported in January that the Hawks plan to work out an extension with Panarin this summer.

In March, the Hawks rewarded center Marcus Kruger with a three-year extension after signing a cap-friendly, one-year deal last September. Artem Anisimov signed a five-year, $22.75 million contract upon arriving in Chicago. Based on those two deals alone, Panarin should expect to be rewarded with a deal between $4-$5 million a year, which would leave the Hawks even more cap-strapped and Shaw the odd man out.

They can use their depth both in the AHL and NHL to compensate for Shaw’s departure.

Dale Weise and Brandon Mashinter are also free agents next season and could be a cheaper option to play a limited role on the third or fourth line next season.

If Weise or Mashinter don’t work out, the Hawks have Ryan Hartman and Kyle Baun in Rockford.

They have a bevy of talent under contract in Rockford, as well as some cheaper options they acquired at the trade deadline.

Baun signed a contract extension through the 2017-2018 season in March. He brings a physicality that can be a viable bottom-six forward option. And is cheaper than Weise.

The Hawks will also have to address their needs defensively and will have limited funds to do so.

The Hawks will also have to think even further to the future.

If the Hawks do end up re-signing Shaw, that will most likely mean that next season will be Teuvo Teravainen’s last.

Teravainen is three years younger than Shaw, has a bigger upside in terms of offense and has also shown some promise defensively this season.

However, General Manager Stan Bowman has dealt with cap issues nearly every season since assuming duties in 2009 and has three Stanley Cup championship to show for it while vying for a fourth.

The best case scenario would be the $74 million cap and trading Bryan Bickell’s $4 million, though both of those happening is unlikely.