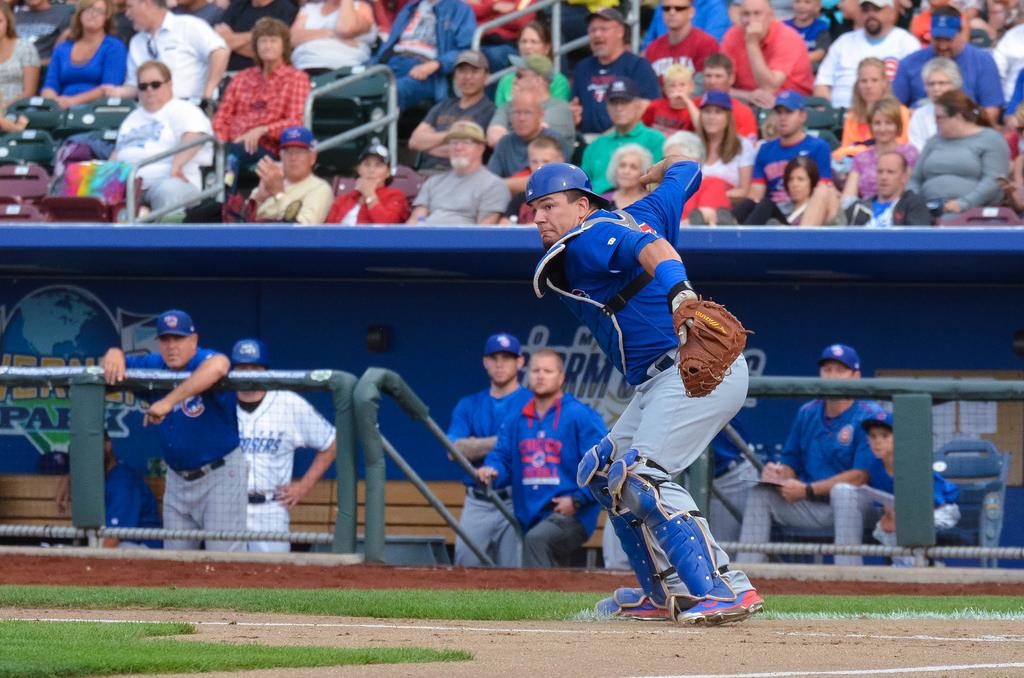 Cubs’ Schwarber Out For Season

Two weeks ago, on April 7 during Major League Baseball’s (MLB) opening week, the Cubs were in Arizona playing the Diamondbacks.

In the bottom of the second inning, Jean Segura blasted a ball, which wound up being an inside-the-park home run, to deep left-center field. Kyle Schwarber and Dexter Fowler got caught in each other’s paths as they sprinted to grab the fly ball and harshly collided.

Schwarber was ultimately carted off the field after lying helplessly on the ground as the team’s medical trainers rushed to aid him. The Cubs made an announcement later that day that Schwarber’s injury was just a sprained ankle and that his x-rays looked good.

Unfortunately, the MRI taken the next day showed that Schwarber had fully torn ligaments in his left knee (ACL and LCL). His ankle sprain was also severe. The injury requires surgery. The team has placed Schwarber on the 60-day disabled list, but he’ll likely be out for the season.

To fill Schwarber’s position,the Cubs have called up infielder Munenori Kawasaki. Javier Baez is likely to be called up from Triple-A Iowa as well as soon as he recovers from a bruised left thumb.

However, the Cubs have been blessed with a plethora of talent in their system, so there should be no need to worry about the loss of Schwarber just yet. Third baseman Kris Bryant and second baseman Ben Zobrist both have the necessary experience to play in the outfield if it’s needed and Tommy La Stella can easily play third and second base. Baez, who is a natural shortstop, has even been playing some outfield and third base in Iowa, which should give Cubs’ manager Joe Maddon even greater flexibility with his lineups.

Last season Schwarber became a fan favorite because of his power. As the fourth overall pick in the 2014 draft, he debuted with the Cubs last season and set the franchise record of five home-runs in nine postseason games, passing Aramis Ramirez and Alex Gonzalez who are tied with four.

“I think I’m going to come back better,” Schwarber said, according to The Chicago Sun-Times. ”There’s going to be a lot of hard work put into this rehab. I look at it as I’ve got a whole year to prepare for a new season. Obviously, there’s going to be some bumps in the road along the way.

“I’m going to push myself as hard as I can to be back healthy 100 percent, so wherever that timetable leaves me, I’ll be ready.”

Schwarber also took to Twitter to thank fans for their support:

“Thank you all for the encouragement. This is a test of character and plan to attack it head on. This team is special and fun to watch! #Cubs”

If they continue to produce runs the way they have been so far, it will feel as if the Schwarber injury never happened.