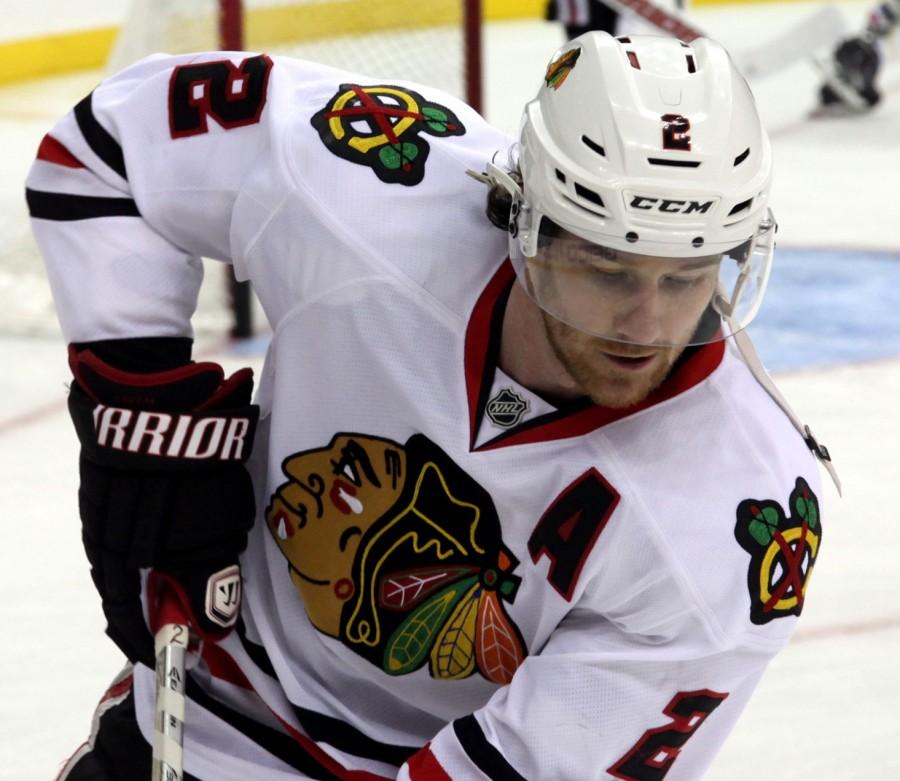 Although the Hawks have barely managed to scrape by these last 10 games, a once top power play can’t score with the man-advantage, goalie Corey Crawford’s upper-body injury has been disclosed as a head injury and is dealing with bouts of vertigo. The Chicago Sun-Times reported on March 30 that Crawford hasn’t skated in two weeks.

And now Duncan Keith is suspended until the second game of the playoffs..

The defending Conn Smythe Trophy winner was ejected from the March 29 game against Minnesota for hitting Wild center Charlie Coyle in the face with his stick. The NHL’s Department of Player Safety suspended Keith for six games on April 2. It is his third offense since 2012 which could play a role in the sentencing.

The Hawks rely heavily on Keith for his offensive and defensive prowess. As one of the league’s top defenders, Keith is on the ice more than any other Hawks player and is considered an anchor for a defense that has had its issues as of late. The only solace in Keith’s suspension is that he will be 100 percent rested when he returns.

Aside from the offensive onslaught against the Boston Bruins on April 3, Patrick Kane has returned to human form. The NHL leader in points is a near lock to win the Art Ross Trophy as the league’s leading scorer scored his second career hat-trick and added an assist in the 6-4 win.

The game epitomized the Hawks season as of late. They squandered a six-goal lead and barely survived with the win. Aside from a goal from Jonathan Toews, the Hawks second line consisting of Kane, Artemi Panarin and Artem Anisimov accounted for the other five goals.

That line has carried the bulk of the offense all season and, in order to advance during the playoffs, they will need scoring from all of their lines.

Also, giving up four goals to the Bruins in a span of 10 minutes doesn’t boost confidence for a defense that has struggled recently.

And the Hawks will have less than a week to right the ship as the season ends April 9.

Since the all-star break, the Hawks seemingly have regressed to mediocrity. Granted expectations are high when you are on the precipice of—if not already—a dynasty but there have been more games where they have looked bad than games that signify a legit championship contender.

Now, with playoffs looming, their chances of repeating are slowly dwindling by the day.

A good way to boost confidence is to score with the man advantage, however their power play hasn’t been much more successful. At one point the PP was best in the league and the Hawks recent play has lowered their ranking to 21.6 percent, fifth in the league. The Hawks have connected on three power play goals in their last 32 chances.

The Hawks will not finish lower than third place in the central division and have the possibility of meeting either Dallas or St. Louis in the first round.

However, their confidence and resiliency is sure to be tested leading up to then.