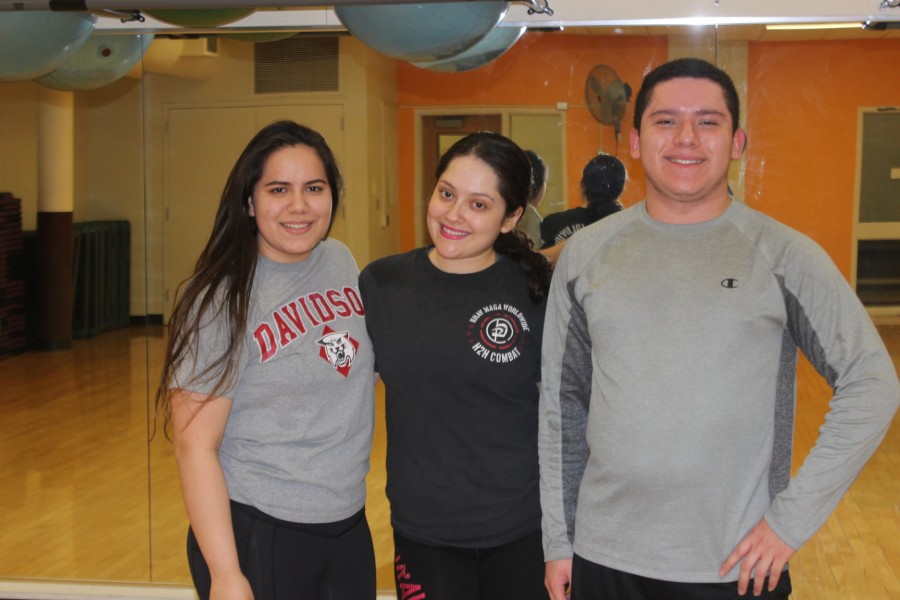 Zumba has become one of the most popular aerobic dance classes around the world. It made sense that Stephanie Herrera, NEIU graduate student, Chicago native and fitness enthusiast, would have an opportunity to lead classes on campus.

Herrera is a graduate and alumna of Carl Schurz High School. She received a BA in Interdisciplinary Studies from NEIU in 2014. Herrera first started at NEIU through the Summer Transition Program. At first she wanted to major in education, a major NEIU is known for.

Through her experiences as a peer mentor, she found she was passionate about working with students. “I plan on being an administrator at the collegiate level,” said Herrera. “At this moment I’m thinking of becoming an advisor or director of programs like campus recreation. I strongly believe that If we connect students to the university one way or another, then they will continue their education.”

While in the fitness program, her leadership skills developed. After her undergrad was finished, she was approached by Christian Kopp, Associate Director of the P.E complex, and was asked if she would be interested in teaching a Zumba class.

According to Herrera, Zumba is a “fitness program consisting of dance and aerobic exercise routines performed to popular, mainly Latin-American, music. The benefits of taking Zumba is it’s a cardio workout, but you’re having fun and burning calories at the same time.”
Stephanie Herrera has been teaching the free class since the fall of 2015.

“Being an instructor is convenient because it’s my workplace, and it’s no downside to that,” said Herrera. “I believe that being a Zumba instructor is also allowing me to get to know other students and creating that sense of belonging in my class while creating a community by interacting with my students after class and getting to know them.”

Like the rest of the fitness activities at NEIU, Stephanie’s Zumba class is posted on the recreational center’s flyer around the campus. Her classes are scheduled on Wednesdays from 7:00pm-8:00pm, and on Saturday from 11:30-12:30pm.

For people who haven’t taken a Zumba class she encourages you to try it out, even if it’s just to watch.
“Fitness is important,” said Herrera.“You need to keep a healthy lifestyle, and in order to do well you have to eat well.With working out you meet other people, so come to these fitness classes, face your fears, and unleash your full potential”.