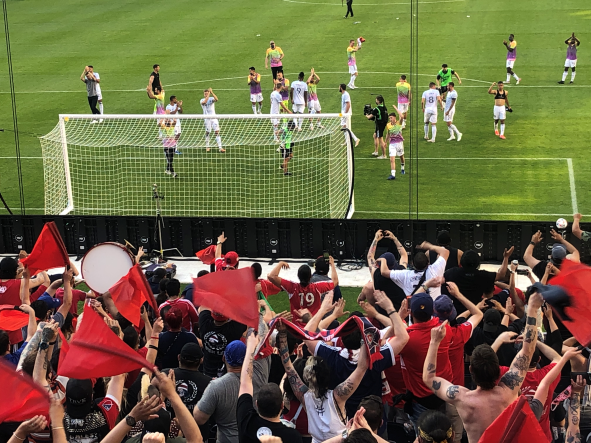 The Chicago Bulls disappointed the fans that packed the United Center on two consecutive weekend nights by losing both games by more than 20 points against the Bucks.

The Saturday game saw the Bulls missing easy shots, which made it impossible for them to follow the scoring peace of Atentokounmpo and company. The final score was 119-95. The Bulls started the campaign with an impressive record that pinched slowly, like Chicagoans’ tires in winter. They qualified 6th to the playoffs and for that reason had to face the Milwaukee Bucks—NBA Champions—in their first round. They now are at the cliffs edge, losing the series 3 to 1 and having to mount a comeback in their last game at Jordan’s house and then take that momentum across the State line and beat the Bucks twice away.

Chicago Fire’s brilliant start of the season had suddenly become opaque: in the last 3 exits of the team, they lost 2 games, 1-0 to Orlando City and 3-0 to Minnesota and collected only one point from the LA Galaxy visit to Soldier Field.

The main issue of the squad, as it has been in the last four years, is their inability to produce goals. A superb Gabriel Slonina and the defense commanded by Rafael Czichos have completed 5 clean sheets in 8 games, but the team has just scored 5 goals, one from the penalty point, in those same matches.

Ezra Hendrickson, Chicago Fire’s coach, said to the club’s website: “I don’t  think there’s a lack of communication. I thought maybe we just made some bad decisions tonight, especially in the first half. You know, we have opportunities, like you said, to play a guy who may be in a better position and we chose to do otherwise with the ball. So these are things that we have to look at this game again and talk about it and discuss it with the team because we need to improve going forward.”

Chicago received 3 goals by the end of the game, after losing midfielder Federico Navarro when he received his second yellow card of the night. The Fire hosts the New York Red Bulls at Soldier Field, on April 30 at 7:00pm.