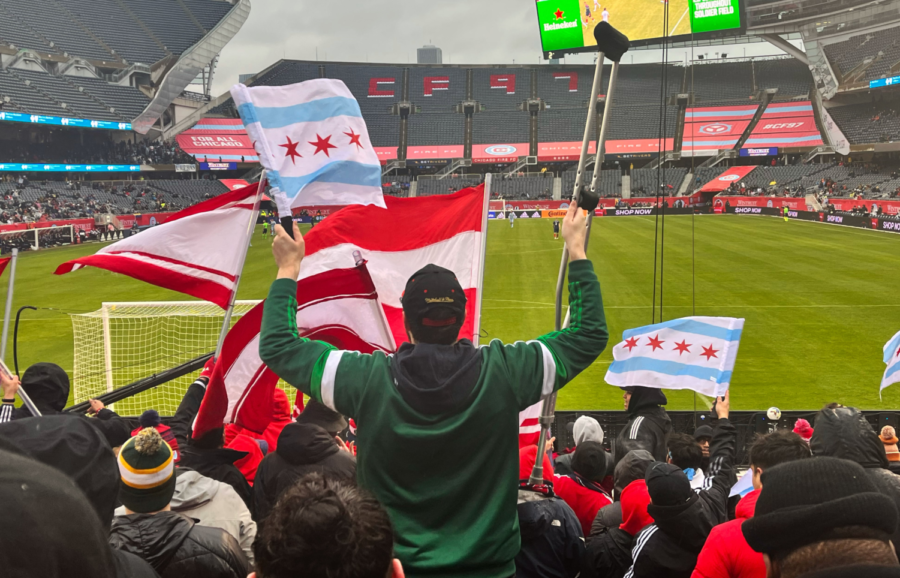 Ezra Hendrickson’s team had only allowed two goals in six games this season.

Chicago Fire FC and FC Dallas played a scoreless game last week that could have been just another bleak performance by a team in which not a lot of soccer people in the Second City believe in.

But at the beginning of the 2022 MLS season, the story is different. The draw against FC Dallas was the fourth game in which the team kept its clean sheet and now sits eighth in the MLS power rankings and fourth in the Eastern Conference.

The Fire holds this position for the first time since 2009 because the team performed well in all aspects of the game in the first month of the campaign. They scored 5 goals on 17 shots on target in 5 games.

The offensive improvements might be one of the benefits of incorporating Switzerland’s international player Xherdan Shaquiri to “La Maquina Roja” roster. Shaquiri turned the Fire into a vertical team, with his prodigious ability to assist his teammates and his determination to try the goal. He participated in four of the five Fire goals.

But the big change has been in the defense, an area in which the team dominates the MLS. Coach Ezra Hendrickson confirmed the trust that assistant coach Frank Koplas deposited during his temporary tenure at the end of last season on Homegrown goalkeeper Gabriel Slonina. The 18-year-old rookie stood up to the challenge.

“Gaga,” as Slonina is known by his teammates and fans, had saved his team from debacle several times, including in the last game when he stopped a low shot by Dallas FC’s Nanu at the 88’ minute.

The team has been brave in defense in its first four games, an attitude that Chicago’s back zone lacked when Costan Rican defender Francisco Calvo was its leader. The Central American veteran led a defense that tied fifth in goals received with 54 in the 2021 season.

Hendrickson made defender Wyatt Omsberg and Homegrown player Mauricio Pineda starters, both players performed well in the few games they had in the Raphael Wicky era.

They share the defense with German center back, and Chicago Fire’s captain, Rafael Czichos, who motivated his teammates by proclaiming that “Nobody wins here [In Soldier Field] but us.” in the circle formed by the squad before the game against Sporting Kansas City. Czichos, who had Bundesliga — the German soccer top flight — experience with the Augsburg FC, had saved his team on the line of goal several times and had kept the defensive line motivated to hold the clean sheet until the final whistle.

Omsberg said to the Chicago Fire press about Czichos, “Yeah, I feel really comfortable next to him. I feel like we communicate really well together. We kind of understand each other and work well with one another. That’s been great for both of us and yeah, three clean sheets is an awesome start but again it’s just a start so we’ll have to keep going.”

Czichos and Shaquiri absences were felt this Saturday, April 9, when Chicago conceded its first match of the season to Orlando City SC. Forward Kara found the end of the net with a header after a set piece dislodged Chicago defense on the 59 minute mark. Orlando City SC’s Exploria Stadium is a venue where the Fire had been defeated soundly the last couple of seasons, and 2022 was not an exception.

“La Maquina Roja” comes back to Soldier Field on April 16 when they host L.A. Galaxy and its Mexican superstar Javier “Chicharito” Hernández who just scored a goal in their victory against L.A F.C 2-1 at “El Tráfico” derby.