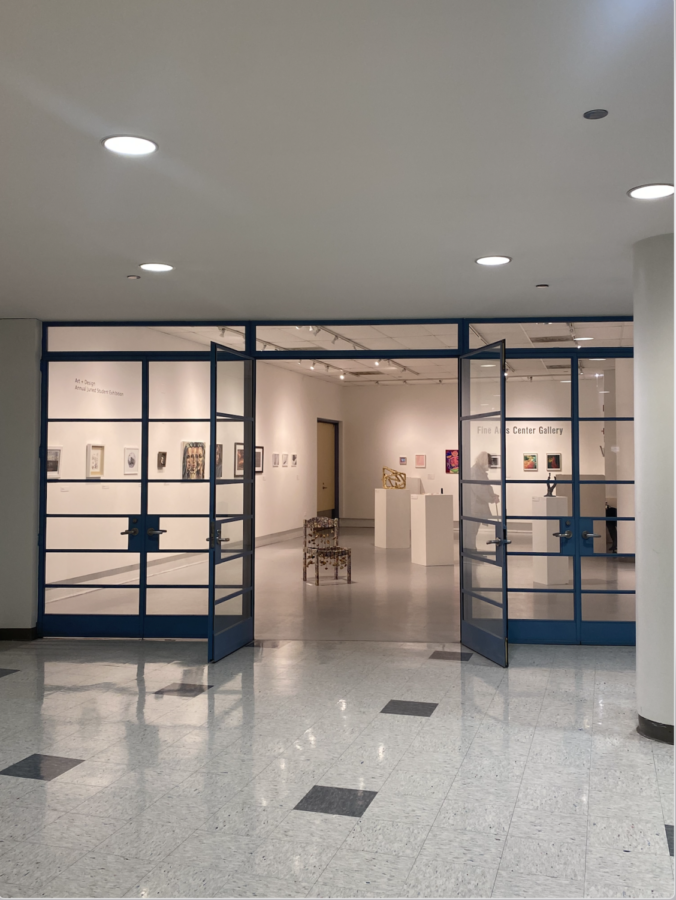 Sometimes life has a funny way of bringing you back to where you started.

Millicent Kennedy, a 2015 NEIU graduate, is the new curator of the NEIU Fine Arts Center Gallery, wherein she is currently overseeing the 2022 Annual Juried Student Exhibition.

The role of the curator is to organize programming for the NEIU student body and the wider community. That entails bringing in artists who, by exuding professionalism and different themes, can be resources to students who are interested in learning more in the Fine Arts field.

“One thing that we’re definitely really interested in, with such a diverse student body, is trying to have artists where the students can see themselves in them,” said Kennedy.

For that reason, Kennedy said her goal is to bring in many artists of different disciplines. That can encompass everything from painting and sculpture to ceramics and photography.

A practicing artist herself with two upcoming shows, Kennedy said that a lot of the artists that she meets will either be at shows or at their studios throughout Chicago. It is through this networking that she invites them to show at the Gallery.

While a student at NEIU, Kennedy worked as a student aid in the gallery and helped with installs.

“I learned a lot about installing work and kind of planning and exhibition and that had been helpful for me as I went to grad school and worked in an art museum there,” said Kennedy.

She also showed in the 2015 Juried Student Exhibition – an exhibition that sounds a lot like what the name implies.

Kennedy elaborated, “Every year, the art and design department has a professional artist, preferably one that has shown at the space or has some kind of a professional relationship with the gallery and invites them to look through submitted work by student artists and select what they think will be exceptional work for the juried show.”

This year’s juror is Kristin Abhalter Smith, who was one of the two people in the show Anything Can Be a Dragon, Anything Can Be a Snake from Jan. 10-Feb. 4, 2022, and is also the founder and director of Roman Susan, a gallery in Rogers Park.

“It is an opportunity to kind of get some exhibition history for the students,” said Kennedy. “They can start making a CV that they can share after they’re done with school and kind of grow their professional portfolio.”

The NEIU community can witness the different displays at the Fine Arts Center Gallery through Friday April 22. Reception for the show will be held from 6-8 p.m. that evening with the awards ceremony being held at 7 p.m. Students will also receive awards for Best in Show, Best 2D and Best 3D, as well as two honorable mentions. Concurrent with the reception will be this year’s Art-travaganza – a big art party showcasing different work from students throughout the art department.