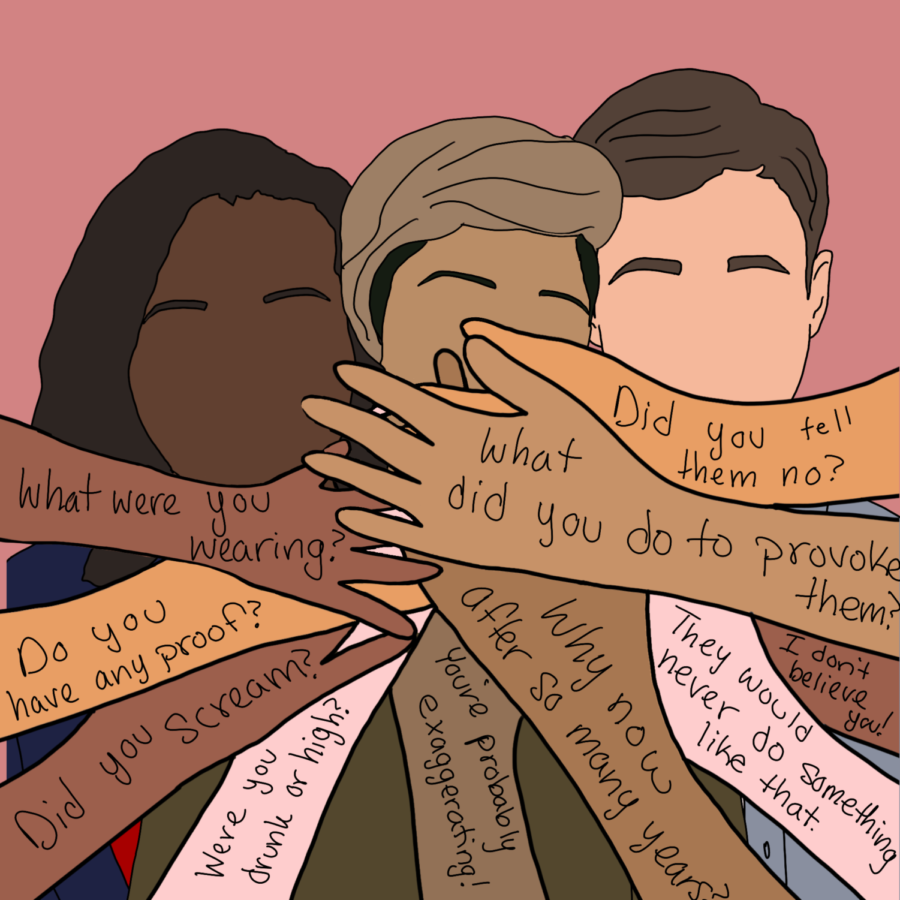 “Believe all survivors” was one of the many things said at a recent NEIU panel regarding sexual assault. You would think that is a given, right? Especially with the rise of the “Me Too” movement, where several women have shown what they have gone through from the various abuses men in positions of authority have perpetrated. Of course, abuse is not tied to one gender; survivors and perpetrators may be men, women or non-binary.

There are so many people who go through some type of sexual harassment, abuse or assault. One person, a member of the LGBTQ+ community, said she was harassed on the street while walking home one night. She chose not to go to the police because it was something she considered minor. While her friends helped in the aftermath, they made unhelpful comments about what happened. That she should have had her friends to walk with her at night, in her own neighborhood. That she should have had protection on her, which is not a bad thing, especially with reports of harassment in public spaces in Chicago and elsewhere. That she should not have worn revealing clothing, even though that is part of her primary outfits. However, these should not have been the main focus. The primary focus of criticism should be laid on the harasser, the predator, the abuser. He, she or they are in control of their own actions and should have known better.

Joss Whedon, a notable pop-culture figure who created “Buffy the Vampire Slayer,” has had a slew of allegations of sexual misconduct, harassment and abuse of various types throughout the years. One notable actress, Charisma Carpenter, who portrayed Cordelia Chase in both “Buffy the Vampire Slayer” and “Angel,” reported for years how much she suffered on set while working with Whedon, even alleging that she was fired for not aborting her pregnancy for the sake of a storyline. In recent years as well, there have been several allegations from cast members that have worked with him in the past, like Michelle Trachtenberg, who was a minor during an undisclosed event involving Whedon, as stated from her personal Instagram page. His ex-wife, Kai Cole, disclosed in her essay on “The Wrap” that Whedon had several affairs and used his claim of feminism as a personal and professional shield.

There are so many stories out there that deserve to be heard. There are some survivors that are moving on in their own way, some that are trapped by their experience due to the complex trauma and others that just break under it all. Going through any harassment or abuse is a lot for one person to take. Coming forward and sharing that information also takes a lot of bravery on the part of the survivor, as some may not at that point of admitting it to themselves.  What we should do as a community when we hear stories like this is to be there for the survivors, be what they need, give them space to decide what to say and do. When claims are made that they deserved it because of how their clothes were, or how they were smiling at the predator, or just looking their way, it does not help these survivors in the slightest.

Believe all survivors, there are many more than you think.