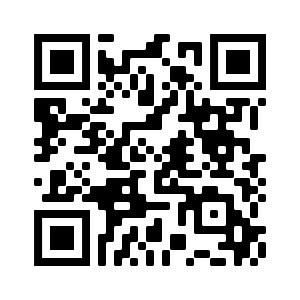 Both tournaments are co-ed and allow members of the community to participate in them for a $25 fee. Basketball teams are allowed to have five players, one of whom may come from outside of the NEIU community.

The soccer tournament allows six players per team, and two players can be from outside of the community. Both tournaments will be played at the P.E Complex on the aforementioned days from 6:30pm to 8:30pm.

Scan the following QR Code to register for your favorite tournament:

Chicago Fire FC transferred the 21 year old as a Young Designated Player from Liga MX’s  Atlas de Guadalajara. Torres is a quick attacker with good goal instincts and an ability to assist teammates.

He won the Golden Ball as the best player in the U-17 2017 Concacaf Championship that was ultimately won by Mexico. He also had one international call to Mexico’s national team and helped Atlas de Guadalajara conquest the 2021 Liga MX championship.

Torres comes to Soldier Field after scoring eight goals and providing 20 assists in 110 games with the team from Jalisco. He will join the Fire in the first week of May, where he will be one of the team’s three Designated Players along with Paraguayan Gaston Gimenez and Swiss International Xherdan Shaquiri.

The Designated Player rule allows Major League Soccer (MLS) teams to buy two players with money from the team owner’s pocket. The amount of money involved in the transactions of these two players can exceed the salary budget cap put in place by the league to curb reckless spending.

The communication posted on the website of the European association said that the officers took the decision due to “the escalation of the security situation” in Ukraine. As well, the executive body of European soccer decided that both Ukrainian and Russian national teams and clubs will play their remaining games in neutral turfs.

Regarding UEFA’s measures, Polish international players decided at the end of the week to not show up in Russia for the 2022 Qatar FIFA World Cup Qualifiers playoffs against the locals supposed to be played on March 24, 2022.