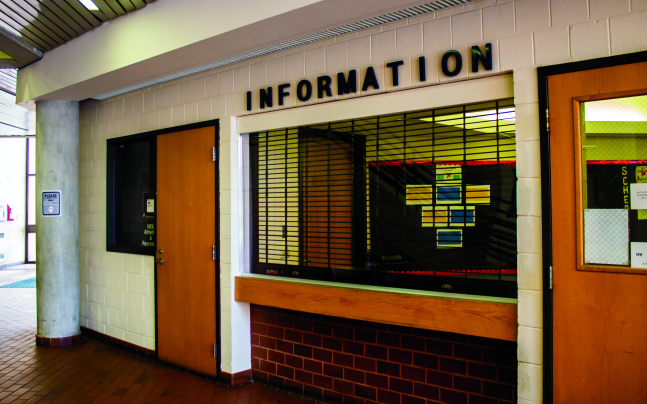 During Fall 2021, former Associate Director of Campus Recreation Christian Kopp left his position and the services provided to students were minimal. Emanuel Raul, a 21-year-old Sociology major and member of the “Soccer NEIU” Whatsapp group, reflected on the struggle of having to organize soccer pick-up games without institutional support, he said, “If the school organizes something for us then it’s way easier and fun without the stress of organizing every week by ourselves.”

But it looks like for Spring 2022, the NEIU administration is responding to the issue. Under the direction of Dr. James W. Ball, interim Assistant Director of Campus Recreation, the department is developing a project named NEIU Campus Recreation Action Plan that should address the lack of recreational sports services provided to students.

President Gloria Gibson said the plan will “address the PE complex facility issues, staffing and programs for students” as she answered questions to her Oct. 26, 2021, State of the University speech.

Dr. Gibson also said the objective of the plan is “getting us back to the primary mission of the Campus Recreation: to offer programs and services to the students, first, faculty, staff, and our memberships.”

25-year-old Nikki Vangelista, a biology major and Student Government Association’s (SGA) Chief of Staff, explained to The Independent that university administration was willing to promote school belonging and retention through sports and that she talked about Campus Recreation with Dr. Terry Mena NEIU’s Vicepresident of Students Affairs and Dean of Students. .

Vangelista also remarked that student engagement and organization in collaboration with the SGA was important to achieve funding for projects like an intramural sports league or one-day events like the Pedroso Cup.

People interested in organizing student-promoted sports events need to create a charter for a sports club and present it to the COC. They meet every Thursday at room SU-003, by the Student Union cafeteria. After the sport club is admitted to the COC, it can request funding for projects to the COC.

Alvin Gutierrez, SGA’s Treasurer, explained in an email sent by Student Leadership Development on Feb. 1, 2022, that to request funds for sport events it was necessary to explain to the COC in three minutes the following points:  Club’s goal and overall mission, description of the event and its purpose, how does the event benefit the NEIU community, and any general information regarding the budget proposal with specified amounts of money.

Gutierrez also said, “bring an invoice (if necessary), a printed map with the location showing estimated mileage (if the event is off campus), and a draft flier for the event.” He also asked proposals for events or trips to be submitted at least two weeks in advance to have time to promote the activities.

SGA conducted a “Sport at NEIU” survey to explore the possibility of having NCAA or NAIA NEIU division sports.

Vangelista said that she developed a survey for the students to gather data for NEIU governance bodies to explore the possibility among students of having NCAA conference teams.

Edwin Medina, the President of the SGA, emailed the survey on Dec. 13, 2021. The instrument designed by Vangelista asked students if they wanted to have NAIA or NCAA sports, their favorite sports, if they were willing to participate in intramural activities and whether they were willing to pay an intramural sports fee and a tuition increase to sustain a divisions team.

Almost 90 % of the 289 surveyed NEIU students—a bit more than 5% of the Spring 2022 student population—responded positively to the idea of having intramural sports and divisions sports at NEIU. One surveyed said, “I miss exercising as a team and having school spirit.” Though a few rejected the idea of having a sports fee added to their tuition.

Students favored basketball with 70% of interest and soccer with a 60% of interest in a question with multiple choices available. Other sports like baseball, softball and wrestling had a preference between 30% and 50%. A NCAA document named “Tools to tell the DII story” puts the tab for a NCAA Division II program without football at $4.5 million.

Vangelista also mentions that there are several steps to be followed before we can see a Golden Eagles Division II team defending the gold and blue. The process to get such an amount of money requires meetings between NEIU governance bodies such as the UPBC, the board of trustees, the UAC and the President’s Cabinet. The Chief of Staff said that the SGA is proposing an open forum to happen in Spring 2022 to address the matter during this semester.

President Gibson recognized her administration’s efforts to organize NCAA or NAIA division teams in her answers to questions made after her speech. She said, “As for the athletic program and conducting facility assessment plans, we will participate in a study to examine the potential for having NCAA sanction activities at NEIU”