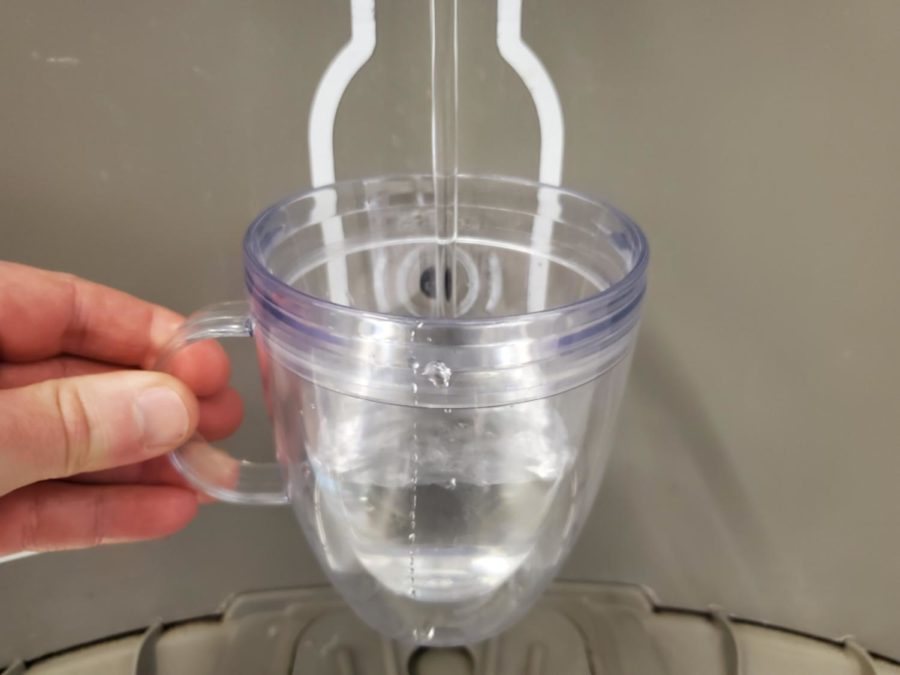 Is It Safe to Drink the Water Coming from Your Tap?

Water, like the sun and air, is crucial to our existence. By some accounts it is recommended that we drink half of our body weight in ounces per day. We are all fortunate to live in a city that has some of the cleanest drinking water in the country.

But just because the water that comes from the Jardine—the giant purification plant at the edge of Lake Michigan— is safe to drink, it does not mean that it will still be that way by the time it reaches our taps.

The Jardine, which opened in 1968, is located just north of Navy Pier and is not only the largest water purification plant in the country but in the world. It is responsible for the treatment of nearly one billion gallons of water a day or, to think of it another way, one million gallons per minute. That’s a lot of water.

If you have ever sat at the lake and looked out and saw what appear to be lighthouses, those are actually what are called cribs. Their jobs are to draw water from the lake and deliver it to the purification plant two miles away. The water then goes through a ten-step process before it enters the city’s distribution system.

Water is a solvent, so it is incredibly susceptible to natural pollutants— think water fowl, pollution, chemicals from marinas, etc. Most of us cannot see the lake from our homes, so we do not often think about those kinds of things. Thankfully, that is the whole reason why the plant is there.

Named after James W. Jardine, Chicago’s first water commissioner, the plant is responsible for delivering drinking water to nearly 5.5 million people in Chicago and 118 surrounding suburbs. With that many people to account for, the engineers must be sure that they are delivering a satisfactory product.

If you have ever driven or ridden the Blue Line past the junction at Montrose and noticed a big smokestack right next to the highway, that is actually the Mayfair pumping station. It receives water pumped from the Jardine and then pumps it out to the adjacent neighborhoods. It is the supplier for most of the water around NEIU.

According to the City of Chicago’s 2020 Water Quality Report, the City’s water tested below the Environmental Protection Agency’s (EPA) maximum thresholds in every category, but it did rank in the 90th percentile of both copper and lead contamination. This is not because the process at the Jardine is not working. No, in fact one of the chemicals that is used in the purification process is blended polyphosphate which is supposed to coat pipes and prevent any lead leaching.

The problem is that until a 1986 amendment was made to the Safe Drinking Water Act, Chicago’s building code required all service lines to be made of lead. A service line is an underground pipe that connects residential units to the water supply that lies below city streets. There are over 4,400 miles of buried water mains supplying these units and still nearly 400,000 lead service lines connecting them throughout the city— by far the most out of any city in the country.

Most mind-boggling about this is the fact that the next closest city in Illinois to that number is Aurora, with 20,000 lead service lines. What’s more, the ten states with the most lead lines per 100,000 people are all in the midwest with Illinois leading the way.

Even though the Jardine might be pumping blended polyphosphate into the water supply, the water is still traveling through lead pipes and some of them are over 100 years old, especially on the south and west sides of the city where there has not been as much recent construction as on the north side.

Also, consider how old many of the schools in Chicago are. Though the City claims that only one building in Chicago Public Schools (CPS) has a lead service line, that information is hard to find on the CPS website.

The website states that it has a plan in place for testing and that results will be posted there, but nothing has been posted since the completion of its first round of testing in June 2016. That data shows 113 of the 327 schools that were tested up to that point showed high levels of lead.

Lead exposure can have negative effects on anyone, but it is especially detrimental to children and pregnant women. It has been found that exposure to lead can lead to premature or undersized births, damage to a child’s central organs and negative effects on behavior and learning abilities. What’s more, lead stores itself in bones and will eventually leak out over time into the bloodstream. And so, nursing mothers can inadvertently pass lead to their children.

The fact that it stores itself in the bones means that as adults get older, their bones get weaker, and thus, instead of releasing just calcium, they are also releasing lead. Long term exposure, such as through drinking water, has been linked to neurodegenerative diseases like Alzheimer’s and dementia.

This is especially troubling given the fact that Mayor Lori Lightfoot announced a plan to replace 600 lines, particularly in impoverished areas, over the course of last year. At the end of the year, only 20 lines had been replaced. At the rate the plan proposes, it would take over 650 years to replace all of the 400,000 lines in the city. At the rate in which it is going, it would take 20,000 years.

When the plan was proposed, the City had identified up to $15 million of available funding from Community Development Block Grants to fully fund the program in the first year. But it also estimated that a full line replacement of a home or two-flat in Chicago would cost in the ballpark of $20,000. That means that Chicago has enough money for roughly 740 homes.

The cost of replacing all of the 400,000 lead pipes would be somewhere around $8.5 billion. However, all hope should not be lost. Part of President Biden’s $1 trillion infrastructure plan includes $1.7 billion to aid Chicago in getting its lead service line replacement program out of the ground, er, off the ground.

Part of that aid requires Chicago to replace all of its lines within a decade. The program, at least at its inception, stated that it will be a multi-decade effort. Newark, New Jersey replaced all of its 23,000 lines in less than three years. Though, that charge was led by a band of teachers who sued to get the city to replace them. As of this writing, there has been no such action by the Chicago Teachers Union. It has been known that the Chicago Teachers Union is pretty scrappy, just saying.

The program laid out by Chicago offers two options for its residents. The first prioritizes low-income residents whose properties consistently test above the threshold of 15 parts per billion (ppb) of lead contamination set by the EPA. The City states that it will replace the service lines of these units at no cost to the homeowner.

The second option is a replacement initiated by the homeowner. Although the expenses of it are not paid for as in the first option, the City has stated it will waive the standard permit fees for the replacement, which can cost around $3,100 per replacement.

So what can you do to ensure that the water you are drinking is safe?

The first thing you can do is have your water tested. Call 311 for information on how to test it, or you can go to this website. This will let you know if there is lead in your water, and if so, how much.

The second thing that would not break the bank would be to purchase a water pitcher filter or a faucet mount filter. Both of these can be purchased for under $50 at nearly any department store.

Another thing you can do if money is a little tight is to flush the water from the pipes in your building for five minutes before drinking. Or if you are conscious of water conservation, taking a shower or doing a load of laundry should do the trick.

This is not a sure bet, however. According to Kevin Jamieson of Tapsafe, a website that provides data on water quality and safety, sometimes flushing a system might actually produce more lead.

“Sometimes there’s more lead as you go on, versus less,” said Jamieson. “The thought would be that if you run it through the pipes, the water that’s been sitting there is forced out. But that’s not always the case. Some of the water comes in later.”

In some cases, the variability is not just between houses, as in say the north side or the south and west sides, but it can be in how long you run your water and how much lead is in it.

“So [there is] a really bad gauge on what’s happening,” said Jamieson.