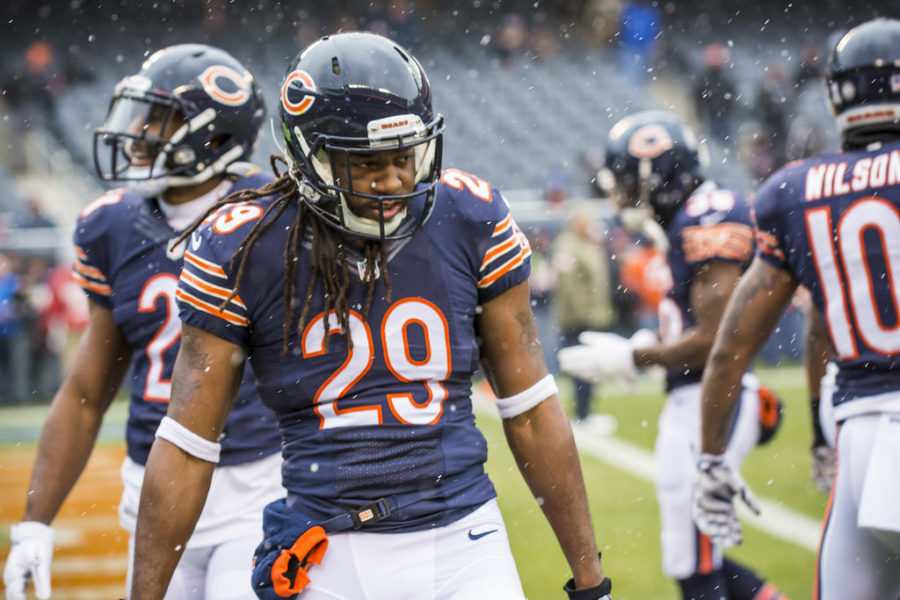 Ryan and Matt are “still” our football guys

Will this Matt & Ryan get the Bears over the hump?

Here we go again Bears fans! Tell me if I heard this before but the Chicago Bears  hired a new General Manager and head coach, and their names are Ryan and Matt. Not the Ryan (Pace) and Matt (Nagy) that guided the Bears into the throws of mediocrity in the past four seasons, but the former executive director of player personnel for the Kansas City Chiefs, Ryan Poles, and now former Indianapolis Colts defensive coordinator, Matt Eberflus.

There’s a new Ryan in town

The first domino to fall in the efforts to revitalize the Bears back to prominence was the hiring of Ryan Poles. The former Boston College standout, spent 13 seasons in the Kansas City Chiefs organization working his way up from scouting assistant to executive director of player personnel. During Poles’s tenure with the Chiefs, he had a hand in drafting some important pieces of the Chiefs organization: Patrick Mahomes, Travis Kelce, Tyreke Hill, Creed Humphrey, Chris Jones, Trey Smith, and Rodney Hudson. Poles has an eye for All-Pro talent and during his tenure with the Chiefs has learned from some of the most highly regarded current and former General Managers in football such as former Chief General Managers John Dorsey, Scott Pioli, and current Chiefs General Manager Brett Veach. Most Pro-football aficionados believe that Poles should have gotten a shot at General Manager because he has been a finalist for three GM positions in the last two years, Carolina (last season), before picking the Bears over Vikings last week. Poles grind from ex-player to assistant and now General Manager shows that he has what it takes to guide a team to relevancy, even if that means surrounding the front office with guys that he trusts enough delegate responsibility.. ESPN Fantasy football insider and former colleague, Field Yates, agreed with this statement on ESPN 1000’s radio show “Waddle & Silvy” in regards to the hiring and what kind of personality Bears fans will get with Pole.

“Early on it was so clear to me that Ryan had a lot of special qualities about himself, but what I’ve learned more and more is there are a lot of ways a General Manager can fail in the NFL, but near the top are when you can’t let go of the power and you’re too focused in on being the person responsible for the entire operation. That you are not willing to delegate, you’re not willing to surround yourself with smart people that aren’t going to be yes men. You have to have sincere humility and I’ve always felt that was one of Ryan’s greatest qualities.”

Pole’s willingness to delegate and consider different opinions is a far cry from the way the previous regime handled such matters. Former General Manager Ryan Pace was known for being non-confrontational and making decisions that impacted the organizations he worked for. Proof of that is back in the 2017 NFL draft when Pace drafted Mitch Trubisky with the number 3 pick of 1st round .He was told by many members of his staff and even former head coach John Fox not to draft Trubisky. Not only did Pace draft Trubisky but he traded 3rd, 67th, and 111th overall picks to the San Francisco 49ers instead of selecting Patrick Mahomes. Fast Forward four seasons later, Pace along with his hand-picked head coaching hire Matt Nagy were fired during black Monday while Mahomes led the Chiefs to yet again another AFC title game by beating the Buffalo Bills, the team Mitchell Trubisky currently plays for as a backup quarterback ( the irony). Let’s hope our new Ryan doesn’t go rogue and make a hasty decision like his predecessor will set this franchise back.

Eberflus is the name and defense is his game. The 17th Chicago Bears head coach was one of the most respected assistants in the NFL, leading an Indianapolis Colts defense that was top 10 in points allowed and takeaways in three of the four seasons. The stat that should get old-school Bears fans hot and bothered is Eberflus defenses have been one of the least penalized units in the NFL. Eberfluis is lauded for his motivational and teaching skills while anchoring a defense that plays with energy, effort, discipline. If those qualities sound familiar to Bear Fans, it is because Eberfluis comes from the same coaching tree that former Bears coach Lovie Smith comes from. As a protégé of former defensive coordinator Rod Marinelli, Eberluis runs a 4-3 style defense similar to Lovie’s Tampa 2 defense that took the Bears to the Super Bowl in the 2007-2008 season, but Eberluis puts his spin to this once-successful defense. In a conversation with defensive back Richard Sherman and current Titans defensive back Kenny Byard, while going through the nuances of offensive schemes they made a statement about Eberfluis’s defense that will surely raise eyebrows.

“We do a lot of stuff,” Byard said. “I wouldn’t say we’re like Indianapolis…”

“They do some crazy, wild stuff,” Sherman said. “Stuff I’d never seen before I saw them do it.”

Hearing two All-pro caliber defensive backs give this type of endorsement on the innovative scheme that an Eberfluis defense presents, Bear fans can sleep knowing that at least the defense is in good hands. As for the offense, today Eberfluis has scheduled interviews for the offensive coordinator position with Packers QB coach/Passing game coordinator, Luke Gesty, as a favorite to land the job. Plucking a coach from the rival Green Bay Packers may be a good idea, if it works for Aaron Rodgers then it should work for Justin Fields.

The hires of Poles and Eberfluis have divided the fan base, half the fans love the idea of pairing a young general manager with organizational experience with a defensive-minded coach that knows how to teach and motivate players. Others question the hires for the lack of experience at the positions along with the reluctance to hire an offensive-minded coach that could develop the Bear’s most prized asset, Justin Fields. The pairing seems to be a throwback to the Jerry Angelo/Lovie Smith era Bears which was the last time this fan base tasted consistent success. One thing is for sure that at least for the next couple of seasons, barring any unpredictable chain of events, to quote Chairman George McCaskey “Ryan and Matt are (still) our football guys”.