Miguel Del Valle: A Lider For The Community 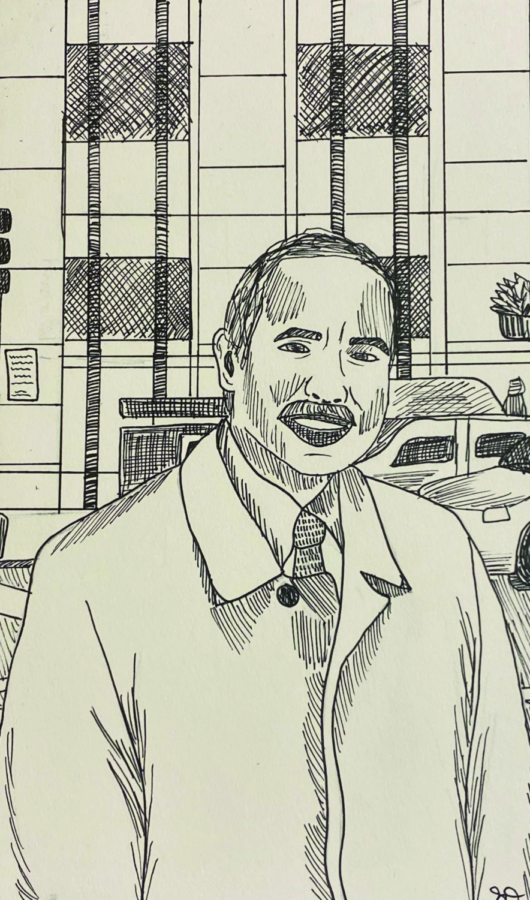 A few words, a couple of gestures were all it took to realize that Mr. Miguel del Valle is no ordinary leader. Del Valle is one of those few leaders who grow when they make the people around them grow, who do not count success in a narrow and limited personal perspective, but in the impact on the community, on collective progress, in moving forward together, as Mr. Del Valle would say “Pa ‘Lante”.

Since the year he entered college in 1971, Del Valle has fought and continues to fight for the rights and progress of the Latino community in Chicago. Among his many achievements referenced in a kilometric curriculum, during his time at Northeastern Illinois University (NEIU),  Del Valle was one of the founders of Proyecto Pa’Lante and an active member of the Union for Puerto Rican Students (UPRS).

After completing a degree in Secondary Education, he worked as an Executive Director of Association House, a non-profit organization where he developed social and educational programs, earning him the title of “emerging young leader” by the Chicago Tribune. Del Valle then took his activism to the field of politics, becoming the first Latino senator from the State of Illinois, a position he held for 20 years. Recently, Mr. Del Valle was named Alumnus of the year by NEIU and currently serves as the President of the Chicago Board of Education.

Del Valle grew up in the Humboldt Park neighborhood as one of the first Puerto Rican families to arrive in that part of the city. In an environment where attending a university was a rarity, he did not even think that such a possibility existed. However, thanks to a youth employment program and to an instructor he met at said program, Maximino Torres, Del Valle’s  life changed, and with it, the stories of the hundreds of persons who have come across it.

During their time together at a youth unemployment program, Torres encouraged Del Valle to go to college. Del Valle, who deeply valued the confidence exhibited by Torres, took his words to heart, which ultimately empowered Del Valle to apply to NEIU.

– “At the time that I applied, I did not expect to be accepted,” Del Valle said when reflecting on the day he was admitted to NEIU. “That basically put me on the track that led me to where I’m at today. That one day in my life could have been totally different if that letter had not arrived at that very time … on that day, I was going to literally sign the papers to go into the Navy.”

Getting into college wasn’t easy, but that was just the beginning for Del Valle, as his journey through university was not an easy one. “I felt pretty much alone at Northeastern; I think there were about 70 Latino students on campus,” Del Valle recalled. That experience made him decide to join the UPRS, an on-campus organization that connected him to the Puertorrican Community and was his first contact with student activism.

From that moment, he focused on making sure that other young Latino would have the same opportunity that he had to enter the university. “We wanted to make sure that the university was committing to opening its doors to the Latino community. We felt that as a public institution operated with taxpayers dollars, our families, our parent’s dollars, it had an obligation to serve the Latino community that was in dire need of opportunities to obtain the kinds of credentials that would allow individuals to progress in society,” explains Del Valle who, along with other students, began to pressure the university administration to hire a Latino counselor.

The person who was finally hired to fill this position was Maximino Torres, the instructor who noticed Miguel and advised him to attend college. Torres began to work passionately for the cause side-by-side with NEIU students. None of them had done anything like this before. “Many of us felt lost. We didn’t know how to navigate the financial aid process. … Even [when] registering for classes, we were totally on our own.” But that didn’t stop them, and they began recruiting high school students and providing support to Latino college students in what would soon become the Pa’ Lante Project.

Proyecto Pa’ Lante, which was founded in 1972, gets its name from the Latin expression Pa’Lante⁠ –“forward” in English-, in allusion to the vision of the founders of education which acts as a tool for personal growth and community progress. 2022 will mark the 50th anniversary of the birth of Proyecto Pa’ Lante. “And so while today Northeastern is a Hispanic serving institution, I never would have imagined back in 1971 that Northeastern would become a Hispanic serving institution,” said Del Valle when looking back at the journey of this long-standing program that has changed the lives of hundreds of persons and their communities.

However, the success and continuity of the program cannot be an excuse to stop working with ambition and enthusiasm. From his position as President of the Chicago Board of Education, Del Valle reiterates, “I think about Northeastern all the time and I think about the number of Latino students that are at Northeastern today, and I still say it’s not enough. I looked at the numbers from 2017 to 2019: 541 Latino graduates in total. We can do a lot better than that.”

Regarding this issue, one of the attendees to the conference spoke about the disastrous effects of the program in regards to the decrease of resources. This matter stems  from the attempt to save costs by homogenizing higher education without taking into account the importance of cultural components, the diversity and the different backgrounds of the students. For  Del Valle, the solution to this type of policy is to enhance the commitment of people in decision-making positions to provide quality higher education for the future.

Del Valle ended the talk with two messages, especially for NEIU students. The first message was one that was learned by Del Valle as a young activist in student organizations: “Prepare yourself, be forceful, educate people around you, study the history of the issue you are advocating for”.

The second was a giant “I am proud of you” to all Latino students who are part of Proyecto Pa’ Lante and NEIU. “I want them to know as they move forward, as they obtain academic credentials and work experience, their successes will be followed by the entire community, not only by the Latino community but by the community in general. The aim is not just to improve their economic status, but to put their skills to work for the benefit of society. I don’t want them to lose sight of what I feel is an obligation that they have: to look for a way of affecting positive change”  Del Valle concluded.