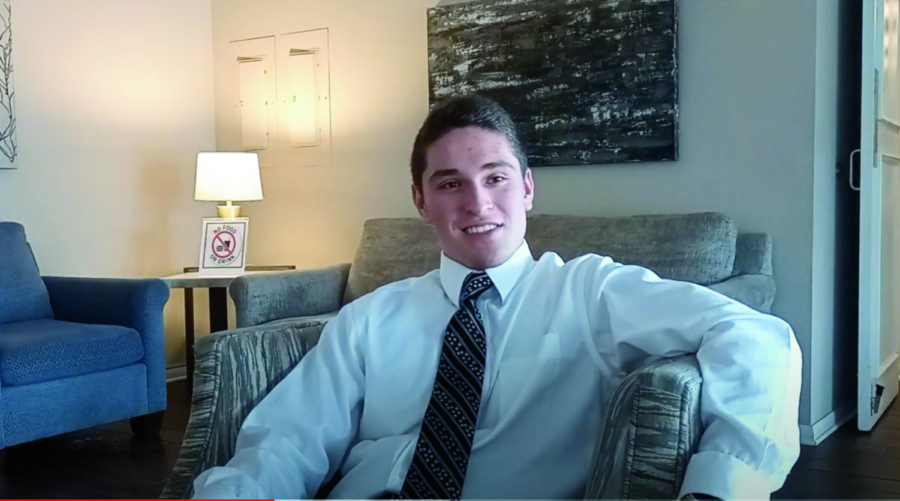 We usually picture people working in funeral parlors as serious, cold-hearted and impassible. The widespread image is somewhat similar to the character of Lurch, the butler in the television sitcom “The Addams Family.”. But it only took me one conversation with Brandon to break that stereotype.

Brandon Koskiewicz is a student of Business Administration at Northeastern Illinois University (NEIU). He is cheerful and fun, passionate about Muay Thai, and everything that has to do with outdoor sports and going out. Not only does he work in a funeral house, but in the future, he would like to become a funeral director.

Koskiewicz started getting involved in his family business, Casy & Rios Funeral Home, four years ago and since that time, he has been learning how the funeral industry works. He has been daily in touch with death since that day, but for Koskiewicz, death is not something to be scared of: “The only thing I’m scared of is to not leave a life well lived behind.”

As Koskiewicz sees it, death has become a taboo in our society and we try to hide it or avoid talking about it. “I do think that we need to acknowledge it and know that our time on this earth is limited,” said Koskiewicz “So you just have to take it with open arms and soak up as much as life gives you…”

Some say that death can be a master for life and the lesson that Koskiewicz has learned from this time in the classroom is: “Don’t hold grudges and just be as close to your family and friends as you can be.”