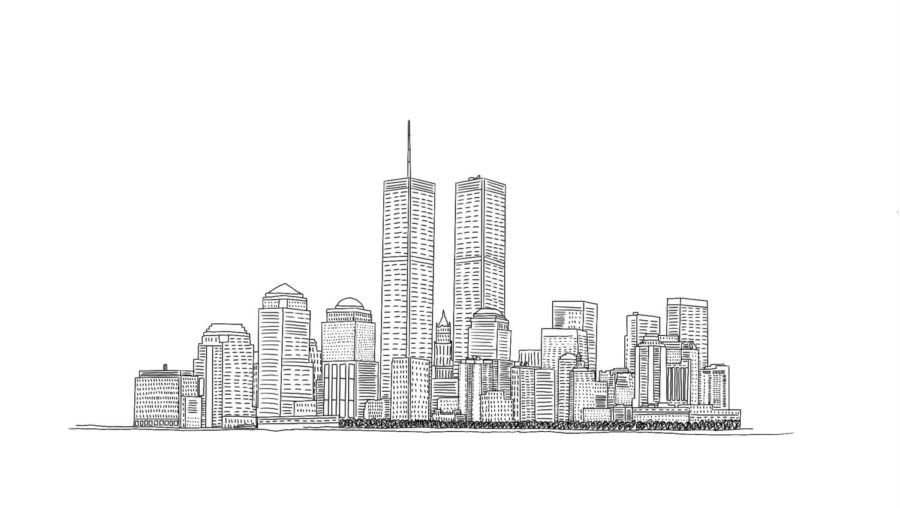 9/11 Twenty Years Ago. I Never Thought That I Would Have A “Where were you?” Moment In My Lifetime.

I can not believe 20 years have passed by already. For many people, there is a before 9/11 and then there is after 9/11. However, I also have to admit some people weren’t even born yet. September 11, 2001, is a historical event not only in the history books but experienced by many still alive today. I was 32 years old, a manager at a major retailer, and had just worked an overnight shift. I was literally passed out on the couch. I was so tired I could not even bring myself into the kitchen to have a cup of coffee with my mom. In those days my mother took my daughter to school.  Amanda, my daughter, was six years old and in the first grade. I would have lunch duty at her school in a few hours so I would see her then.  Her dad had been at work since 3 am and would soon be heading to his second job. The sun shone brightly. The air was crisp. It was the perfect time of year, Sept. 11, 2001, had started off as the perfect day.

It is so clear in my mind and feels like it was yesterday. I never thought that I would have a “Where were you?” moment in my lifetime, but then 9/11 happened.  My second eldest brother came barrelling into my mom’s and screamed at me to turn on the TV. I sat up, no time to shake the sleep out of my eyes, or make sense of what was happening when we watched in stunned silence as a second plane crashed into the south tower of the World Trade Center. I could not believe what I was seeing. How did this happen? What had caused this to happen? How are they going to get all those people out of there? My mind was ablaze with a million thoughts at once. I did not think that it was a terrorist attack. I thought it was a terrible accident. I lost a great deal of innocence that day or rather, I could no longer have the luxury of being ignorant.

I feel that those who are now reading about 9/11 in textbooks need to be aware of its significance and just how it changed our view of ourselves and others. To many, the sense of pride in our country and what it means to be an American was amplified. While we hung our flags, dealt without traveling, and even waited in long lines at the grocery stores patiently; others were openly hating  Muslims. Hate crimes and pure unadulterated loathing for anyone who vaguely looked Middle Eastern was the norm. Sound familiar?

America and Americans have many periods of time in our short history where hate has overtaken our judgment. America has “whitewashed” much of our history, the Chinese that worked on the railroads, the Indigenous people whose land we made territories of regardless if the land was already theirs, the Mexicans who work in fields pick our corn and who are barred from coming into this country for fear that they are living off of welfare and stealing jobs. Let’s not forget our black brothers and sisters who have been forced to work on lands that were not their own or dealt with the indignity of being treated as less than human because of the color of their skin. I can keep going. Internment camps, separating parents and children and leaving a country to fend for itself in the midst of civil war. My hope is that with the remembrance of September 11, we recall the love of the country we had.

People did hang their flags, other countries admired our resolve, and people even went as far as to hug their neighbors as a sign of solidarity for the American way of life. Flash forward to 2021 and we are holding on for dear life. Party loyalty, worldwide pandemic, social distancing, mask-wearing, and the vaccine separate us more than ever. We have lost sight of things and have made this all about the left or the right. Gone is the pride in America, and even our allies are scratching their heads, wondering what the hell we are thinking. As we take the time to recall the tragic events of that day let us also remember we rose from that tragedy, stronger, more united, and proud to be an American. We can and will do it again.  Sadly, it is the enemy within that we must fight to maintain a life worthy of an American.

Pause when you are asked to. Mark the time from the first plane to the crumbling of the north tower several hours later, the 3000+ people that perished that day, and think of what we are now.  Remember the more than 600 thousand that died because of Covid-19. It’s all related, it’s all relevant. Take the time to learn the history, do your civic duties, and spread love not hate.  Perhaps just as 9/11 brought America together we will find a way to do that today. We might turn our “Where were you?” moments to times we remember as the time when Americans acknowledged our wrongs, came together as one, and regained our standing in the world arena.

Out of a horrific event came a sense of what our country stands for and who it stands for. As we remember that day,  walk the halls of the 9/11 Memorial Museum even if just virtually and pay homage to the brave men and women of then and now remembering to not let them die in vain.