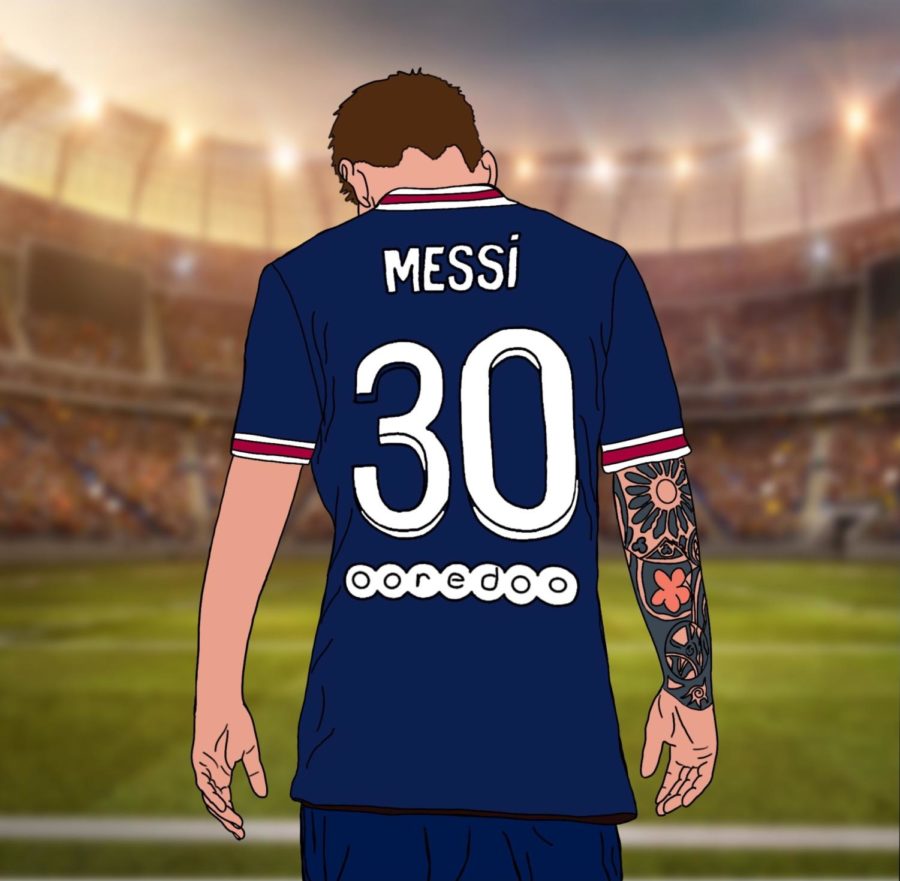 Just a couple of minutes before Paris Saint Germain (PSG) superstar Kyllian Mbappé had made a run to the far post and connected a ball into the net served by right back Achraf Hakimi, Le Parisien — also known as Paris Saint Germain — had scored the second goal of the night against the local club Stade de Reims during the second half at Auguste Delaune stadium in Reims.

Suddenly, as the players were getting in position to kick the ball off into play, an ovation from the more than 20,000 fans that attended the game in this small French city stopped the time for a minute and centered the world of soccer onto Lionel Messi who is arguably the greatest soccer player of our time. Messi would step onto a professional soccer field wearing a shirt other than that of FC Barcelona for the first time.

The Argentinian did not have a superb game. He was able to make some triangulations with fellow Argentinian Angel Di Maria and Mbappé, but his personal marking was tight. At the ‘75 minute, he created a chance by stealing the ball from the opposition and played it to the wings. He then ran to the middle to hit the ball into the net but Mbappé’s pass was blocked by the homeside defense.

Later, seven minutes before the end of the game, Messi made a run toward the goal that could have ended up in a dangerous situation for the local team, but the defense of Stade de Reims dispelled any problem. With a final score of 0-2 the game finished with Stade de Reims fans giving a standing ovation to El Enano, which is the nickname Messi is referred to in Argentina.

Though an ovation by the public in a soccer game played in a regional European capital would not be by any means newsworthy, the highlights of Messi during the game reached 14 million views on a popular soccer Youtube channel four days after the video was posted to the platform.

This phenomenon was also reproduced in the United States, but on a smaller scale. For instance, the American victory over Mexico in the final of the Concacaf Gold Cup  one month ago has been watched less than 500,000 times on the channels of traditional sport broadcasters like Fox News or ESPN.

On the other hand, Messi’s 2:21 minute video on the Bein Sports USA channel is close to having a million views as of the end of the second week of classes and less than a week after having been posted online.

One of NEIU’s international students from the Netherlands Wessel t’ Hoen said, “I got on top of the item [Messi’s transfer rumors] and followed the all-time most remarkable transfer closely.”

Like Wessel, millions of fans all over the world followed Messi’s story from last month since the rumors began in Qatar regarding his departure from Barcelona until the moment he moved the ball in a PSG uniform branded by another sport legend — Michael Jordan.

These same fans justified PSG ownership’s decision to buy the Argentinian. Since Messi got transferred to PSG, the strong revenues that the Qatari owners of PSG were expecting are pouring in and generating interesting prospects so far.

In England, Le Parisiens put 150,000 jerseys with Messi’s name on its online store with prices ranging from $80 to $190 and they sold out within seven minutes.

Although fans understand that money is what keeps everything running in the sport, it looks like it is becoming a tendency among club owners or elected officers to forget that soccer, at the end, belongs to the fans.

“Soccer is losing its charm. Billions of dollars change hands every transfer window. The amounts that clubs are prepared to pay for players do not resemble the worth on the pitch,” t’ Hoen said regarding the harm that businesses like Messi’s transfer to PSG are doing to soccer.

It is a feeling a lot of soccer fans have and it grows with every new transfer window. The one that ended on Aug. 31, the same day Messi made his debut with PSG, also brought the news of Cristiano Ronaldo leaving the Italian side Juventus FC to join Manchester United for the second time in his career for a large amount of money. With no certainty or regard of having Ronaldo produce results on the field, Manchester United leadership is expecting his transfer to be instead a financial success.