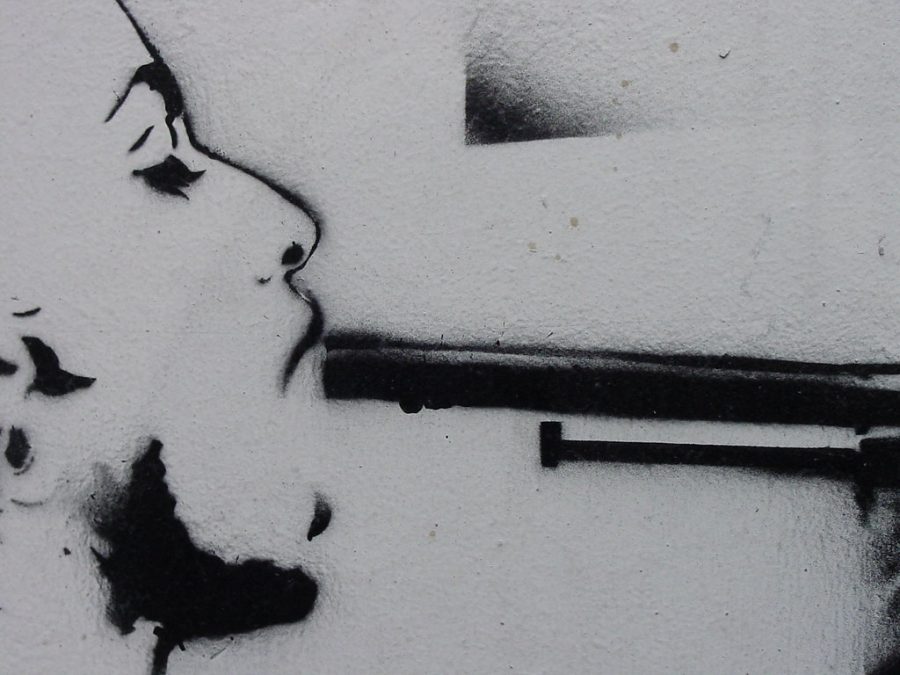 suicide stencil by polmuadi is licensed under CC BY 2.0

We can only speculate why someone commits suicide.  They seemed so happy,  they seemed to have it all,  and it was so selfish of them to do this.  In some shape or form, we have our opinion on why someone would think suicide is the only way out.  The pain is real. The feeling of sadness is overwhelming. The sense of despair and dread can be too much for some people to handle.  There seems like no other way out. This is what survivors of attempted suicide have commented on.

The pandemic the world is experiencing has many horrible consequences; such as lost jobs, major life events have been postponed or just canceled altogether, businesses have had to close— some of them permanently, lives have been lost to Covid-19, social distancing is now a thing, washing hands, mask-wearing, and increased domestic violence and child abuse. Suicide is seen by many as the only way out.

On campuses across the United States,  suicide amongst students is above the national average.

According to the CDC,   “Younger adults, racial/ethnic minorities, essential workers, and unpaid adult caregivers reported having experienced disproportionately worse mental health outcomes, increased substance use, and elevated suicidal ideation”.  Young adults are aged between 18 and 24 years; which refers to many of those that are college-aged.

Many people that are left behind by those that have taken their lives often say that they are able to pinpoint certain interactions or recall situations that they now see as “calls for help” which went unnoticed or acknowledged. Those left behind need to know that once an individual has made up their mind to take their life there is little that you can do.  Often those that commit suicide do so with little planning and act on the spur of the moment;  however, there are others that plan out this act to the minute detail, leaving nothing to chance.

What I have gleaned from my research is that no one can foresee the “Why” behind suicide. Within the last few years, we have lost people in the public eye such as actor Robin Williams,  designer Kate Spade,  and chef Anthony  Bourdain to suicide; we are here left behind wondering “why?”  These individuals had everything they could ever want, or did they?  That question will go unanswered forever.  As for the younger generation dealing with thoughts of suicide, it can be so overwhelming and with no way out of what you are trapped in.  The idea of practicing self-care seems not.  When a person is hurting and feeling nothing but pain, anxiety, depression, or being overwhelmed and they feel this consistently, suicide can feel like the only way out.

There is help out there and it is not only for those contemplating suicide but for those that wish to try and understand and help those in need.  A great resource is the National Suicide Prevention Lifeline at 1-800-273-8255.

“The Lifeline provides 24/7, free and confidential support for people in distress, prevention and crisis resources for you or your loved ones, and best practices for professionals.”  Reach out to the prevention lifeline if you are someone contemplating suicide or you know of someone that might be considering committing suicide. For further information on the lifeline please visit their website: https://suicidepreventionlifeline.org/

As stated before, suicides during the pandemic have been on an uprise.  The World Health Organization even recognizes the issue of well-being, or the lack of, that contributes to suicide and suicide attempts.  “Suicide is a serious public health problem; however, suicides are preventable with timely, evidence-based and often low-cost interventions.”   A person’s “bubble” during Covid is their best resource.  Offer an ear to listen, help those that are struggling by providing them with Prevention Lifeline.  Please also keep in mind your own mental health.  You will not be able to provide assistance if you yourself are not practicing self-care during these times.

For further information on the subject of suicide, prevention of suicide, and the resources available free of cost please reference the links that have been included in this article.