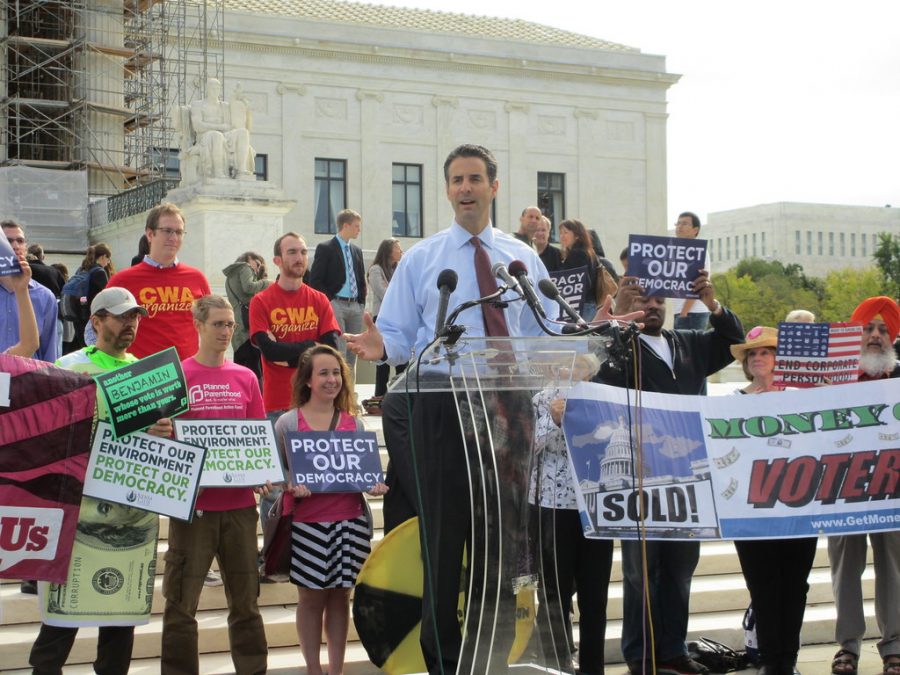 For The People Act: What You Need To Know

John Sarbanes, U.S Democratic Representative for Maryland’s 3rd Congressional District is the author of the For The Peoples Act also known as H.R.1.

Rep. Sarbanes’ latest focus has been on ensuring that there is an end to voter suppression and that our laws ensure our democracy is once again a voice of the people.

H.R.1 was passed by congress’s House of Representatives back in 2019, however, it was blocked by the Senate. Regardless of party affiliation, a clear understanding of what the bill seeks to do is the only way one can utilize their vote during elections, as well as have their voices represented by the political leaders they put in power.

If passed, the For The People Act would be the most comprehensive change to the voting system since the Voting Rights Act of 1965.

The act would challenge the laws recently passed in various state legislatures that some say limit voter’s rights by making it harder to vote.

In short, here are some of the key items addressed in the For the People Act:

Regarding election security, changes to the paper ballots would be made.  The act also calls for campaign finance to be addressed and the measures a business can take with regard to a candidate’s campaign. This addresses how much billionaires/corporations can donate on behalf of their special interest.

The act also would also require the President and Vice President to share their federal income taxes for the last ten years; this would be the new standard and hiding behind legal proceedings taken before a person’s presidency would no longer be possible.

Whatever your political affiliation, no longer is the time to rely on your past inherited political party. Democrat, Republican, Libertarian, Green, Tea, or Independent, it does not matter.

Helping this democracy morphe into an ever more mindful government, one that best serves us all, regardless of the color of skin, sexual preference, or religious affiliation we align ourselves with is the only goal of importance for the citizens of the United States should have.

We must strive to have a  Democracy that is truly ”for the people and by the people”   showing the world that even a country as young as ours that is having continued  growing pains, we stand united in the basics; such as those that are covered in the Preamble and Constitution,  “We the People of the United States, in order to form a more perfect Union, establish Justice, insure domestic Tranquility, provide for the common defense, promote the general Welfare, and secure the Blessings of Liberty to ourselves and our Posterity, do ordain and establish this Constitution for  the United States of America.”

For those that are interested, a recap of both the Preamble and Constitution of the United States — prior to any amendments — is an excellent resource to refer to and can be found here: www.archives.gov/founding-docs/constitution-transcript.

As students of Northeastern Illinois University and citizens of the United States, we must continue to educate ourselves about H.R.1 and other workings of the government, formulate choices based on facts, exercise our civic duties, and help make voter’s rights fair for all, securing the legacy of this democracy for future generations.