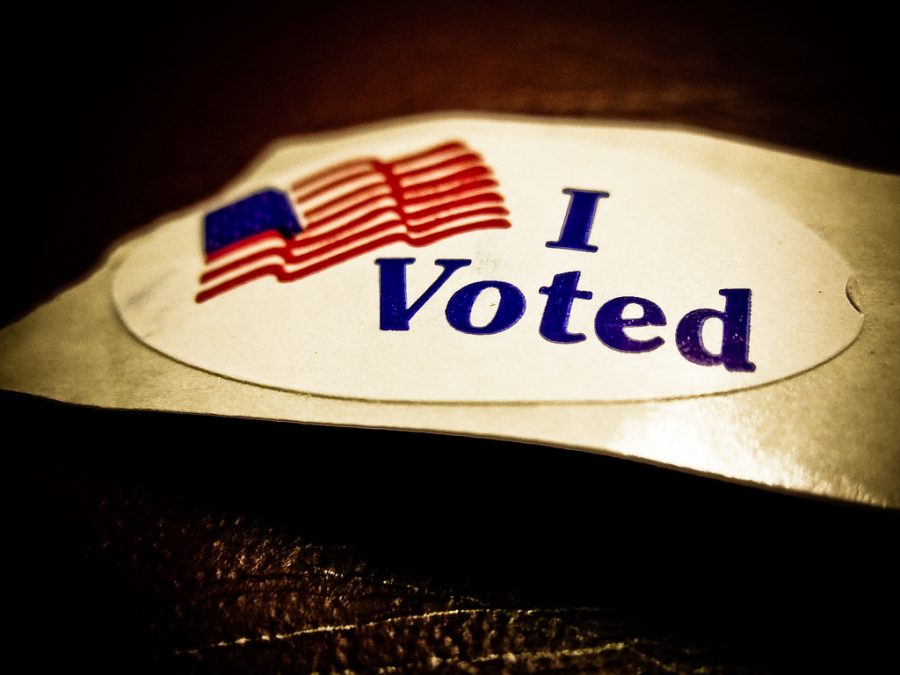 Opinion: Proportionality, Not Popularity, is the Path to Reform

When, in 2020, President Joseph Biden Jr. won Georgia by under 12,000 votes, he gained all of Georgia’s 16 electors. In the 2016 election former President Donald Trump won Wisconsin by less than 23,000 votes, receiving all 10 electoral votes. This system of winner-take-all has been used by most states since the election of 1824 and negates votes cast for the losing candidate—meaning the million or more votes for the losing candidate in Georgia in 2020 and Wisconsin in 2016 were virtually ignored when their state’s electors cast their ballots. This waste should outrage all who want every vote to have an impact and there are two existing suggestions to remedy this flaw: eliminate the Electoral College in favor of a popular vote, or institute a “popular vote compact.” Both of these have their own problems; the fix should instead be repealing the Twelfth Amendment and mandating each state proportionally award their electors.

The most frequently advocated solution to our undemocratic elections is to elect presidents solely by a popular vote. This would require an amendment to eliminate the state electors as prescribed in Article 2, Section 1 of the Constitution. However, such a course of action poses one daunting problem.  For it to be ratified, an amendment requires the support of three quarters of all the states, i.e. 38. It is doubtful that enough states would give up their advantage in the electoral college in favor of a popular vote.

Another suggestion is what professor Lawrence Lessig of Harvard Law School refers to as “the popular vote compact.” Though similar to the popular vote, this option is unburdened by the need to pass a constitutional amendment. Instead, a coalition of states pledge to allocate their electors based upon who wins the national popular vote. This compact will only take effect once there are enough states with a collective electoral count of at least the 270 votes necessary to be elected and it currently has the commitment of 196 votes.

The national popular vote compact does not require an amendment because a state allocates its electors by their own laws and is not directed by the Constitution, a major bonus for those wishing expedient electoral reform. However, it still does not account for the issue of representation in each state. In this system, the possibility remains that a candidate would win the popular vote of California but lose the national popular vote, therefore requiring California to distribute all of its electors to the candidate who lost that state’s vote. This is the same as claiming diamonds are better than coal, despite both being variations of carbon, simply because a diamond looks better than a lump of coal. The popular vote compact may appear better than what we have, yet both are constructed from the same exclusionary substance.

The most practical solution however, one which is also representational, is to require all states allocate their electors by the proportion of votes each candidate received in that state.  Using Georgia―where Biden and Trump nearly split the vote at 49% apiece in the 2020 presidential election―as an example, each candidate would receive eight of the state’s 16 electoral votes. This proportional allocation of electors would do much to solve the undemocratic nature of our presidential elections in two ways: first, it would almost certainly prevent future scenarios like that of 2000 or 2016 where the elected president lost the popular vote because there would no longer be an incongruence between the proportion of the population and of electors a candidate received. Second, it would remove the kingmaking power of the so called battleground, or purple, states because in every state a candidate might win some electors even if they lose that state’s popular vote. For example, in a state like Texas that has reliably awarded all of its electors to Republican candidates across the last several elections, a Democrat could still earn a percentage of the electors―46.5 percent of Texans voted for Biden in 2020. The same holds true for California and, as it should be, all the states in the Union.

Changing the Electoral College to reflect their states’ proportion of votes is a good start, but only fixes one issue. The second problem is the  need of correcting the Twelfth Amendment.  Instituted after the third presidential election in American history, where Thomas Jefferson and Aaron Burr tied, it stipulates that in order to win the presidency a candidate has to both win the most electors and the majority of available electors. The total number of electors today stands at 538 and is why a candidate must reach the 270 vote threshold to become president.

There is one final issue with the Twelfth Amendment for both those who advocate either for electoral reform or the popular vote: the separate votes for president and vice president. This stipulation of the Twelfth Amendment is another overcorrection to the third presidential election.  This needs to be eliminated and we should instead return to the original framework of the Constitution so that the runner up to president becomes the vice president.

The primary goals for eliminating the Twelfth Amendment are to create more opportunities for cross party/ideological cooperation and allow those who voted for the runner-up to better both feel and be represented.

Fixing the Electoral College and abolishing the Twelfth Amendment may seem a long, complicated and inherently undemocratic solution to those who advocate for its abolition in favor of the popular vote; and, to be fair, it is.

Article 2, Section 1 of the Constitution stipulates that each state carries as many electors as they have senators and representatives in Congress. The fact that senators are included in this allotment of electors is the prime example used to argue against the existence of the Electoral College. The argument is that by including senators toward a state’s electoral representation, disproportionate weight is given to less populated states. For example, the weight of the electoral votes of America’s least populated state, Wyoming, is almost four times greater than that of California, the most populous state. This is an abomination to those who desire pure democracy.

This would indeed be an unjust method of voting in a democracy, yet we are a united democratic republic of smaller such republics and not, as some might wish, a pure and simple majoritarian democracy―nor should we be one. Each state has the limited standard influence of an equal two votes regardless of the population when voting for president. This is why senators were included in the allotment of electors and why they should remain. The presidential election is not just a vote on who represents the population of the United States, but also who represents the states on a global level. The inclusion of senators in the number of electors allows for an equal baseline representation of the states and their unique interests, the inclusion of the number of representatives in this allotment accounts for the population of the states and their proportional influence. These electors are a necessary element if we are to remain a democratic republic.

In order to restore our democratic-republican ideals, we must advance practical arguments for amending the constitution. The most practical reform, one that is likely to get the support of the required states, is not to eliminate the Electoral College, but to eliminate the Twelfth Amendment and require each state to divide its electors proportionally. This may seem a half-measure to those who wish for the popular vote, but a possible half-measure is better than an impossible ideal.