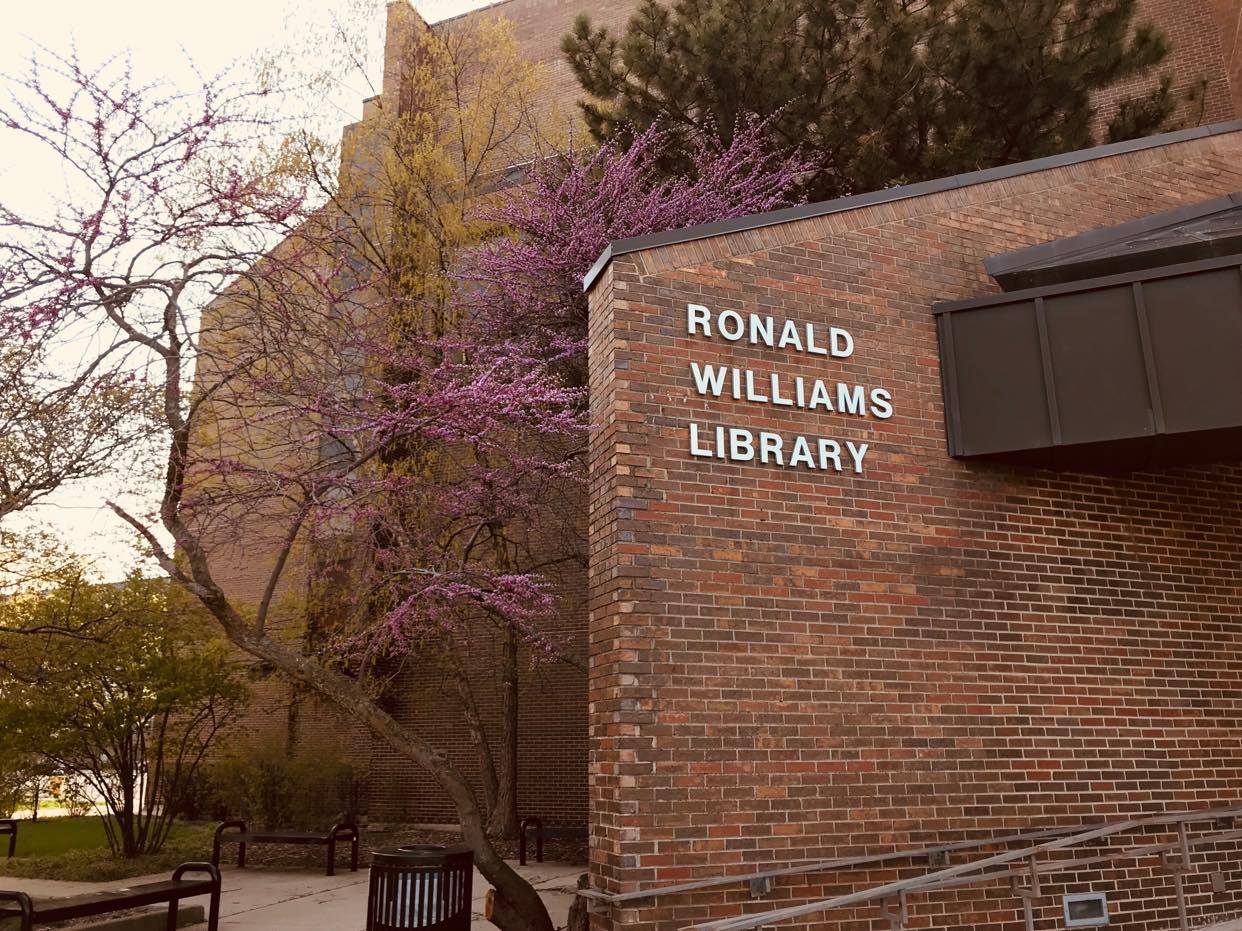 In September of 1981, Northeastern Illinois University hosted hearings regarding the authorized internment of approximately 120,000 Japanese Americans during World War II following the attack on Pearl Harbor. Ronald Williams Library archivist Hanna Ahn later discovered transcripts and recordings of the hearings that took place at NEIU’s main campus and digitized them.

“These tapes were considered ‘lost’ by the Japanese American community in Chicago for decades,” said Ahn. “There were 62 tapes that were related to the redress hearing.

“Thanks to the Japanese American Service Committee, we were connected with Flash Cuts, who was in the beginning stages of ‘Asian Americans’ and offered to digitize the collection in exchange for using the footage in their documentary.”

The Commission on the Wartime Relocation and Internment of Civilians (CWRIC) held 11 hearings around the country and heard testimonies from more than 750 witnesses that year to review details alleging the mistreatment and relocation of Japanese prisoners.

Interrogating the legality of Executive Order 9066, which authorized the detainment and relocation of individuals of Japanese descent, President James Carter held these hearings to decide whether or not to give monetary reparations for those who were held in prison camps.

Japanese Americans residing in the United State were apprehended by U.S. troops. The incarcerated were allowed two to four days to gather all of their belongings before being relocated

Prisoners stayed in concentration camps for an average of three years. Records reveal the years of privation and penury prisoners faced, such as losing their jobs and their homes in addition to the scarcity of resources such as food and drink.

The digitized recordings of the hearings at NEIU can be viewed on PBS on May 11-12 in part of a new PBS documentary series called “Asian Americans.”

“Part of the significance of having these recordings is it’s a big social justice to people who are wrongfully treated, especially for Japanese people in the U.S. during World War II,” said Dean of Libraries Steven Harris in an interview with the Independent. “After discovering these lost materials, we found that many people are interested in our community.”

Members of the Japanese community in Chicago listened to the recordings and approached NEIU’s library staff about helping them uncover similar archetypes. Japanese non-profit organizations across Chicago are working together with volunteers to display archive materials. Harris added that he hopes the new partnership will help the community come together and help Japanese-Americans preserve their history.

“We believe the findings of archive material found by our archivist will help make the library become a place in Chicago that shares the history of Japanese-Americans,” said Harris.