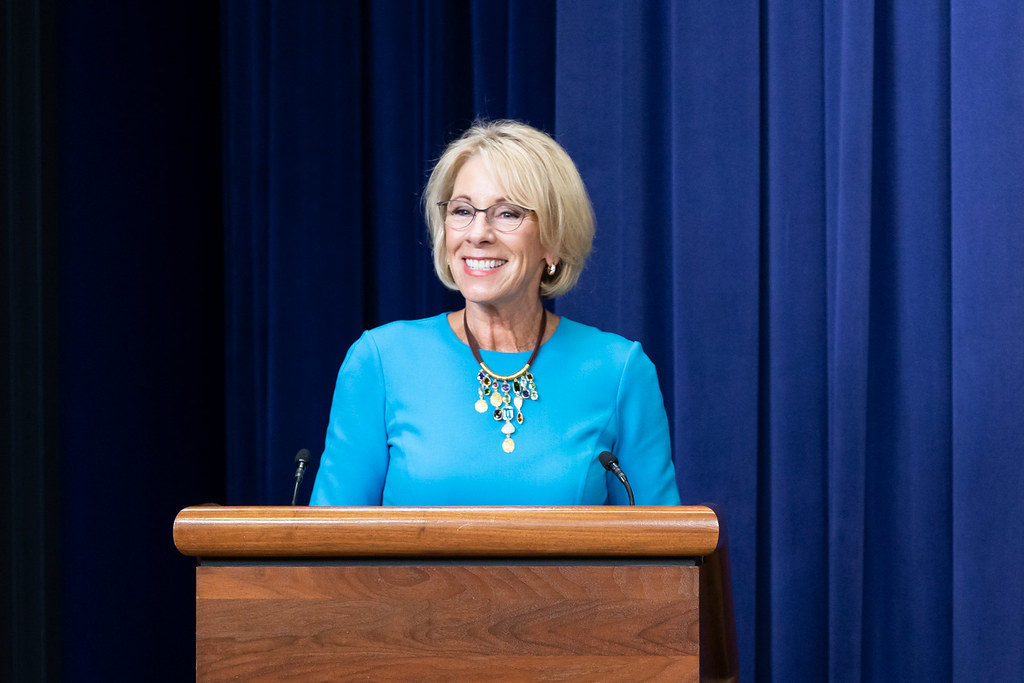 In March, Congress authorized a $2 trillion coronavirus economic rescue package, which included a pledge of $6 billion to U.S. colleges to counteract academic disruptions stemming from the novel coronavirus COVID-19 pandemic.

Undocumented students and recipients of the Obama-era Deferred Action for Childhood Arrivals program do not qualify for cash assistance, despite DACA recipients residing under work authorizations and deportation protections.

The DACA program safeguards undocumented men and women who either illegally migrated to the United States as children or overstayed their visas. The program’s fate is currently up for consideration, with a Supreme Court decision expected in June.

DeVos aids cite the language of the Coronavirus Aid, Relief, and Economic Security (CARES) Act as reason to exclude DACA recipients from benefits.

“The CARES Act makes clear that this taxpayer funded relief fund should be targeted to U.S. citizens, which is consistently echoed throughout the law,” stated Education Department spokesperson Liz Hill

As of last week, only $6 million of the $6.28 billion allocated to American universities, or less than 1%, reached its destination. On April 9, DeVos announced her plan to “immediately distribute” the money in a way that prioritizes simplicity.

“[DeVos] prioritized releasing these funds and made it as simple as possible for schools to access them,” said Education Department spokesperson Angela Morabito.

Education Department representatives blame colleges for “dragging their feet” during the application submission process, claiming only 27% of America’s 5,000 eligible colleges submitted the required documentation as of last week.

The decision to eliminate DACA recipients and undocumented students furthers the Trump administration’s long-standing vendetta against illegal immigration. In 2019, a lawyer representing the U.S. Justice Department argued in court that sanitary products such as blankets and toothbrushes are not essential items for children detained in immigration camps.