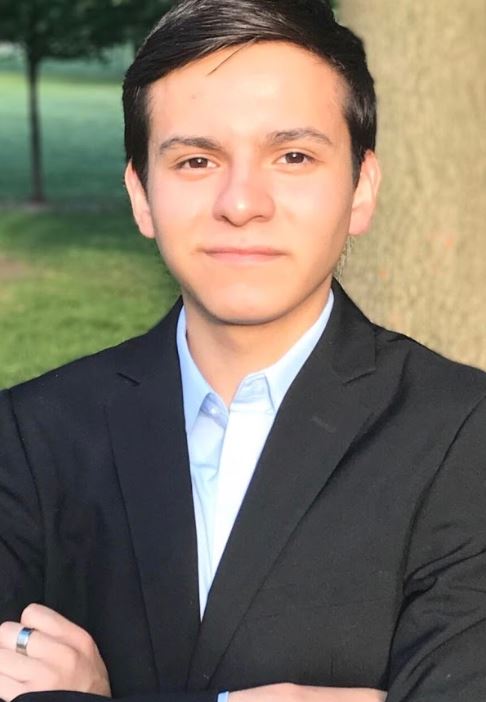 Diaz, who ran on a platform of community amid the emotional and financial tolls of the novel coronavirus COVID-19 pandemic, collected 92 of the 220 votes (41.81%). Glover finished with 89 votes while Jordan Andalcio finished a distant third, earning only 3 votes. Thirty-five voters refrained from selecting a candidate while one voter submitted a write-in ballot favoring an undisclosed candidate.

After winning the presidency, Diaz reiterated his goal of unifying the NEIU student body under one common banner.

“I want to emphasize my message of community,” said Diaz “This is new to all of us and it will take all of us to get through. I also want students to know that I will be reaching out to the administration very soon on how we can best assist students right now. And I plan on taking actions on my campaign promises.”

Chughtai replaces the departing Eric Winslow as vice president of the NEIU Student Government Association. The social work major, who describes herself as “super excited” to serve the NEIU community, championed equality and human rights en route to amassing 37.27% of the vote.

Chughtai hopes to restore relations between the NEIU student body and NEIU administrative leadership while fostering a university culture that encourages productive interpersonal communication. However, the former German-language tutor plans to prioritize solutions to the challenges posed by COVID-19.

According to Chughtai, her foremost initiative is to represent the NEIU student body in its fight for prorated tuition by taking up negotiations with administrative leaders. The third-year student hopes to use her platform to help alleviate the financial burdens stemming from widespread unemployment and mandated social distancing measures.

“Because of COVID-19, one thing that I’ve seen from a lot of students is that they want reduced tuition,” said Chughtai. “I think that is my main concern right now–addressing tuition and how every student [while] not in school still has to pay a lot of fees, even for the upcoming summer semester. So how can we negotiate with the school about reduced tuition or a reimbursement?”

Marlene Flores won the SGA’s secretary position in a landslide victory, collecting just under 50% of the student vote. Ayesha Bashir finished second with 26.81% of the vote.  Incumbent SGA secretary Destiny Davis will transition to a role on the Council of Clubs.

Isaac Espinoza edged out Greg Muenzer to become the new Chief of Staff, earning 96 votes against Muenzer’s 80. Forty-two voters elected against casting a vote for either candidate.

Mariah McKinney collected the most votes of the Senate hopefuls. McKinney gained 32.43% of the vote, nearly five percentage points above second-place Saarah Junaid.