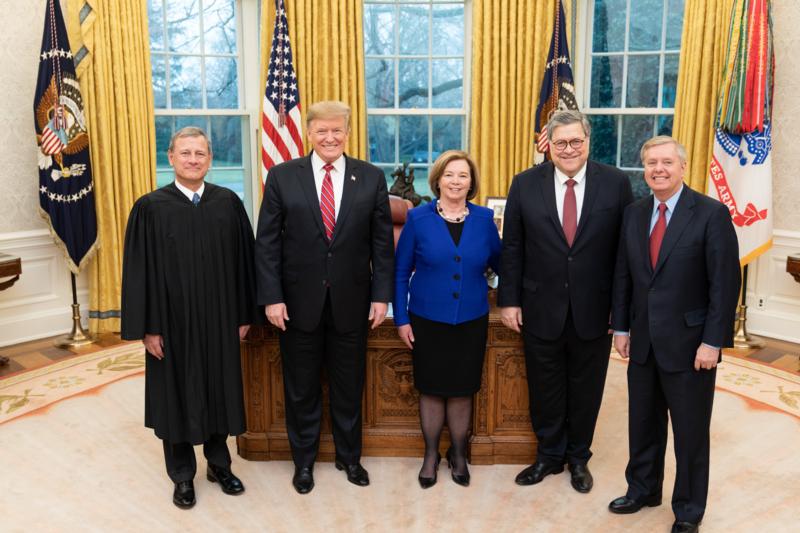 Despite harrowing increases in the transmission of the novel coronavirus COVID-19 pandemic, once-optimistic American leadership remains at odds in its attempt to combat the virus.

Despite significant increases in COVID-19’s rate of transmission, it took grim projections to convince the Trump Administration of the dangers posed by the virus. After medical advisors presented statistics estimating between 100,000 and 200,000 coronavirus-related American deaths in a best-case scenario involving extended social distancing protocols, Trump–who on Saturday issued a major disaster declaration for Wyoming, marking the first time in history that all 50 states are operating under such a declaration–retracted his initiative to “reopen the country” by Easter.

“WE CANNOT LET THE CURE BE GREATER THAN THE PROBLEM ITSELF,” tweeted Trump on March 23 before medical advisers persuaded the president to commit to social distancing guidelines.

WE CANNOT LET THE CURE BE WORSE THAN THE PROBLEM ITSELF. AT THE END OF THE 15 DAY PERIOD, WE WILL MAKE A DECISION AS TO WHICH WAY WE WANT TO GO!

Nevertheless, Trump engaged in a public tug-of-war with New York Gov. Andrew Cuomo over the need and accessibility of ventilators in a state that today reported its 8,627th coronavirus-related death.

However, criticism of President Trump’s responsiveness surfaced as March came to a close.

Michigan Gov. Gretchen Whitmer–who Trump referred to as “that woman in Michigan” and “Gretchen ‘Half’ Whitmer”–remains critical of Trump’s unwillingness to provide additional resources to states overwhelmed by the rapid influx of coronavirus cases.

“Hi, my name is Gretchen Whitmer, and that governor is me,” responded Whitmer, whose state experienced 1,392 coronavirus-related deaths, third most in the nation. “I’ve asked repeatedly and respectfully for help. We need it. No more political attacks, just PPEs, ventilators, N95 masks, test kits. You said you stand with Michigan — prove it.”

Hi, my name is Gretchen Whitmer, and that governor is me 👋

I've asked repeatedly and respectfully for help. We need it. No more political attacks, just PPEs, ventilators, N95 masks, test kits. You said you stand with Michigan — prove it. https://t.co/FtWlTLZdqW

Thus far, more Americans have recovered from the coronavirus than died from the virus. As of April 11, 29,442 Americans survived the novel coronavirus strain, compared to the 20,456 Americans who succumbed since data collection began.

However, as the worldwide coronavirus death toll surges, China–the original epicenter for the coronavirus COVID-19– offers reason for tentative optimism.

Wuhan officials reported zero new cases over a full week before reopening the city’s markets to the public.

However, fears over the possibility of a second outbreak and eroding trust between the United States and China cast doubt over the authenticity of Chinese data. According to the New York Times, the CIA contends that Chinese officials purposely underrepresented the nation’s infection count.

“So far, to the frustration of both the White House and the intelligence community, the agencies have been unable to glean more accurate numbers through their collection efforts,” writes Julian E. Barnes, national security reporter for the New York Times

Nevertheless, state officials in the United States rebuked the White House’s initial skepticism surrounding the severity of the virus. In response to the exponential growth in coronavirus cases, many states adopted drastic measures aimed at stunting the spread of COVID-19, including variations of “stay at home” orders aimed at flattening the curve of transmission and ensuring America’s healthcare system is not overwhelmed by new patients.

California Gov. Gavin Newsom granted clemency to 26 state inmates, including 14 convicted murderers. Among those released from prison are two offenders convicted for a crime resulting in the death of a child. A third inmate, former probation officer Rodney McNeal, served 22 years for the murder of his pregnant wife.

Chicago mayor Lori Lightfoot, whose penetrating glares and hard-nosed stance on the importance of social distancing made her a target of social media ridicule, closed access to Chicago’s lakefront after images surfaced of Chicago residents congregating on its shores.

As Illinois reinforces its stay at home limitations, Texas Gov. Greg Abbott announced the state’s intention to relax restrictions that have crippled the state’s economy, which is recognized as the 11th largest in the world if Texas were an independent nation. According to Abbott, Texas will allow businesses to reopen in a “safe” manner.

“We will focus on protecting lives while restoring livelihoods,” Abbott said on Friday. “We can and we must do this. We can do both, expand and restore the livelihoods that Texans want to have by helping them return to work. One thing about Texans, they enjoy working and they want to get back into the workforce. We have to come up with strategies on how we can do this safely.”

On April 3, Florida Gov. Ron DeSantis issued a stay at home order as the state surpassed 9,000 confirmed cases. However, while DeSantis warned of the dangers of face-to-face interaction, he encouraged civilians to enjoy the outdoors alone.

“The goal is to reduce contacts with people outside the home, so it’s less important of what you do than how you do it,” said DeSantis during a Thursday afternoon press conference. “If you want to go for a 10 mile run by yourself, more power to you.”

However, on April 9, DeSantis downplayed the severity of COVID-19, falsely claiming that no victim under 25 years old died from the virus.

“This particular pandemic is one where I don’t think nationwide, there’s been a single fatality under 25,” said DeSantis. “For whatever reason, it just doesn’t seem to threaten kids.”

As politicians wrestle with competing narratives surrounding the gravity of the novel pandemic, President Trump floated the idea of using Korean War-era wartime powers to force companies like General Motors to manufacture ventilators, a prospect criticized as a seizure of the private sector. Last Thursday, Trump confirmed that he hadn’t yet decided on whether or not to move forward with that initiative.

While constituents struggle to cope with the reality of a nation tasked with indefinite social distancing, elected leadership remains unable to reconcile its evident partisan fissure, unable to agree on how to confront the growing pandemic.

While some developments have been promising, such as a growing number of states embracing the advice of health organizations, others–including partisan jockeying over the details of the coronavirus stimulus package–may suggest a volatile partnership.