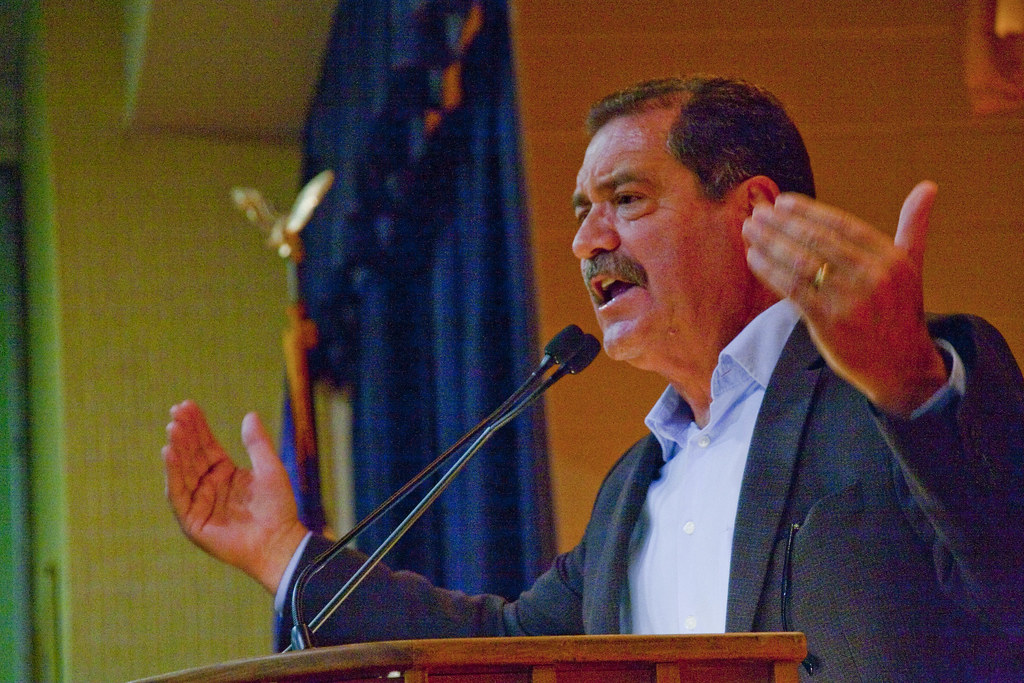 Immigration activists teamed up with Democratic congressional members and made calls on Tuesday, urging the Trump administration to protect immigrants in detention centers and those at risk of deportation from the COVID-19 outbreak.

Over 38,000 immigrants are detained at Immigration and Customs Enforcement (ICE) centers, and an estimated 3,000 immigrants are being held near Customs and Border Protection (CBP) centers. Many detainees awaiting a court order fled to the United States without authorization, prompting U.S. officials to issue deportation orders..

In the letter,  congressional lawmakers asked Wolff to release detainees posing no threat, those over 50 years old and immigrants with critical health conditions. Lawmakers also request that the DHS ensures its staff communicates with everyone working in detention facilities about symptomatic detainees and those testing positive for COVID-19.

“Immigrants continue to be held in detention centers with inadequate access to health care and in overcrowded, unsanitary conditions that will inevitably lead to deadly consequences,” said Rep. García in a press release statement. “Communities are only safe if we ensure all people, including immigrants, are safe and have access to treatment and testing. By erecting barriers to treatment and testing as well as keeping immigrants in unsafe, inhumane detention centers, this administration places everyone at greater risk.”

According to a Department of Homeland Security (DHS) report obtained by Buzzfeed, ICE is monitoring 63 detainees across 22 ICE detention centers. Twenty-five detainees are currently in isolation while four tested positive for COVID-19 while in ICE facilities.

“We are very concerned about the safety and wellbeing of [detainees] in detention centers,” said Mary Meg McCarthy, Executive Director at Heartland Alliance National Immigrant Center. “We have had [detainees] tell us that they have to buy their own soap to sanity themselves.”

According to a 2020 report obtained by the Detention Watch Center, people under ICE custody do not have access to toiletries and other basic necessities needed to blunt the spread of COVID-19. Centers like the Stewart Detention Center in Georgia and the Hudson County Jail in New Jersey failed to provide toilet paper, soap, shampoo or other essential supplies.

“People incarcerated are in grave danger and everyone that has the discretion to release people: the administration, local elected officials, ICE and other government agencies will be complicit in the loss of life,” said Bárbara Suárez Galeano, Organizing Director of Detention Watch Network in a press release statement.

Immigration lawmakers still believe there is more to be done to help detainees in hazardous circumstances. Without  ICE or the CBP following CDC guidelines, the number of positive cases is projected to increase due to overcrowding and the failure to follow CDC sanitation rules.

“We have represented individuals in immigrations courts to secure their release. Detainees are placed  in congested areas, and we are concerned that [ICE] is creating fear among [detainees],” said McCarthy.