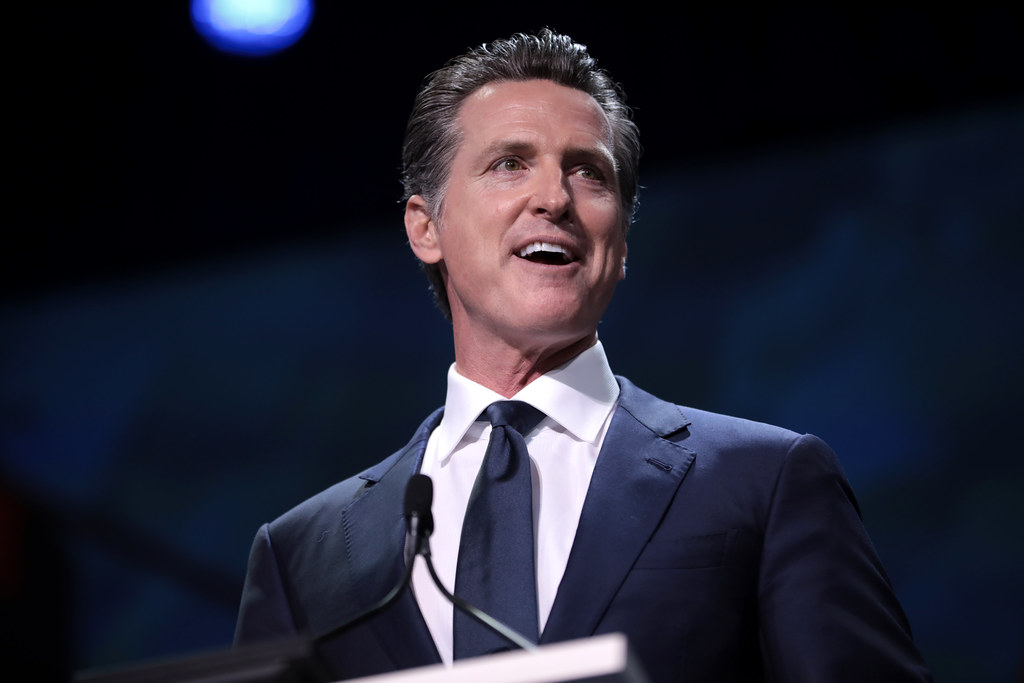 Fourteen of the 21 sentences commuted by Newsom involve murder or a related crime. Two of those sentences resulted from the death of one or more children.

Let that sink in.

While Gov. Newsom’s leadership amid the coronavirus COVID-19 pandemic has been commendable–California was one of the first states to recognize the severity of the virus–the idea that Gov. Newsom is releasing murderers under the guise of public health would be comical if it weren’t so dangerous.

Johnson served 22 years for assault on a child that led to death. According to court records, Johnson admitted to accidentally tipping over a high chair holding an infant. The child, who suffered a fractured skull from a prior fall in the preceding weeks, later vomited and went comatose while in Johnson’s care.

Parks served 27 years after a court convicted her for setting her house on fire, resulting in the deaths of her three children. Parks denies her involvement.

Parks escaped the fire without saving her three sleeping children. However, scientific advances in burn patterns raised doubts over her guilt. Pulitzer Prize winner Edward Humes endorsed her innocence, claiming that while “no one is arguing Parks is a model mom,” the evidence against her has been proven false.

McNeal, a former probation officer, spent the last 22 years behind bars for stabbing his pregnant wife, a crime McNeal denies.

According to the California Innocence Project, the timeline accepted by law enforcement in McNeal’s case remains inconsistent with the time needed to both commit the murder and ransack the house.

According to deputy director of media and public affairs Vicky Waters, the governor’s office already considered clemency for these cases prior to the emergence of coronavirus COVID-19. In an email distributed by Newsom’s office, Waters writes “as resources permitted, the governor decided to move forward with them.”

Nevertheless, Newsom’s decision to commute the sentences of convicted murderers begs the question as to why he didn’t start with nonviolent criminals. It’s difficult to believe there aren’t innocent men and women convicted of nonviolent crimes serving grossly disproportionate sentences.

Those men and women deserve consideration.

Most of the inmates granted clemency or pardons were under the age of 26 at the time of their crimes. Kristopher Blehm was 22 years old when he was sentenced to 25 years to life for murdering his crime partner’s personal rival, a crime revolving around romance.

Robert Glass, 28, was also 22 years old when convicted of murder following a burglary resulting in death.

And while it’s admirable to champion second chances for those toiling in an admittedly infected U.S. prison system, it feels as though Newsom bypassed caution for the sake of making a statement.

The debate surrounding the age of the offending party isn’t new, even appearing before the Supreme Court in 2012.

A case titled Miller v. Alabama determined that sentencing juvenile offenders to life without the possibility of parole is unconstitutional. The Supreme Court held the opinion that the minds of juveniles are more impressionable than those of adults. Subsequently, depriving juveniles of the chance to reform violates the eighth amendment’s prohibition of “cruel and unusual punishment.”

While such an determination holds scientific merit, men and women are responsible for their actions by age 22. By 26, adults should know better than to take the life of another human being, save for remarkable circumstances.

Newsom risks forfeiting his identity as a leftist champion should he continue trekking into such volatile waters. While reform is necessary for the betterment of the nation–the United States that leads all first-world nations in prisoners per capita by more than 100 per 100,000–the burden of self-protection doesn’t fall on politicians when mass clemencies are granted.

It’s transferred to the public.

Taking such drastic action simply for the sake of taking action is reckless. Newsom risks alienating his own coalition while emboldening his opposition. Very few, if any, support the mass commutation of convicted murderers, including those who, according to the courts, targeted the most vulnerable.

There’s something inherently heinous about harming a child. Children don’t possess the intellectual capacity to understand why their guardians are battering them into subservience. They can’t defend themselves as flames engulf them because those responsible for their well-being abandoned them.

This writing isn’t meant to operate as a statement on the guilt or innocence of any of the pardoned or commuted inmates. The American judicial system gets it wrong, as evidenced by the harrowing story of the since-exonerated Central Park Five.

The evidence against McNeal features loopholes worth exploring. Parks and Johnson each maintain their innocence, earning the support of organizations dedicated to proving their innocence.

And those three, if not more, deserve another day in court.

But if Newsom is wrong, he put the lives of Californians at risk. If Newsom overestimates one or more of the commuted inmates’ regret, he contaminates the integrity of the U.S. justice system. If even one person is harmed as a result of his commutations, that’s one too many.

Below are the names of the remaining inmates whose sentences were commuted by Newsom:

Richard Flowers, 64, was convicted of killing one woman during the commission of a robbery. Flowers served 25 years in prison.

James Harris, 56, convicted for kidnap in relation to a drug sale and the murder of two victims. Harris served 30 years in prison.

David Jassy, 45, convicted of killing a male victim during an altercation. Jassy served 11 years behind bars.

Shyri Lamar, 68, convicted for participating in a robbery that resulted in her partner fatally stabbing two victims. According to court documents, the victims bought Lamar and her accomplice furniture, invited them in for drinks and loaned them $30 dollars before Lamar’s accomplice stabbed them and robbed them of an additional $60. Court documents read that Lamar ate a tuna sandwich as the murders transpired.

Ramon Rodriguez, 49, convicted of murder after he was paid to kill his victim. Served 22 years in prison.

Tri Thai, 44, convicted of gang-related assault, second-degree burglary and attempting to dissuade a witness. Thai’s history also includes a conviction for receiving stolen property when he was 18 years old.

Monsuru Tijani, 55, convicted of perjury in 1986, check fraud in 1991 and submitting false financial statements in 1999. The governor’s office contends Tijani, a Nigerian native who converted to Christianity, is at risk of religious persecution upon deportation to Nigeria.

You can read the California Innocence Project’s file on McNeal, Parks and Johnson by clicking on their name.