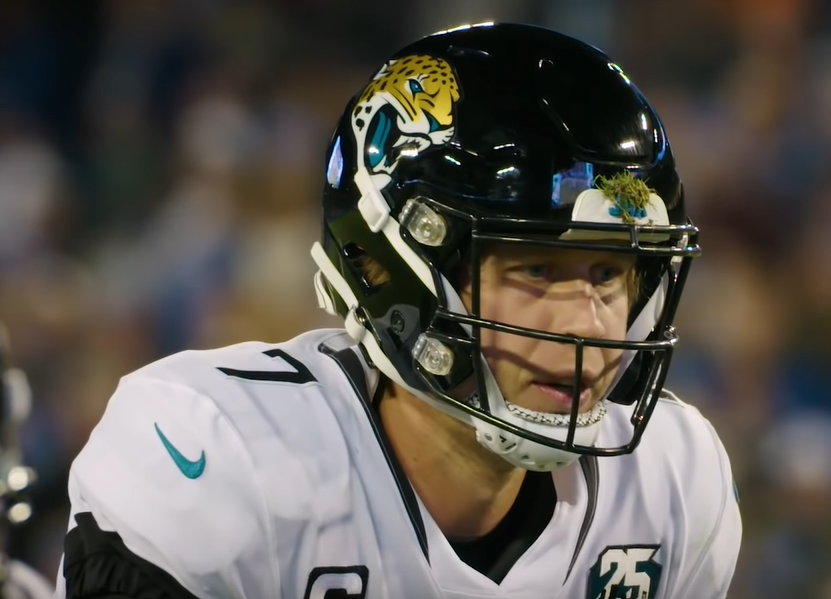 Entering the 2020 NFL offseason, the Chicago Bears desperately needed help at the quarterback position. With the winds of regression dancing around incumbent starter Mitchell Trubisky, the Bears appeared primed to land a premier free-agent quarterback, with the NFL rumor mill attaching everyone from Tom Brady to Andy Dalton to Chicago.

However, rather than select from an uncharacteristically deep free-agent pool, Bears’ general manager Ryan Pace elected to pursue the trade route, acquiring quarterback Nick Foles from the Jacksonville Jaguars in exchange for a conditional fourth-round pick.

Out of all the quarterbacks available via trade or free agency, Foles represents the most polarizing option; on one hand, Foles’ Super Bowl pedigree and surgical accuracy–Foles led the NFL in 2013 with an 8.5% touchdown percentage on the strength of a 27-touchdown, two-interception effort– is suggestive of the dormant potential head coach Matt Nagy, offensive coordinator Bill Lazor and quarterbacks coach John DeFilippo hope to extract.

However, it was just four months ago that Foles, who last March signed a massive four-year, $88 million dollar contract with the  Jaguars, forfeited his starting role to sixth-round draft pick Gardner Minshew.

Pace earned his reputation as an adventuresome gunslinger, unburdened by fear when it came to acquiring his guy. So when Pace adopted an overly-cautious approach to procuring Trubisky’s eventual successor, it was a foreign display of prudency from a front office known for optimism bordering on zealotry.

Make no mistake about it, Pace’s draft-day blunders are well-documented. Rather than draft DeShaun Watson or reigning NFL MVP and Super Bowl champion Patrick Mahomes, Pace traded four draft picks to the San Francisco 49ers to move up one slot to draft Trubisky. After what will undoubtedly be immortalized as one of the worst draft-day decisions in NFL history, fans relentlessly ridiculed Pace–who once believed Mike Glennon was a starting quarterback– for his inability to evaluate quarterback talent.

A year later, the Bears traded two second-round picks to select wide receiver Anthony Miller, who is yet to emerge as a difference-maker entering his third season. Meanwhile, his first two first-round selections–Kevin White and the recently-cut Leonard Floyd–are remembered as two of the biggest draft busts in recent memory.

Nevertheless, when the Carolina Panthers made Cam Newton available via trade, fans salivated at the prospect of Pace trading for the former No. 1 overall pick of the 2011 NFL Draft.  Yet once again, Pace elected to traverse the most inconvenient route to acquire what he deemed to be the safest option.

Perhaps even more disheartening is that the Panthers since released Newton, meaning the draft capital-starved Bears could have secured a franchise quarterback without forfeiting a valuable mid-round pick.

Newton is a former NFL MVP still in his prime years. Sure, a Lisfranc injury limited Newton to just two games in 2019 after a shoulder injury prematurely ended his 2018 campaign, but between 2011 and 2018, Newton only missed a total of five games.

Furthermore, Newton has a track record of success, leading Carolina to the playoffs four times including a Super Bowl run in 2015.

Meanwhile, at age 31, Foles still hasn’t proven that he’s a starting quarterback. Last season was supposed to represent Foles’ breakout performance as the Jaguars positioned Foles to shed the stigma of capable backup in favor of becoming the breakout starter so many believed he could become. Instead, Foles appeared in four games, throwing three touchdowns against two interceptions.

More likely than not, Pace hopes that Trubisky’s 2019 woes can be attributed to external factors.

In 2019, production from Bears’ tight ends was nonexistent, with J.P. Holtz pacing all Bears tight ends with 91 receiving yards.

The offensive line was banged up, with injuries to the since-retired Kyle Long and right tackle Bobby Massie coinciding with a position swap between Cody Whitehair and James Daniels.

Trubisky himself labored through injuries, enduring and subsequently playing through a slight labrum tear and a dislocated shoulder. Finally, Nagy all but abandoned the run game despite relying on a physically-compromised quarterback.

But while the reasons (perhaps, excuses) for the Bears’ embarrassing offensive display last season remain plentiful, the Bears still need to find a way to improve an offense that finished 29th in both scoring and total yards while failing to score a first-half touchdown in 11 of 16 games.

The Bears needed to make a splash to restore trust and remain competitive while their defense remains a jarring sight for opposing quarterbacks. Acquiring a career backup on the wrong side of 30 doesn’t inspire confidence in Pace’s ability to identify winning quarterback play, especially when quarterbacks like Newton, Teddy Bridgewater and Derek Carr were there for the taking.

Chicago Bears: Five biggest draft busts of the past decade