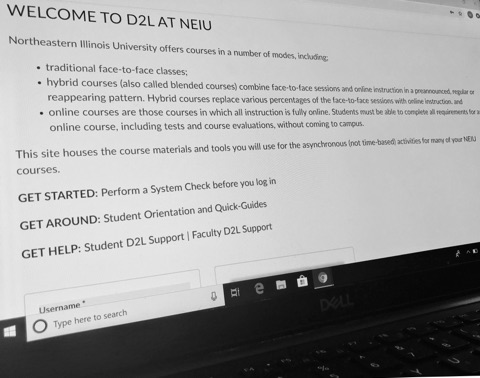 In response to the current coronavirus pandemic, 272 institutions of higher learning in the United States have either closed or gone online-only, according to Bryan Alexander of Georgetown University

The ad hoc effort put together by Alexander, a senior scholar at Georgetown University, shows how, in just weeks, American higher education embraced the digital realm amid concerns surrounding coronavirus COVID-19. As a result, many schools are declaring credit hours earned via the web equal to those earned the traditional way, thereby closing a controversy considered active as recently as last year.

A report titled “Does Online Education Live Up To Its Promise” announced that “faculty, academic leaders, the public and employers continue to perceive online degrees less favorably than traditional degrees.” But since that report was published, educators reacted by transferring more risk to American students while rewarding a largely untried and unexamined industry that was accused of shady practices by two U.S. Senators, including Elizabeth Warren, earlier this year.

Written by Spiros Protopsaltis, an associate professor and director of the Center for Education Policy and Evaluation at George Mason University, and Sandy Baum, a fellow at the Urban Institute and professor emerita of economics at Skidmore College, the report details how online classes have “failed to reduce costs and improve outcomes for students.”

The report also states that not only do students in online classes “underperform and on average experience poor outcomes,” but that those costs fall disproportionately on “underprepared and disadvantaged students,” a significant consideration for an institution like NEIU, regularly cited as one of the “most diverse” campuses in the nation.

Still, while the question might be particularly urgent at NEIU, hundreds of campuses across the nation are tasked with confronting a similar dilemma.

Before those questions are answered, however, online education must first face the daunting challenge of rapidly scaling up operations from the fringes of American education to its center. One of those cautioning prudence about the industry’s ability to do so in the short timeframe available is Trace Urdan, managing director at the consulting firm Tyton Partners. Speaking to Inside Higher Ed on March 16, Urdan framed the dilemma bluntly: “Is [the opportunity] going to build credibility for online? Or are you just going to stamp an entire generation of students with the idea that online classes are crap?”

Many companies have launched services intended to answer the first of Urdan’s questions. Blackboard Inc., for example, offers a way to reduce the time from purchase to delivery for its online services this month.

But even as questions continue to surround the industry’s ability to construct and offer an easier learning experience, others wonder whether it should.

Among the doubters is Senator Elizabeth Warren. According to a Feb. 5 Inside Higher Ed story, Warren–along with Senator Sherrod Brown–addressed a letter to CEOs of five online program management companies (OPMs) that “questioned the legality of the business practices” of the companies.

The senators asked CEOs to defend industry practices such as “tuition sharing.” In this model, the OPMs recruit students on behalf of their clients, who then return a share of the tuition received. Some providers of online classroom technology also offer these sorts of services to institutions, suggestive of an impermissible link between the ideals of education and the conditions of the market.

Scrutiny like that of the senators, combined with academic reports like Protopsaltis and Baum’s, normally indicates a lack of consensus. Yet one of the ironies of the current crisis is that even as educational institutions implement one of the largest-ever changes to the educational order in history, the disease prevents students from gathering to assert their political power.

Certainly, in no other circumstances could it be imagined that the American education industry could suddenly declare online education to be on par with the traditional model. In doing so, the industry is performing a maneuver made maddeningly familiar in recent decades: privatizing reward in the form of the large payoffs received by for-profit online education companies while distributing the risk to the public, in this case in the form of the American student.

The value of online education is still far from settled. And yet, whether attending Central Connecticut State, Northeastern Illinois University or Harvard University, students are paying the same rate this semester as last—which in Harvard’s case was nearly $50,000 for tuition expenses. Like their peers, students at Northeastern Illinois University must understand their options in order to avoid blind acceptance of what’s forced upon them.