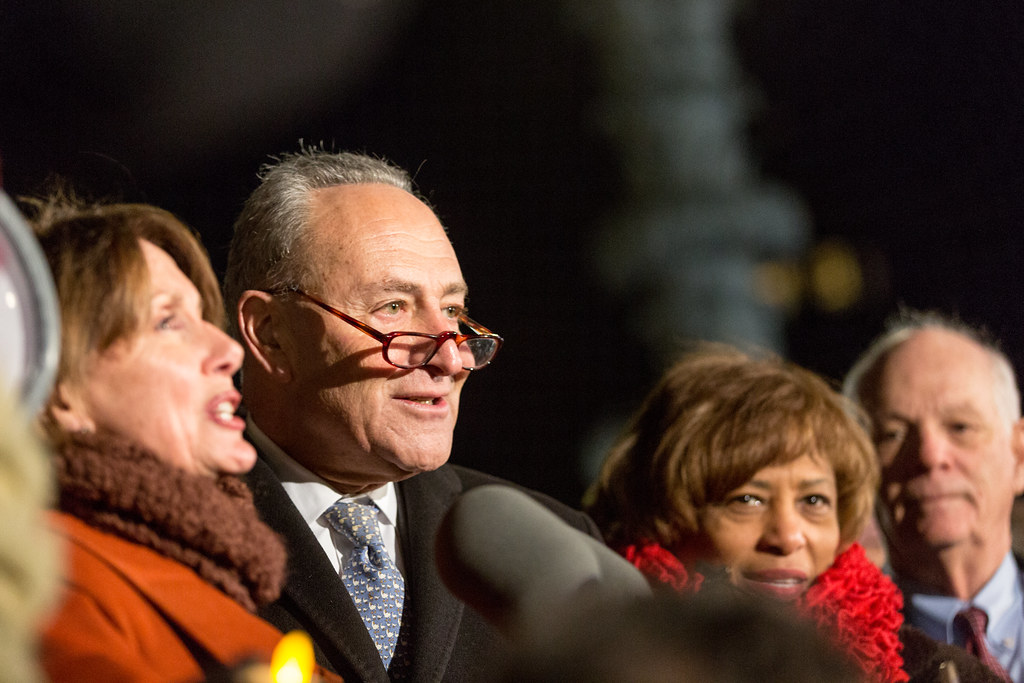 Americans in need of financial reprieve anxiously await an agreement as Congress finalizes the long-anticipated, multi-trillion dollar coronavirus stimulus package. Airlines impacted by travel restrictions and businesses on Main Street are also set to benefit from the $2 trillion package. The NEIU Independent breaks down the benefits and amenities of the historic stimulus package.

Under the negotiated plan, single Americans receive $1,200 while married couples get $2,400. Parents also receive $500 per child under the age of 17.

Congress also constructed an adjusted pay scale, limiting payments to individuals with an annual income above $75,000 and disqualifying anyone earning over $99,000 from collecting the personal stipends. For couples, that amount is doubled to $150,000 and $198,000, respectively.

Under the current package, unemployment benefits nearly double to $600 per week for up to four months on top of state benefits, which typically range from $250 to $500 per week.

Furthermore, lawmakers are ironing out a novel pandemic unemployment assistance program aimed toward aiding those who are unemployed, partially unemployed or unable to work because of the virus, including independent contractors and the self-employed.

The stimulus package would suspend student loans and protect homeowners with federally-backed mortgages for up to 180 days. The Department of Education will suspend student payment without penalty through Sept. 30.

Under the bill, The Treasury Department will oversee a $500 billion lending program that will provide loans, loan guarantees and investments.

A specific provision absolves mid-sized businesses employing between 500 and 10,000 employees from repaying loans for six months from the date the loan is issued.  A congressional oversight committee will oversee how and where the money is spent.

The provision was key contention on the Democratic side of the aisle, temporarily delaying progress of the stimulus package while creating a fissure between Senate Democrats and Republicans.

The bill provides eight weeks of assistance to small businesses retroactive to Feb. 15., aiming to provide small business owners the financial security to rehire employees who were laid off.

The package funnels billions of dollars to hospitals and medical centers overwhelmed by the influx of patients, with reimbursement via Medicare for those treating patients that contracted coronavirus COVID-19. Under the bill, hospitals are at liberty to request accelerated payments from Medicare as the Medicare cuts scheduled as part of a previous deficit reduction agreement are indefinitely suspended.

The bill also relaxes the parameters for using and paying for telehealth services.

Protections for homeowners and renters

The bill protects renters and homeowners from foreclosure or eviction.

Fees, penalties and interest cannot be tacked onto delayed payments. Renters with federally backed mortgages are also prohibited from evicting tenants due to nonpayment for up to 120 days.

The package reserves $324 million for the State Department, which is responsible for using the money to cover “evacuation expenses.” According to CNN, a senior State Department official reports that 9,300 Americans have already returned home while the government is monitoring an additional 13,500 Americans abroad. The bill does not state whether the funding is dedicated to U.S. diplomats, Americans traveling or living abroad or both.

Schools and colleges receive up to $31 billion in an effort to continue instruction amid school closures. Public transit agencies leveled by lost ridership would receive $25 billion, with airports and Amtrak receiving additional funding.