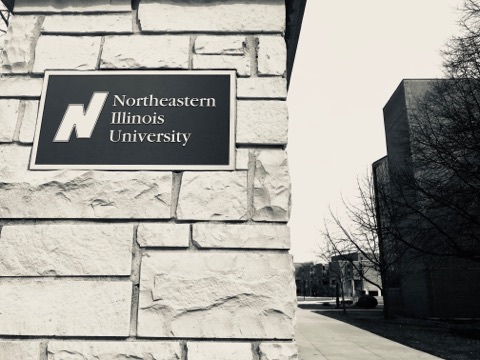 To grade or not to grade: how NEIU, others struggle over pass/fail grading

Citing such reasons as imminent job loss, the inability to access essential laboratory time and a generally high level of stress, students at Northeastern Illinois University this week joined a global student movement demanding that schools worldwide go to pass/fail grading for the rest of the academic year. As of publication, over 250 people have signed a petition — posted Monday, March 23, at Change.org — demanding that school administrators “make all class marks this semester either pass or fail.” The petition notes that higher education standouts like Cornell University, Massachusetts Institution of Technology, and Carnegie Mellon University have already implemented such policies. But while students responding to the Northeastern Illinois University petition expressed fears perhaps more acute than at other academies, students all over the planet appear to share many of the same deep worries, leaving some to wonder whether those concerns might metastasize exactly as the coronavirus has.

“My father is about to lose his job,” Mireya Almarez wrote on March 24, explaining why she wanted the change in grading policy; apparently, the economic uncertainty is placing a huge burden on her ability to do coursework. Another respondent to the petition, Javier Delgado, cited the fact that, due to a lack of campus access, many students were doing their work in “environments not conducive to our education.” Mike Arruela — perhaps speaking for NEIU students who, without the school’s programs for students with educational disabilities, might not be enrolled in college at all — wrote that his “professors need to explain the work in person to me or I won’t [be] able to pass.” Similar concerns have led students around the world to demand radical changes to standard grading policies, though as noted by the NEIU petition, some institutions have pre-empted such student activism by taking early action.

On March 15, Grinnell College in Iowa said it would permit students to take all spring semester courses pass/fail, according to Inside Higher Ed. The same day the provost of Northwestern University, Jonathan Holloway, proposed an even-more radical policy: under its terms, undergraduates can decide retroactively “to change their winter term grade from a quality assessment (a letter grade) to pass/fail.” Columbia University announced it would go pass/fail on March 20, while Georgetown University is permitting undergraduate students an option “to take their course pass/fail this semester.” Schools like these are acting unilaterally, absent of student pressure. But on other campuses, students have taken matters in their hands, demanding that administrators follow the path blazed by these pioneering institutions of higher learning.

At Isaac Newton’s alma mater, Cambridge University — closed in the autumn of 1665 due to the Great Plague, which led the mathematician to the twin discoveries of calculus and gravity — over 1,000 students petitioned the administration to permit them the option not only of re-taking the spring term, but of re-starting their final year entirely. Additionally, the Cambridge student body requests that some students be permitted to “receive a degree classification based on previous grades, dissertations and other coursework, or even be awarded an unclassified degree,” according to The Guardian.

Closer to NEIU, law students at the John Marshall School of Law, a school of the University of Illinois at Chicago, are distributing a petition at Change.org to “provide equitable relief to students impacted by the coronavirus pandemic through suspending customary grading policies and making all Spring 2020 courses pass/fail.” The petition also asks that university administrators withhold judgment regarding scholarships until next fall, citing the unequal distribution of internet services among other concerns.

Students at Yale proposed “No Fail Yale” for the end of this semester, according to the Yale Daily News. Already, the Yale College Dean’s Office extended the option of receiving “Credit/D/Fail” evaluations instead of traditional grades this semester. Furthermore, Yale’s administration is considering a proposal that would simply grant a universal “pass” grade to all students in all classes for the semester. The proposal will be discussed during a faculty meeting on April 2.

“Students, especially first-gen, low-income students, shouldn’t have to decide between their education and taking care of their family,” Abigail Lockhart-Calpito told Harvard’s Daily Crimson on March 19—echoing many of the issues raised by Northeastern petitioners. Another student, Benjamin I Sorkin, told the Crimson that the university should follow Yale’s lead and adopt a “‘universal pass’ system where all students would pass all their courses this semester.” Five hundred other students have signed a petition demanding that students be graded under a “A/A-” scheme, whereby students would either receive an “A” or an “A-.” Although the school has not agreed to such proposals as of publication, the Massachusetts institution has extended its deadline for students to elect a pass-fail grading model to April 13.

In Virginia the Daily Cavalier reports that over 4000 students have signed a petition demanding a pass/fail system, “arguing that the change puts students at an ‘educational disadvantage.’” Another student petition not only asks for more grading options, but also “paid sick leave for University employees and wages for student workers.” Sadly few, if any, other student petitions around the country have considered that angle regarding the impact of the pandemic — though one Northeastern petition does reflect the same sort of empathy.

A petition begun by Prof. Brett Stockdill of the sociology department on March 19 declares that the Ronald Williams LIbrary “is a grave health risk for our precious librarians and students.” The petition goes on to request that school president Gloria Gibson close the library effective immediately, not only due to the public health threat, but also the threat of “lawsuits against the University.” The petition collected over 200 signatures before its demands were met.

Nonetheless, some observers note that by connecting the interests of students to other university workers, grade activism contains the potential to turn into something more.

Historians may recall that the disturbances in France now collectively referred to as ”May ’68” began in the autumn of 1967, when students at the University of Nanterre demanded free access to women’s dormitories. The seemingly-trivial request escalated until, by the middle of May 1968, nearly a quarter-million union factory workers marched through the center of Paris in the midst of a general strike that virtually shut the entire nation down. The movement eventually brought about the fall of the government headed by French president General Charles De Gaulle. Although few at the moment would predict that the current student movement aimed at suspending the grade system could have such a result, others caution that few in the winter of 1967 thought that a dispute over dating could halt the Gallic nation nearly as effectively as the Wehrmacht’s Panzers had a generation previously.

Still, as noted earlier, with most schools still on spring break, few expect real decisions from school administrators until at least the first week of April. At the same time, however, as the weather warms throughout the Northern American states — perhaps provoking a rise in the number of coronavirus cases and perhaps economic and social distress — many expect that the question will only become more, rather than less, acute. Near press time, one person associated with Northeastern Illinois University recalled a later moment from 1968: on Boxing Day of that year, a young child of one of the mission controllers in Houston asked astronaut William Anders who was in command of his spacecraft as Apollo 8 slingshotted around the Moon on its return voyage to Earth. “I believe,” Anders said, “Mr. Isaac Newton is doing most of the driving right now.” Three centuries later, as students and administrators negotiate how to re-enter an atmosphere of normality in the wake of a virus far vaster than that faced by Newton’s generation, few possess Anders’ level of certainty.