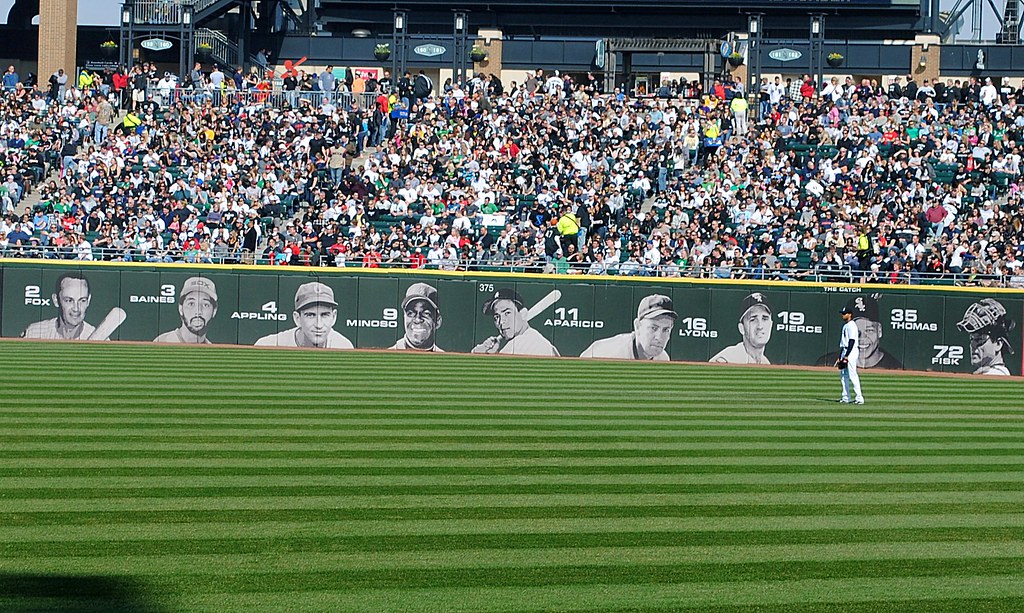 With Spring Training on hiatus amid growing concern surrounding coronavirus COVID-19, the White Sox’ return to relevance has been temporarily postponed.

However, with an abundance of tantalizing pieces jockeying for position in the newly-renovating White Sox lineup, it will be interesting to see who emerges as the Sox’ everyday leadoff hitter. The NEIU Independent lists the four best options to assume leadoff duties on Chicago’s South Side in 2020:

The former No. 4 overall pick in 2018 was widely considered the best hitter in his draft class despite his diminutive stature. Like the soon-to-be-displaced Leury Garcia, Madrigal doesn’t offer much from a power perspective–Madrigal hit a total of 12 home runs over 1,412 at-bats between college and the minor leagues–but unlike his predecessor, what he lacks in power, he makes up for in fundamental hitting.

Madrigal simply doesn’t strikeout. Throughout his two-year professional career, Madrigal only struck out 21 times over 705 at-bats, translating to an extraordinary 2.97% strikeout rate.  To put that in perspective, Yoan Moncada, who ranked third in the American League in batting average last season, struck out in 25.2% of his minor league at-bats.

Madrigal’s propensity for contact hitting also leads to elevated batting (BA) averages.  At Double-A Birmingham, Madrigal sported an impressive .341 batting average (BA).  Upon his promotion to Triple-A Charlotte, he continued his torrid pace to the tune of .331.

Finally, Madrigal is sound defensively, having committed only five errors in his professional career. Right now, barring an unforeseen development, Madrigal will anchor the top of the White Sox’ lineup for years to come.

If anyone other than 22-year-old Luis Robert–USA Today’s 2019 Minor League Player of the Year and MLB Pipeline’s Minor League Hitter of the Year–is manning center field for the White Sox in the immediate future, something went terribly wrong. The Chicago White Sox essentially mortgaged their international free-agent future to sign Robert, offering him a $26 million signing bonus on top of a mirroring penalty tax.

The only question remaining is whether Robert occupies the top of the White Sox’ order or if he settles into a run-producing role.

After injuries stunted his early development, Robert exploded onto MLB scouts’ radars in 2019. After hitting for a blistering .453 batting average at High-A Winston-Salem, Robert skyrocketed through Double-A Birmingham before bludgeoning opposing hitters at Triple-A Charlotte, where he finished his breakout campaign hitting a combined .328 BA, .624 slugging (SLG) and 1.001 (on-base plus slugging).

Robert also dominated the minor leagues with his speed, joining the exclusive 30-30 club, aptly named for those who steal 30 bases and hit 30 home runs in the same season. Though his defensive reads and jumps may require slight fine-tuning, Robert’s sub-6.3 60-yard dash speed profiles excellently in both center field and the top of a major league lineup. Robert possesses the tools and potential to not only be a perennial all-star at the Major League level, but also see his name enshrined in the Hall of Fame one day.

As the new super utility piece for the rebuilt Chicago White Sox, Leury Garcia will most likely find himself leading off on some nights.

Garcia served as a consistent bat atop the White Sox’ lineup in 2019. A late bloomer, Garcia embraced the opportunity to evolve into an everyday player, hovering around .300 for the majority of the season before a late-season slump dropped his average to .279.

Garcia gets penalized for lacking an exceptional trait. He can hit for average, but not a high enough average to offset his complete lack of power. He’s quick, but not a consistent base-stealing threat. His on-base percentage isn’t offensive, but it has never been great either. Garcia is your typical placeholding center fielder, the kind of guy who does a serviceable job before a better option manifests itself.

Unfortunately for Garcia, those options just so happen to be ready in the form of Robert and Madrigal. Look for Garcia to transition back to a more familiar utility role–he also has experience playing the middle infield–for the 2020 season.

Despite hitting for a pedestrian .246 batting average, Yasmani Grandal finished 2019 18th in the MLB in on-base percentage with a .380 OBP.

While it’s uncommon for a catcher to assume leadoff duties, Grandal’s unique ability to lay off deceptive pitches sets the table for ensuing hitters to drive in runs, a characteristic held by history’s greatest leadoff men.  While the 31-year-old Grandal won’t emerge as a base-stealing threat–the 2019 All-Star only stole seven bases over the past two seasons–he understands his role and executes it exceptionally.

More likely than not, manager Rick Renteria will pencil Grandal into the six or seven-hole, but if THE Sox manipulate Madrigal’s service time and Robert appears overwhelmed by leadoff duties, Renteria may elect to give Grandal a few leadoff at-bats.