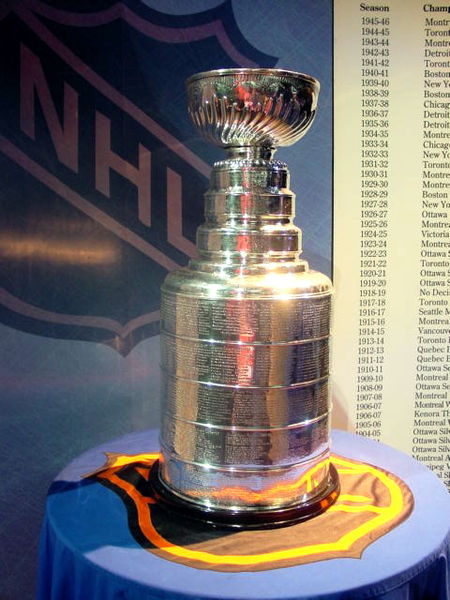 The decision to postpone the NHL season followed a positive coronavirus diagnosis for Rudy Gobert of the NBA’s Utah Jazz, the first high-profile athlete to contract the virus. Since Gobert’s diagnosis, athletes across all sports have tested positive for COVID-19, with an undisclosed player from the Ottawa Senators becoming the first NHL player to test positive, according to team representatives. Nevertheless, Bettman says the NHL continues to monitor new developments surrounding what the World Health Organization (WHO) defines as a pandemic.

“The last couple of weeks, we, like everybody else, have been monitoring what’s been going on, and we went from dealing with things on a day-to-day basis to an hour-by-hour basis, and then it was in minutes,” said Commissioner Bettman. “And we were constantly evolving our strategy as to how we were going to have our teams playing or not playing, or under what circumstances.”

According to Bettman, once the NBA canceled its season, the NHL adopted a preemptive stance to derail the progression of the virus.

“I decided it was time to get ahead of it and not wait for one of our players to get tested, because in all likelihood, at some point in time, we weren’t going to get through the rest of the season without a player testing positive,” continued Bettman.

The NHL sent players and staff home, asking players to voluntarily self-quarantine. However, though the NHL season is on indefinite hiatus, Bettman stressed that the season was on pause rather than suspended.

“I’m a little hesitant to use the word suspension because our hope and our expectation is, when things get back to normal and it’s safe and it’s prudent, that we can go back and resume the season and ultimately have the Stanley Cup awarded,” explained Bettman. Bettman didn’t explain how late into the year the NHL would be willing to extend the season, stating that his staff is developing contingency plans on a day-to-day basis.

Amid the uncertainty of a delayed NHL season, players and organizations banded together in an effort to assist arena employees affected by lost wages.

Various other organizations pledged assistance to those impacted by the employment forfeitures caused by coronavirus COVID-19, with every organization outside of the Boston Bruins communicating their intention to help.

The Penguins have announced a plan to pay full and part-time arena/service employees who would otherwise lose income on regular season games due to the pause in the NHL season.

In the interim, some players are attempting to make the most of their time off. Colorado Avalanche captain Gabriel Landeskog acknowledged that losing the NHL season “sucks,” but that he is using the time off to invest in family time and leisure.