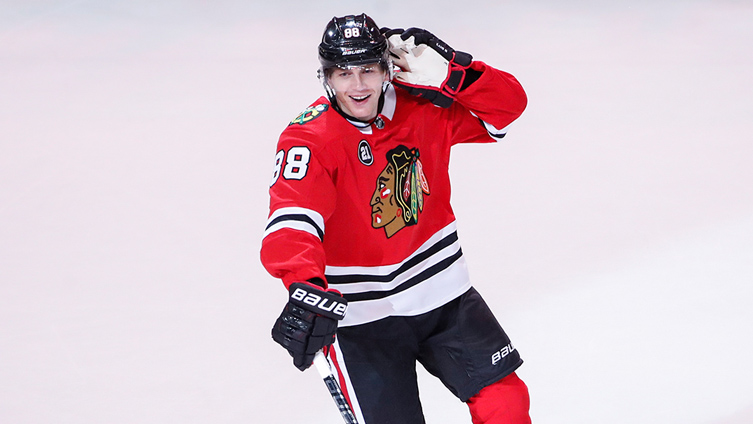 Chicago Blackhawks’ right winger reached the 30-goal threshold for the fourth time in the past five seasons with his first period goal against the Edmonton Oilers.

With 5:26 remaining in the first period, a scrum ensued behind the net before Blackhawks’ center Dylan Strome emerged with the puck. Strome then threaded the needle with an educated hand, feeding a wide-open Kane in the slot.

With Oilers’ netminder Mike Smith committing too early, Kane opted to hold onto the puck, slowly drifting left as Smith flailed to regain position. Nevertheless, Kane managed to elevate the puck over Smith’s blocker hand, scoring his 30th goal of the season and giving the Hawks an early 1-0 lead.

With his 30th goal and 81st point of the season, Kane padded his team-leading mark in both categories. With the Blackhawks currently six points back of the eighth-seeded Winnipeg Jets with two games in hand, a late-season playoff bid is contingent on Kane producing at his current pace.

The 2015-16 Hart Trophy winner ranks seventh in the NHL in points and 13th in goals, one goal ahead of teammates Dominik Kubalik.