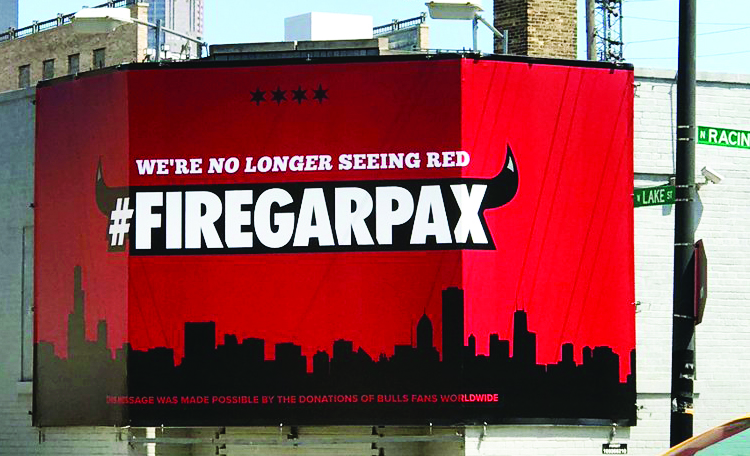 With 5:20 left in the second quarter, Bulls’ point guard Tomas Satoransky drove left. With Luka Doncic trailing at his hip, Satoransky placed a nice bounce pass to a cutting Ryan Arcidiacano for an easy layup.

Only the basket didn’t count.

As the play was unfolding, Boylen asked for a timeout, subsequently ending the play. Satoransky appeared to retreat to the bench in passive protest, with Bulls play-by-play announcer Neil Funk saying, “The Bulls would have scored and Sato is not happy about that timeout.”

To make matters worse, Doncic walked off the court chuckling and color commentator Stacey King repeated expressions of incredulity for approximately a minute after the whistle.

This might be the most Jim Boylen moment of all time. Calls a time out with Arcidiacono streaking wide open to the basket. Negates a layup. Ffs man pic.twitter.com/ZDaqcb6IqA

Boylen’s struggles with timely timeouts has been well-documented.  During a Feb. 23 tilt against the Phoenix Suns, Boylen came under criticism for calling a timeout with the Bulls down 10 with only 30 seconds remaining.

Bulls shooting guard Zach LaVine was captured on camera mouthing what appeared to me, “Why call a timeout down by f*cking 10” before adding post-game that “that’s what [Boylen] do.”

Down 10 with .30 sec left in the game and you call a time out ?! @chicagobulls what happening over there. Fire Jim Boylen already! pic.twitter.com/4ejlV1p7xC

Just the latest saga to the embarrassing Boylen Era.