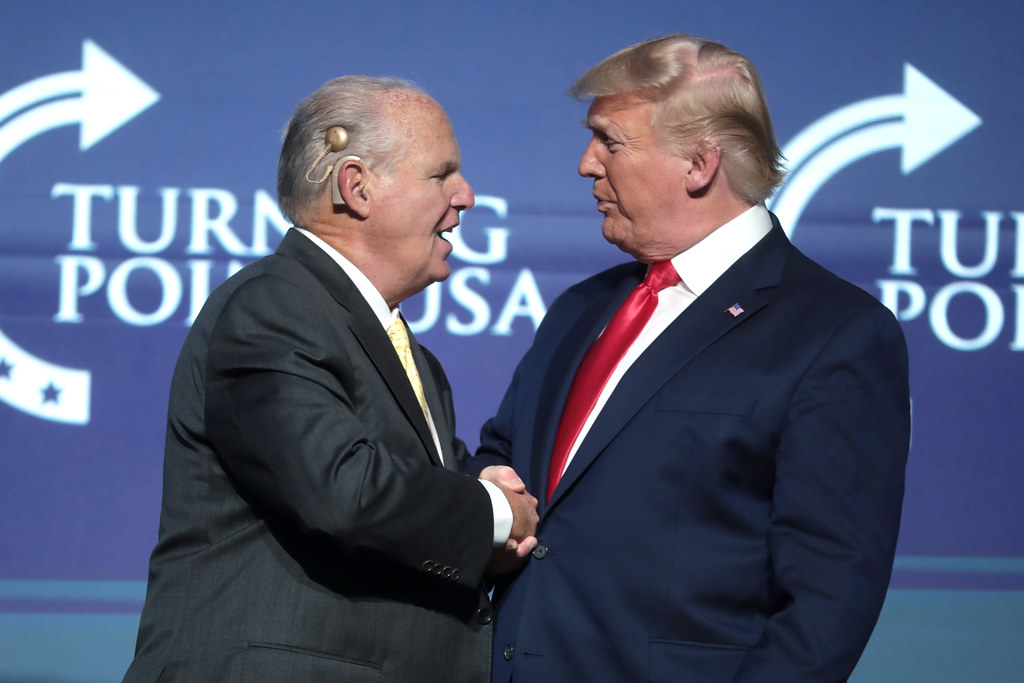 OPINION | As a minority voter, I can’t vote Republican. Here’s why.

As a biracial man, I cannot bring myself to vote Republican in the 2020 election. Perhaps I turned my back on the Republican Party when the leader of modern conservatism pardoned and endorsed Sheriff Joe Arpaio, who referred to his tent cities as “Mexican concentration camps.”

Perhaps it was when I learned white supremacists serve in senior advising capacities despite disseminating white supremacist literature. Or maybe it was when President Donald Trump inconceivably awarded a documented racist the Medal of Freedom the very same week he fired Purple Heart recipient Alexander Vindman and his twin brother because the former testified under oath.

For the sake of transparency, I don’t find the leftist agenda to be persuasive. I always viewed Hillary Clinton as a morally bankrupt presidential candidate. I personally think Joe Biden is a creepy old man whose ideology is outdated and inconsistent with modern trajectories while Bernie Sanders, for all the good he hopes to accomplish, embodies far left radicalism.

Yet for all the issues infecting the Democratic Party, I still can’t vote right.

An interesting ideology surfaced within minority political factions. Prominent figures such as Kanye West and Candace Owens, the latter who denies sociopolitical developments that are enshrined in the Smithsonian Museum in Washington D.C., are promoting the conservative platform under the contention that Democrats abandoned minority Americans. This is what we call “false consciousness,” a phenomenon that sees a partially educated person obtain a superficial understanding of a topic and latch onto it. It’s an artificial way to embolden and empower oneself without actually having to dive into the facts.

But let’s examine why black voters should not vote for the current rendition of the Republican Party.

Earlier this month, President Trump awarded the Medal of Freedom to conservative pundit Rush Limbaugh. A documented racist, Limbaugh, who was recently diagnosed with advanced lung cancer, has offered opinions ranging from the NFL–a league where 70% of players are black–being a competition between “the Bloods and the Crips without any weapons” to claiming all composite pictures of black criminals “resemble Jesse Jackson.”

A little over two years ago, white supremacists and neo-Nazis organized the Unite the Right rally in Charlottesville, Va., marching through the streets while wearing “Make America Great Again” hats. The marchers, who self-identified as alt-right, white nationalists, neo-Nazis and neo-Confederates–including former KKK grand wizard David Duke–chanted racist, anti-Semitic and anti-Muslim rhetoric as they championed flags donning the swastika and Confederate Flag. A counterprotester named Heather Heyer died after James Alex Fields Jr. deliberately accelerated and rammed his car into a resistance group. Heyer died from blunt force trauma to the chest.

As a half-black voter, it is my responsibility to consider why hate groups feel so emboldened under the leadership of Donald Trump. What about his message allows veiled hate to evolve into organized marches? Furthermore, why did former Ku Klux Klan Grand Wizard David Duke appear on camera promising to “fulfill the promises of Trump?” Why does white supremacist and neo-Nazi activist Richard Spencer, who calls for the subjugation of other races, stand behind a podium and chant “heil Trump?”

Ignoring the explicit hatred, let’s examine congressional representation. Currently, there is only one black Republican in Congress. One. His name is Will Hurd and in August of 2019, he announced his upcoming retirement.

Now a quick scan of conservative Facebook groups will uncover the idea that lack of black representation in the Republican party is a byproduct of the black American demographic willfully allowing ourselves to be misled by the Democratic Party. You’ll read long-winded rants about how it is the Democrats who are racist. According to right-leaning Facebook groups, minority voters are simply wrong in their belief about which side promotes and spreads hate.

There is nothing more insulting than a high school dropout asserting that the most intelligent black men and women in the United States of America are not intellectually capable enough to identify where hate stems from.

But such beliefs stem from blanket defensiveness or rigid coping mechanisms that deflect any information that challenges an already embedded bias.

Try telling a far-right conservative that the parties changed ideological platforms during the 20th century, a sociopolitical development enshrined by the Smithsonian Institute. Let’s ignore the idea that the KKK currently supports the Republican Party despite originating as a Democratic organization. Let’s ignore members of the Nixon administration appearing on camera claiming the War on Drugs was meant to harm the black and leftist communities.

According to Nixon’s former domestic policy chief John Ehrlichman, “The Nixon campaign in 1968, and the Nixon White House after that, had two enemies: the antiwar left and black people.”

“You understand what I’m saying?” continued Ehrlichman. “We knew we couldn’t make it illegal to be either against the war or black, but by getting the public to associate the hippies with marijuana and blacks with heroin and then criminalizing both heavily, we could disrupt those communities. We could arrest their leaders. raid their homes, break up their meetings and vilify them night after night on the evening news. Did we know we were lying about the drugs? Of course we did.”

Sound familiar? It’s the very same strategy recycled by the Trump administration, only this time, it’s redirected at immigrants. The concept of intersectionality explains that oppression and hate, even when it’s not directed at an individual’s own demographic, is a shared struggle. So even when racism isn’t directed at us, such rhetoric will return once it offers a conservative candidate a political advantage.

Telling black voters that we should vote Republican while the Republican Party routinely embraces explicit racism is an ambitious request that requires willful ignorance. Yes, uneducated factions will fall for mindless finger-pointing, but for those who have studied history and how it relates to the current political climate, we are voting for the imperfect blue over the malicious red.

We are witnessing the open promotion and tolerance of racism, corruption and bigotry. Level-minded people are left with a feeling of near-helplessness as the unqualified assume positions of the utmost importance while documented racists such as Jeff Sessions are being nominated and confirmed to the highest positions, freeing the way for them to use their authority to demonize entire demographics.

So when it comes time for minority voters flood the ballots, remember that there’s no gray area between rejecting racism and entertaining it. It’s not feasible for America’s leadership to remain on the fence about intolerance. When the current administration adopts implicit and explicit racial rhetoric and policy at their convenience, please pay attention. It’s time to make a change.