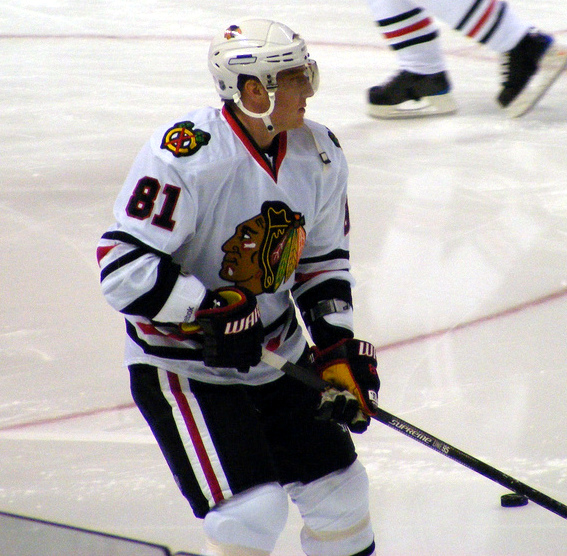 Former Blackhawks’ winger Marian Hossa will be eligible for the Hall of Fame consideration beginning in 2020, according to Pierre LeBrun of The Sports Network.

Hossa, a three-time Stanley Cup Champion with the Chicago Blackhawks, unofficially retired from the NHL after missing the entire 2017-18 due to a degenerative skin disorder exacerbated by his hockey equipment. However, despite an unceremonious conclusion to a storied career, Hossa is still celebrated as a premier two-way talent.

When healthy, Hossa was a transcendent player. In his prime, he was an annual threat to score 40 goals and push the 90-point plateau. Hossa, who also spent time with Ottawa Senators, Atlanta Thrashers, Pittsburgh Penguins and Detroit Red Wings, is remembered for his incessant backchecking and ferocious snapshot.

Hossa’s eligibility remains consistent with the guidelines put in place by the NHL to honor former St. Louis Blues and Philadelphia Flyers’ defenseman Chris Pronger. Like Pronger at the time of his 2015 induction, Hossa is still technically under contract with the Arizona Coyotes. However, because Pronger was unable to compete for three years at the time of his induction, the NHL overlooked his active status in favor of enshrining his contributions in Toronto.

Following two consecutive Stanley Cup losses, Hossa signed with Chicago as a free agent in 2009. Hossa would go on to play a crucial role during the Hawks’ run of three Stanley Cups in six seasons, scoring 186 goals and 415 points over 534 games in Chicago. Over the course of 19 seasons, the right winger tallied 525 goals and 1,134 points. He added another 149 points (52 goals, 97 assists) over 205 postseason contests.

Hossa is also celebrated for helping elevate Slovakia’s Men’s National Hockey Team to international relevance following the dissolution of Czechoslovakia. Over 81 contests with the senior circuit, Hossa contributed 32 goals and 71 points. He played an instrumental role in Slovakia’s fourth place finishes in the 2004 Hockey World Cup and the 2010 Olympic Games in Vancouver. He did not participate in Slovakia’s gold medal effort in the International Ice Hockey Federation World Championships.

Should Hossa both earn induction to the Hockey Hall of Fame and opt to represent the Blackhawks, he will be the first Blackhawk to be inducted since Phil Housley in 2015.