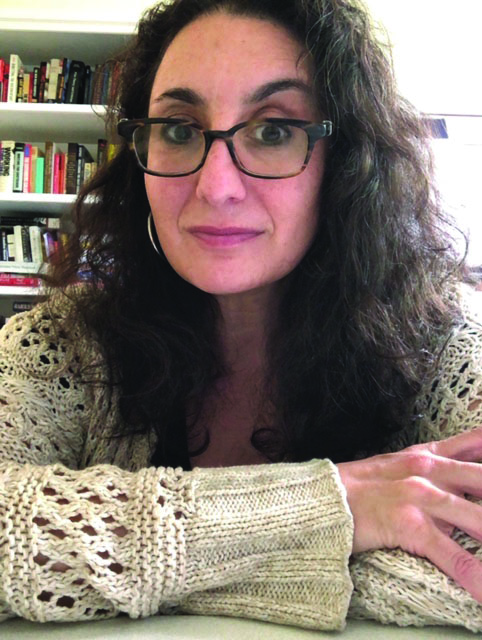 “To see my students tackling these issues from a variety of perspectives and build something up that seems to have legs and is getting recognition… the students themselves are going to go on different shows and be able to address mental health issues, LGBTQA, so seeing them be empowered to tell their own stories is really wonderful,” said Rubinowitz.

“I always have felt ambivalent about a lot of my beats where immigration, poverty, gentrification and housing and it was usually covering communities of color and I am not a person of color. I am Jewish but that doesn’t count, right? There is always a little bit of uneasiness in the fact that I am telling other people’s story. I think journalism has evolved and journalism has diversified that people are able to tell their own stories more as the newsrooms have become more diverse…that’s why I like this particular project.”

Rubinowitz began her career in journalism as a high school student during the Central American political crisis. She did her first story on a man who was seeking sanctuary at a church and hearing his story got her hooked. “You can ask all sorts of questions, you can go anywhere you want. If you’re curious about something, you have the license to go seek it out and the more I learned about it, I thought that was just amazing.”

Rubinowitz’s education took her to University of Southern California in Berkeley for anthropology, but she soon found her way back home to Evanston, IL where she enrolled in Northwestern University’s journalism program. She also studied at the Kennedy School of Government at Harvard University.

She worked with Chicago Public Radio as a producer and occasional host on “Worldview” which led to some of her most memorable journalism experiences such as meeting Nobel Peace Prize winner and Prime Minister Jorge Ramos Horta of East Timor.

Being a woman in journalism was never impossible for Rubinowitz despite the negative attitude from some men in the field.

She currently works at NEIU, juggling a lot of hats including serving as the Acting Chair of the CMT department. Aside from working at NEIU and hitting the ground running on “DACAmentation,” Rubinowitz enjoys spending time with her nine-year-old son as they watch series of movies, read plenty of books and are both currently really into dinosaurs.

There is pressure in being a working mom, but Rubinowitz says, “You can do it. You can have it all. I would say you probably can’t have it all at the same time in the way that you want…I just think it’s a real struggle to do everything at once and do it really well. I think we can just not expect that of ourselves.” Her advice is to learn to forgive yourself for not doing everything totally perfect and to “use our women friends as support to get through that because it’s tough.”