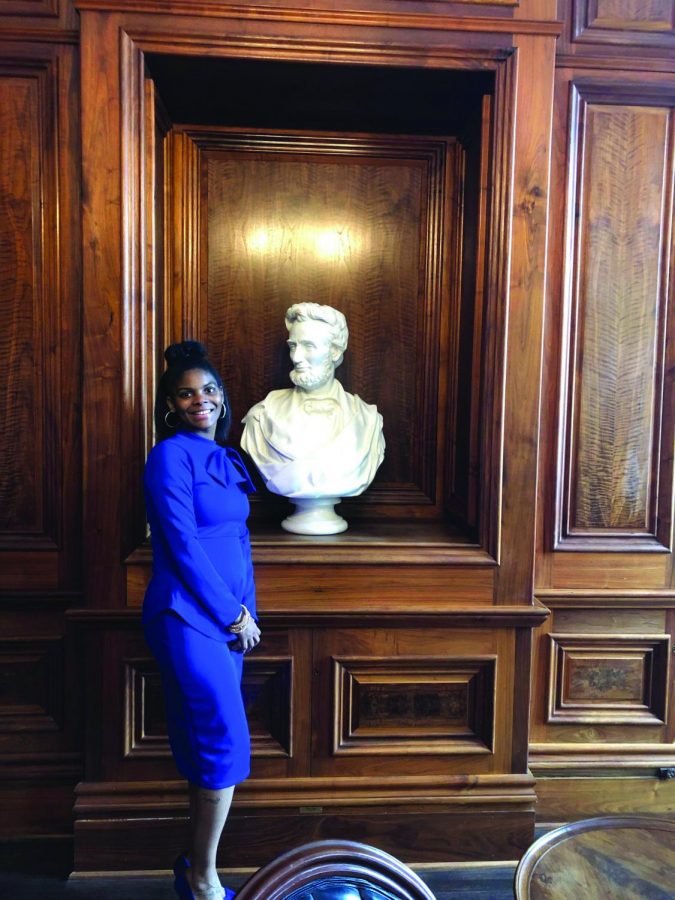 Ashlei N. Ross is a senior at NEIU and an inner city studies and social work double major with a minor in child advocacy studies. She is also known as the president of the Student Government Association (SGA), president of the Black Student Union, president of the Justice Studies club, vice-president of the United Greek Council, and the basileus (president) of the Sigma Eta chapter of the Sigma Gamma Rho Sorority, Inc. A true lynch-pin of the NEIU community, she was also chosen as the 2018 Lincoln Academy Student Laureate. This award goes to one outstanding senior per university that demonstrates leadership and service contributions on campus and beyond, academic success and extracurricular achievements. Not only is she a dedicated student, but also a mother of six and a Direct Support Professional (DSP).

Traveling on the rocky road of life, Ross stuck to it and created her own path where none existed before. Coming from a family of educators in Bolingbrook, IL, she originally went to Florida Agricultural Mechanical University, transferred to Kansas State University and finally moved back to Illinois to be closer to family. Sleepless nights from going to school and working at the same time were obstacles met with the support of family. Throughout all the years, one thing never changed, her love for her family.

In her rare free time, she enjoys doing activities with others in the sorority and bonding with her family and boyfriend. She especially enjoys spending time with her family, as they are what has shaped her into the person she is today. Watching her mom go through her own struggles helped teach Ross to be an independent woman and raising kids helped her want to be better for them. “Without them,” she said, “I wouldn’t be able to do all that I do.”

A message that she wants to give NEIU women is “don’t ever feel that you have to shelter your thoughts or not speak up against something. You can speak out, especially in this male dominated world. You do have a place in leadership just like any male does.”

When asked about what she would like to be remembered by when she graduates, she said that she wouldn’t want to be remembered as “the best person ever,” but as a fellow student who served for and with other students because she cares. A humble visionary, she does all this to help others and inspire people to follow in her tracks.