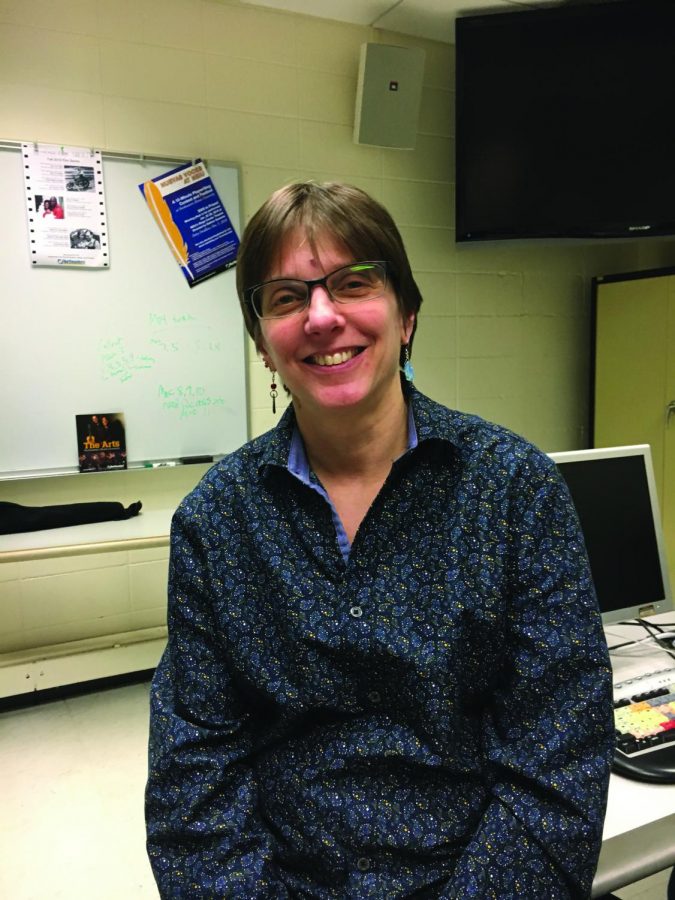 Approximately 25 years ago, Cyndi Moran was assigned to edit a commercial for a Chicago hockey team in what was at that time considered the male dominated field of video production and editing. She faced adversity in that situation because “women couldn’t possibly know about sports.”

Now Moran is the associate chair and full-time professor for the NEIU communications, media and theatre (CMT) department. She has worked on documentaries shown on the PBS series “P.O.V.” as well as several national and international festivals over the course of her career.

A part of her successful career is rooted in her family and childhood. She grew up with brothers and learned early on to be communicative and competitive. While some women face difficulty being forthright and honest in the professional world, “it never occurred to [her] to not negotiate salary.”

With that tenacity, Moran says that she had great leaders and good experiences with both male and female leaders and role models in her workplaces. At one of her video houses, she was one of four female employees, so she did not feel alone in her endeavors and growth.

According to the U.S. Department of Labor (USDoL) there were 74.6 million women working in the civilian labor force, making up 47 percent of the nation’s workers in 2017. Moran has been teaching at NEIU for 16 years. She believes that the CMT department “has a good balance of sexes and genders.”

Through this balance, she found a sense of comfort. “There are places where people have to be cautious and careful about their needs…[at NEIU] I felt like I could really be honest about my needs as a human, as a woman and as a mother,” Moran said.

That being said, there is still room for growth and improvement. At her previous places of employment, Moran noticed that while she “generated the second highest revenue of the editors,” her salary was lower than all of her male counterparts. Though this situation might be dismissed as being indicative of older times, it was mentioned that even at NEIU, Moran and her immediate colleagues, as an institution, are being paid less than their counterparts at other institutions.

“We often feel a need to work harder and longer hours than our male counterparts, especially if we have kids; almost to overcompensate for our gender.””

According to the USDoL, in 2018, 70 percent of women with children under the age of 18-years-old actively worked in the labor force and numbers are predicted to continue to rise.

In this Women’s History Month, consider the steps that women have taken as a success, but remember how far we still have yet to go.