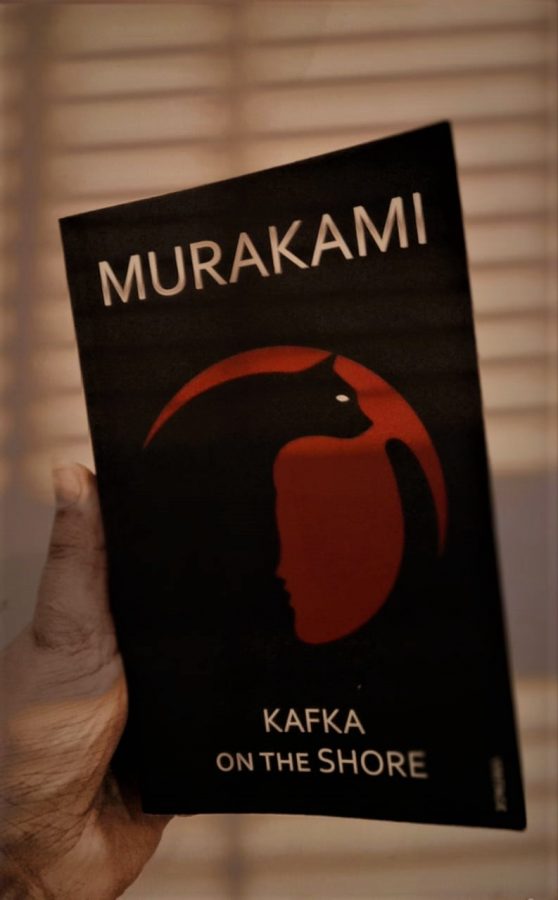 Cats and Crows: Kafka on the Shore, Book Review

“When I open them, most of the books have the smell of an earlier time leaking out between the pages – a special odor of the knowledge and emotions that for ages have been calmly resting between the covers. Breathing it in, I glance through a few pages before returning each book to its shelf.”

– From “Kafka on the Shore,” Haruki Murakami

Haruki Murakami, a jazz club owner turned writer, weaves stories in a fantastically realistic way. “Kafka on the Shore” is the epitome of Murakami’s mind-bending style of transforming mundane everyday things and instances into surreal instances. The book was published in Japan in 2003, and in 2005, Philip Gabriel translated it to English and made it available to a wider audience.

The book takes the reader into the mind of a troubled 15-year-old boy and his alter ego, the Crow. The boy is getting ready to run away from home while in every even-numbered chapter, he is taking on the quest of Nakata, an aging old man who can apparently talk to cats. Simultaneously, the reader is thrown into a completely different realm with classified case files and interviews about a unique incident.

Murakami grew up in the post-World War II era, which is clearly reflected in his setting of the book and the characters. The boy, who now goes by the name Kafka Temura, leaves behind a life of luxury and his father to follow a dark prophecy that keeps him on edge. Every other chapter focuses on the story of Nakata, who had his memory wiped after a peculiar incident and is now living a simple life conversing with cats. His story is brought to light through military files and accounts explaining that mysterious incident. Murakami takes these parallel storylines and unravels themes of loneliness, longing and melancholy in a beautiful blend of Japanese history, reality and dream-like fantasy. As the story progresses, fish fall from the sky, cats talk, ghosts appear and a murder is committed.

The book is an easy read. For the first hundred or so pages, the reader is made to feel confused with all the clues and puzzle pieces, but it is not until the storylines of Kafka and Nakata converge that the reader starts to put the puzzle pieces together. The story is completely unpredictable and unconventional yet completely relatable. Murakami’s style gives the story a sense of verisimilitude that keeps the reader connected but makes it feel like the reader is dreaming themselves. The book also contains themes of Shintoism (Japanese nature religion), Greek philosophy and surrealism which makes it an interestingly weird read exactly for which Murakami is known.

When I started reading the book, it seemed like a simple journey of a boy trying to find his inner self. Oh boy was I wrong, as it quickly turned into a seemingly disjointed story of two completely unique characters that came together by the end to make the book a sensuous spectacle. The elusive nature of the book and the paradoxical coming together of the characters make it a read not to miss out on.

Content Warning: There are some grotesque scenes and hints of incestual relations in the book that may be uncomfortable for some.