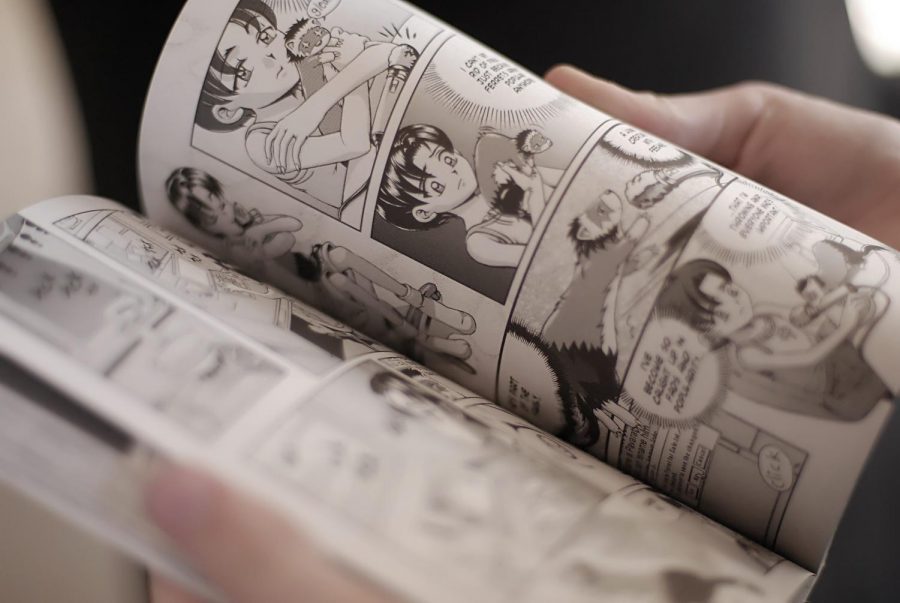 “Manga” by Jon Delorey is licensed under CC BY-NC-SA 2.0

In the world of Japanese comic books, also known as manga, it’s become evident that, because of its followers and their everlasting support, the artform continues to gain popularity. While most mangas may not meet the average word count of the typical piece of literature that those from other parts of the world may be accustomed to, the relatable characters, breathtaking narratives and stunning artwork found in manga have contributed heavily to the medium’s success.

Specifically within the shonen genre, which is marketed toward teens between the ages of 12-17, some of the most beloved names in the manga world, such as “One Piece,” “Naruto” and “Dragon Ball” have essentially become household names among teenagers and young adults alike around the world. As a result, manga continues to make a lasting impact on Western culture.

However, while these big shot mangas were receiving the respect they rightfully deserved, in 2007, up-and-coming manga author Inio Asano revolutionized the art form with his fourth published work “Goodnight Punpun” (“Oyasumi Punpun” in Japanese).

While Asano’s contemporaries targeted a younger audience with elements of adventure and action, in only 147 chapters, Asano takes the reader on a terrifyingly realistic and emotional rollercoaster that emphasizes the life-altering effects that accompany depression, loneliness and even love, making it abundantly clear that this piece is far too tonally overwhelming for younger audiences. With that being said, let it be known that this piece of work contains lots of graphic scenes, such as nudity, gore, sex, etc.

The story of “Goodnight Punpun” follows the life of an 11-year-old boy named Punpun Onodera, who, along with his family, is depicted as a bird. Punpun is an average child whose head is constantly filled with whimsical aspirations and dreams of a bright future until the new girl in his class, Aiko Tanaka, peaks his interest. As the two grow closer and their relationship begins to blossom, Punpun slowly realizes how mentally draining it is to maintain a relationship and cuts ties with his new friend. Coming to terms with this harsh reality, Punpun begins to question the many intricacies of life, such as how much meaning there really is to it. Following a falling out between his parents, among many other misfortunes, Punpun finds himself in a rut, resulting in a feeling of an inescapable, indescribable reclusiveness.

As Punpun experiences the hardships that any other child would endure from the ages of preadolescence through young adulthood, Punpun repeatedly fails to find his purpose in life. Punpun continues to age and mature, and he manages to make new friends here and there after losing touch with his friend group from high school; however, Punpun’s mind is once again plagued with dreadful and negative thoughts, making it hard for him to find the motivation to keep living. And as Punpun grows older, his appearance drastically changes based on how he views himself.

This coming-of-age story brilliantly depicts how incredibly detrimental some of life’s most common and simple concepts, such as overthinking and paranoia, can be on one’s psyche. Punpun tirelessly makes an effort to live a fulfilling life with those who aren’t driven away by his overwhelming aura. His hardships are all too real, which makes the reader feel like they’ve slipped into Punpun’s shoes from the very first chapter.

Nearly a decade since the piece’s final chapter was published and more than half a decade since the work was translated into English, “Goodnight Punpun” continues to receive a massive ovation from fans of all genres of literature, essentially cultivating an entire generation in the meantime. In addition to having one of the most unique art styles the medium has ever seen, “Goodnight Punpun” continues to stand the test of time, serving as a model for how even the simplest of narratives can deliver a life-changing experience.

Perhaps the most breathtaking, jaw-dropping and thought-provoking depiction of human nihilism the world has seen this century, Inio Asano has brought even the most stubborn reader to tears in this 13-volume masterpiece. If one were searching for a change-of-pace read that falls under the category of something they’ve never read and/or experienced before, the “must read before you die” qualities of “Goodnight Punpun” blow anything you’ve ever read or ever will readout of the water.