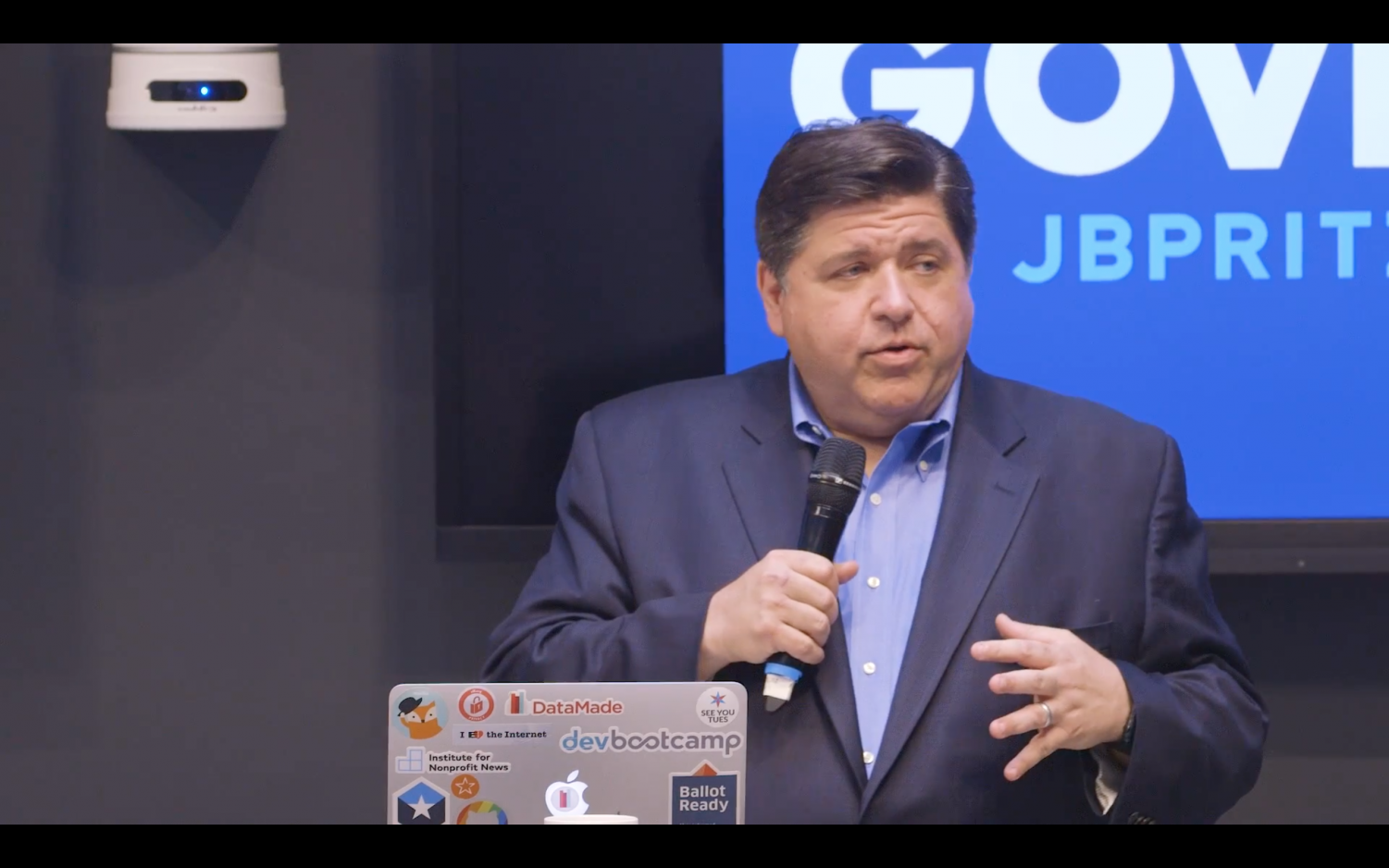 Pritzker announces five-step ‘Reopen Illinois’ plan; ‘We are very conscientious that there are people who cannot pay their bills and cannot provide for their families’

According to Pritzker, the challenge of regulating 60,000 square miles under one set of guidelines is not feasible.

“We are one Illinois, but we are also one Illinois made up of 60,000 square miles,” said Pritzker. “Reality on the ground looks different in different areas of our state. So moving forward with Restore Illinois, we’re looking at the state as four regions, each of which can move through phases at different times.”

According to Pritzker, Illinois currently resides in stage two. Pritzker modified his May 1 stay-at-home order, which marked the beginning to phase two, to advance the reintroduction of recreational activity.

Drive-in theaters are now authorized to operate under the current stay-at-home order. As recommended by Mayor Joe Judge of Mount Carmel, elective surgeries will resume in hospitals possessing the capacity to accommodate non-emergency patients. Furthermore, mammograms and other crucial medical services previously deemed nonessential will resume.

Pritzker states that as Illinois approaches the third phase of Reopen Illinois–which involves the reopening of nonessential businesses such as hair salons, health clubs and restaurants–face masks will become the new standard.

“Healthcare regions that meet certain thresholds will be able to move to phase three,” said Pritzker. “At that point, with face coverings as the norm, nonessential manufacturing and other manufacturing can open in accordance with safety guidance.”

Advancement to both stages three and four are predicated on a predetermined set of metrics, according to Pritzker. Regions must retain at test-positivity rate of 20% of lower while maintaining a rate below 10% over a 14-day period. Additionally, regions must not “have an overall increase or must have maintained overall stability in hospital admissions for COVID-like illness over 28 days.”

The earliest a region can reach stage three is May 27.

Pritzker named the fourth phase of Reopen Illinois “Revitalization.” Phase four is highlighted by reestablishing workplace and academic norms to encourage reopening economies while maintaining measures aimed at blunting the transmission of COVID-19.

However, Pritzker cautioned that the only way Illinois could fully reopen is with the availability to a vaccine or other treatments capable of stunting COVID-19. According to the Illinois governor, stage five, or “Illinois Restored,” cannot be attained until certain parameters are reached.

“Until we reach the other side of this pandemic, the only way we can reach phase five, ‘Illinois Restored,’ with all the sectors of the economy running with completely normal operations is with a vaccine or a widely available and highly effective treatment or with the elimination of any new cases over a sustained period of time.”

Major events in Illinois will be postponed until stage five is reached.

Dr. Ngozi Ezike began the press conference by announcing that 176 Illinois residents perished from the novel coronavirus COVID-19 pandemic over the past 24 hours, the state’s largest single-day death toll stemming from the virus.

Ezike warned against succumbing to “cabin fever,” reminding Illinois residents of their collective responsibility to protect elders from an “invisible enemy.”

Ezike also acknowledged the financial strains imposed by stay-at-home mandates. “We are very conscientious that there are people who cannot pay their bills and cannot provide for their families and that’s extremely distressing,” said Ezike. “But when they take that chance, it may have repercussions for others that cannot make that same choice.”

“Just as public health indicators will tell us when to move forward at anytime, they can also signal that we need to move backward,” said Pritzker. “Moving backward is honestly the last thing that anyone wants to do. But if the virus begins to attack more people or the healthcare system are heading toward becoming overwhelmed in any region, swift action will need to be taken.”