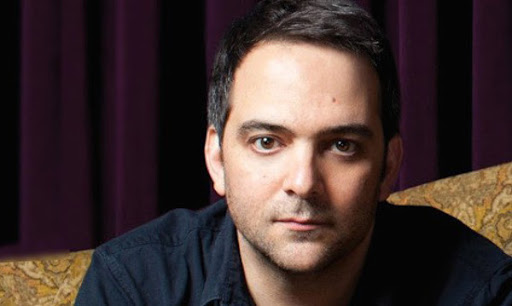 On Tuesday, Fountains of Wayne vocalist and co-founder Chris Collingwood shared a statement from Schlesinger’s family via Twitter.

“Thank you for the outpouring of love for Adam and his family,” read the message. “Adam has been hospitalized with COVID-19. He’s on a ventilator and has been sedated to facilitate his recovery. He is receiving excellent care, his condition is improving and we are cautiously optimistic.  His family appreciates all the love and support.”

Schlesinger rose to fame as a member of Grammy Award-nominated Fountains of Wayne, whose hit single “Stacy’s Mom” earned RIAA gold-certified status. “Stacy’s Mom” was also featured on Now That’s What I Call Music! 14, a compilation album that peaked at No. 3 on the Billboard 200 chart.

Throughout his career, Schlesinger collected three Emmy Awards, one Grammy Award and an ASCAP Pop Music Award. He also earned nominations for an Academy Award, a Tony Award and a Golden Globe Award.

In addition to Fountains of Wayne, the New York native founded two indie bands–Ivy and Tinted Windows–and is crediting as a songwriter for Brooklyn-based synth-pop duo Fever High.

Despite modest ticket sales, Fountains of Wayne developed a cult-like following for their relatable narratives and boyish novelty. The music video for “Stacy’s Mom,” featuring supermodel Rachel Hunter, operated as a tongue-in-cheek illustration of the torments of puberty-fueled fantasy.

Schlesinger experienced success in other mediums as well, writing the poppy and anthemic theme song for the Tom Hanks-directed “That Thing You Do!,” earning him both an Oscar’s and Golden Globes nomination. His sole Grammy Award stemmed from his work alongside David Javerbaum on A Colbert Christmas: The Great Gift of All, which won a Grammy Award for Best Comedy Album.

Schlesinger and Javerbaum once again teamed up to compose “It’s Not Just for Gays Anymore” and “If I Had Time,” sung and performed by Neil Patrick Harris as the opening number for the 65th and 66th Tony Awards telecasts, respectively. The songs earned Schlesinger two Emmy Awards.

The New York native also received praise for his work on Sesame Street and the CW hit television show Crazy Ex-Girlfriend while earning a Tony nomination for Best Musical and Best Original Score for his contributions to the musical Cry-Baby.

Following news of Schlesinger’s passing, the entertainment community offered an outpouring of support. ““There would be no Playtone without Adam Schlesinger, without his ‘That Thing You Do!,’” tweeted Hanks, who recently recovered from his own coronavirus diagnosis. “He was a One-der. Lost him to Covid-19. Terribly sad today.”

Power pop legend Rick Springfield, best known for his hit single “Jessie’s Girl,” tweeted: “Adam Schlesinger was one talented man and the world will be a less tuneful place without him. I wrote a few songs with him when I was living in New York and he had a brilliant gift for melody. Love and healing to his family #AdamSchlesinger”

New Jersey Gov. Phil Murphy chronicled Schlesinger’s accomplishments, writing, “From his work with @fountainsofwayn to his award-winning credits in TV, movies, and stage, millions of fans caught that radiation vibe Adam Schlesinger was groovin’ on. A sad, sad loss for Jersey’s music scene.”

Adam Lyons Schlesinger was born in Manhattan, N.Y., on Oct. 31, 1967 before relocating to Montclair, N.J. Schlesinger attended Williams College in Massachusetts, where he studied philosophy.